Welcome to the VGChartz Sales Comparison Charts monthly discussion thread for the September charts. Everyone is welcome to join the discussion and post any charts I forget to post. View the list of September articles here.

This monthly series compares the aligned Japanese sales of the Nintendo Switch and Nintendo DS.

The DS launched in December 2004 in Japan and the Nintendo Switch launched in March 2017. Therefore, the normal holiday periods and the Japanese Golden Week holiday for the two consoles do not lineup. 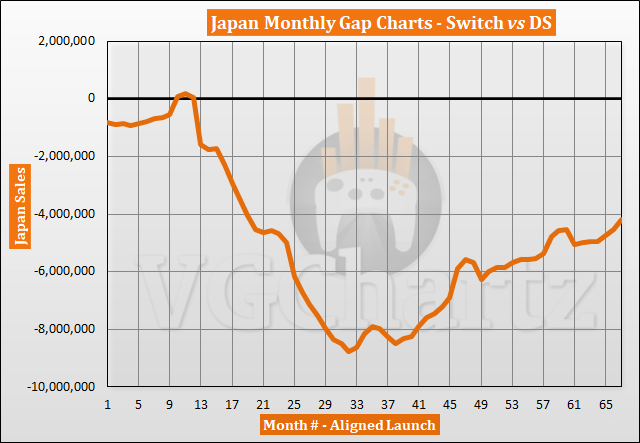 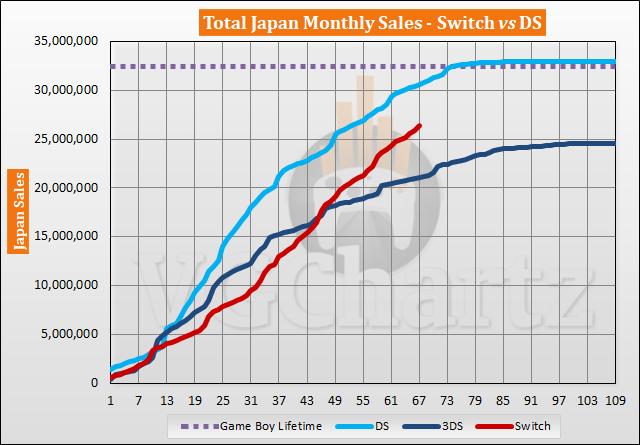 September 2022 is the 67th month that the Nintendo Switch has been available for in Japan. During the latest month, the Switch has outsold the DS by 348,421 units when you align the launches.

The 67th month for the Switch is September 2022, while for the DS it is June 2010. The Switch has sold 26,41 million units, while the DS sold 30.60 million units during the same timeframe. The DS sold current Switch sales in month 31.

However, it died really bad after week 73, so Switch has a chance.

It needs a bit over 6.5 million to surpass the DS in Japan. At the end of this year that gap will likely be down to around 5 million. If Nintendo supports the Switch through 2023 and the Switch successor doesn't launch until 2024 or later it should end up ahead.

I think the Switch successor will release in 2024.

Worst case scenario, we start to see rumors for it late 2023 and people suddenly stop purchasing the Switch, waiting for the successor. But that may not happen at all.

I agree. March 2024, 7 years after the release of the Switch, is the earliest I see a Switch successor launching.

Ironically since last time I said this, the Switch’s line has gone up a bit in Switch’s favor, but overall the gap difference seems to be flattening out slowly but surely. And obviously a flat line means it’s not getting closer and then it won’t overtake. When it’ll be completely flat is still up in the air though. It will be close either way. Switch will either end up just below DS and GameBoy, or beat both.

That's wrong. In the last three months alone Switch has caught up by close to a million units.

But more importantly, the DS is fast approaching its final lifetime figure, meaning that in six months from now it will be almost finished. Or in other words, from here on out it will only add 2.4m more to its current LTD figure. So in seven months from now (that's from April 2023 onwards) Switch will begin to gain rapidly on the DS, because Mario Kart 8's DLC support already tells us that Switch will be well supported all through 2023.

I don't think it will be close in the end. There's at least one more major Switch revision left, so ultimately Switch should end up ahead by at least one million units.

This monthly series compares the aligned sales of the Xbox Series X|S and Xbox 360 in Japan, as well as looking at lifetime original Xbox sales and Xbox One sales. 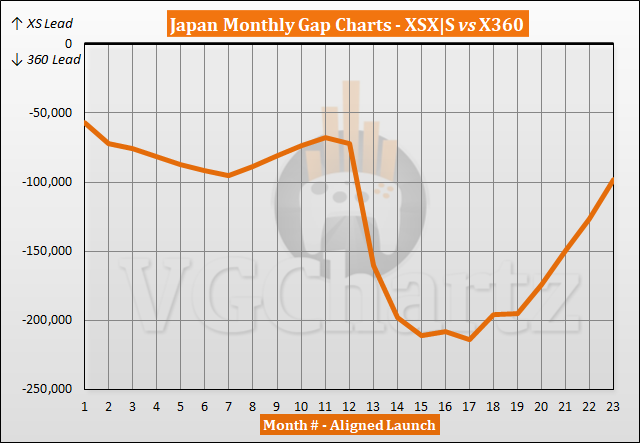 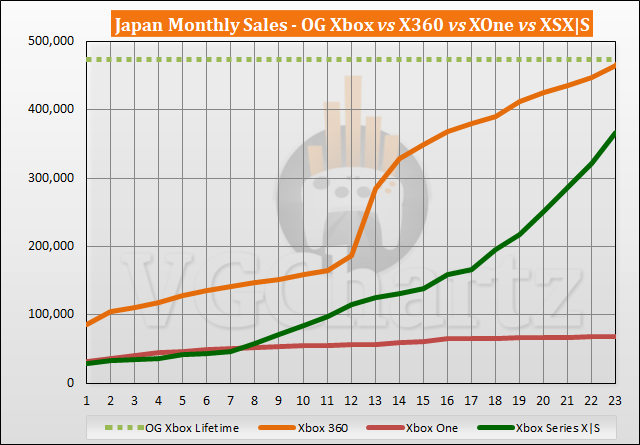 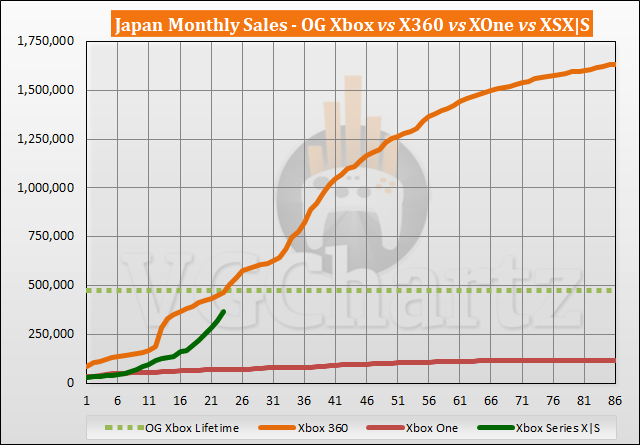 next comparison in line - XBSX vs Wii U in japan