Forums - Nintendo Discussion - How well do you think Metroid Dread will sell?

2) 2D are cheaper to produce, but that's not the point. The point is the perceiving value of a 3D game is overall higher than a 2D game, you can bring the 2-3 Nintendo games the are exception to this rule, but it doesn't change the overall market perception that 3D games are the true blockbusters in the industry. Maybe for you 2D game worth the same as 3D games, but I assure you not everyone share this view.

The perceived value is prceived differently by people. I am wary of devs that point out their super duper shiny models and lots of polygons, that is often a sign of shitty production as if the devs perceive their polygons as the most important thing, that usually means the areas that are actually important are neglected. As I am not a fan of metroidvania or platformers in general, let me show an example closer to my heart: looking at it Child of Light has a much higher value than this 'I kill Chaos' shit Square showed off a few days ago. Hell, Octopath Traveler has much higher value, and now that I think about it, the same shit about the 2DHD-style makes it not worth full price was already pulled for Octopath.

Nope, a game isn't automatically worth more if it switches from 2D to 3D or less if it is the other way around.

Production value has more to do with prices than you think. The point here is you are inverting the logic, the price is not defined by the production value, rather is the production value that is defined by sales potential and sales potential is generally estimated by platform userbase, branding, marketing and selling price. Of course it's not a exact equation, that's why studios can easily bankrupt if they overestimate how much a game will sell and how much customers are willing to pay. RDR is a game that is 60 bucks because the potential of sales for it is over a dozen million copies at 60 USD

Nintendo likes to keep their game for 60 USD is, and of course they estimate their budgets accordingly. However it doesn't prevent them to release something cheaper once in a blue moon, if they understand it's absolutely necessary to get additional sales, they did that with Builder Garage meaning they are absolutely conscious that lower prices indeed drive sales

They just made a decision with Metroid Dread, they are purposely sacrificing sales here because they want to sell this game a full fledged title, not just a side spin off. But yes they are sacrificing sales, there isn't a debate here. Maybe Dread proves me wrong and manage to sell over 3 million copies, I would be really happy, but I don't see why is hard to admit its potential are being compromised by the price tag here

Why should a new long awaited Metroid game, the first in HD too, not be able to outsell the 2.84 million copies that Metroid Prime sold.
It has everything going for it, it looks great, the reaction to it was overwhelmingly positive thus far, on Amazon it outsold everything else in preorders in Japan, Germany, the UK and the US (didn't look at others).
I see it selling easily over 3mil and up to 4mil, maybe even close to 5mil, but that won't be as easy.

Metroid Dread is a 3D game with a side view. All models and levels are made in 3D, sometimes the camera even shifts. For this game the argument of 2D being cheaper to produce is nonsensical.

The problem is the are MORE people are willing to perceive value in 3D games compared to 2D games than people than people willing to see equal value in 2D and 3D games. Octopath Traveller offers us a over 70 hours journey play-trough portraying 8 different characters each one with a well written and enjoyable story, different gaming mechanics, an open-world map, a fairly well smart and balanced battle system that adjusts automatically to your party to grant you a smooth experience and learning curve

OT is very similar to Dread imo, both are unapologetically old school, and they are using all their classic mechanics as their raw force and this indeed work, or at least secure some some ground in a market full of 3D games popping up every week, but they will never have the same potential of those 3D games, that's the sad reality

You can ignore this part of the post then, it wasn't relevant to my argument 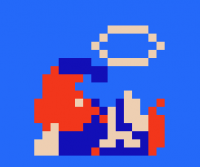 This is pretty much the exact post I was about to make.  If the reviews are good then my prediction is 3+ million.

I'm sorry but no, prduction values are irrelevant to the final price. A company can spend hundreds of millions on dollars on one product and at the same time only a few dollars on another product but still offer both for the same price if they want to. When you say platform userbase, branding, marketing and selling price, you mean demand and yes I agree with this very much. What defines the price is the expected demand, and Nintendo realizes that the demand for this game is very high, so they have zero reason to offer this game at a lower price. And yes, their approach to pricing is a strategic one. They don't drop prices like almost everybody else in the business because they simply don't want to, I also agree, and they have their reasons. Strong branding is a big reason behind it, you already said that as well. We actually agree on a lot, just not on the production values thing.

Maybe people don't see worth in a game, because it foregoes 3D. That is their loss. But then they shouldn't claim that the game isn't worth 60$, just that it isn't worth 60$ to them. I feel like a lot of games aren't worth that price to me. Still, I can accept that these games offer this value to other people. That is what I am discussing. Judging a game on 2D vs. 3D is a very shallow view.

I could easily declare Marvel's Avengers isn't worth $60, or Fallout 76, or Outriders or the Tomb Raider reboot. And I could give this some foundation. But do you really think we can have a serious gaming discussion, if everyone says each game he for some reason dislikes isn't worth the asking price? If people dislike that Metroid Dread is 2D and they don't want it for that reason, that is fine, just say so. But claiming it is not worth it because - reasons - is disingenious. Why should a 2D game not worth a full price, but a game that is released buggy, or lacking content or is too much streamlined or is linear is worth 60$ or even recently 70$? That does not make sense at all. The point here is, that if people said they don't like 2D games it is all fine, after all it is a different genre as I explained before. But claiming it is not worth it's price is not just stating their own opinion, but undermining the value others see in it.