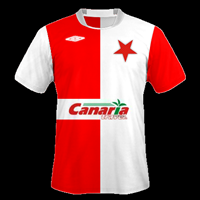 Anything else is just Miss Nostalgia painting everything pink. Now we have casual games, hardcore games, indie games, cinematic games, free-to-play games, mobile games... there's something for everybody, you can spend every free minute playing and it's much less about graphics than it used to and more about uniqueness. Only this decade could have brought things like Minecraft, Undertale and Dark Souls.

The golden age of gaming, the 1990's. I don't believe we'll ever see a decade with that caliber of games again.

2000s (at least for me). My first decade into gaming, but also one full of new franchises. Mass Effect, Battlefield, Halo, COD, Fallout (into the 3d), Uncharted (yes, I use to have a PS3 :)), Bioshock, Super Mario Galaxy, and many more.

The 90's. Everything was possible or just around the corner and there was no internet full of gamers complaining about every little thing :) No 3 year wait for something to show up or not. There were too many new things anyway to look ahead that far.

Yeah, the internet crap is a big deal.

I was starting to get a bit disappointed with Star Fox Zero because of the extreme air of negativity surrounding the game on the internet, but then when I met my friends at a Smash tourney yesterday, it was so uplifting to hear they think the game is awesome and stuff.

That's tough. For me it's a dead heat between the 90s and to 2000s. 90s I have great memories: Smash, Banjo Kazooie, Super Mario World, Kirby Superstar, Chrono Trigger, Ocarina of Time, a lot of exceptional games and of course Sony and PC were doing pretty great too. But the 2000s saw the Metroid Prime trilogy, Melee, the original 3 Halo games, Morrowind and Oblivion, Medieval 2: Total War, Super Mario Galaxy, Wind Waker, Twilight Princess, BioShock, I mean it's another astounding list. Not to say 2010 on has been bad, I think there's been some great stuff but 1991 to 2010 feels like the golden age in my opinion.