Forums - General Discussion - The Mark of the Beast

Alternatively, it is a garbled metaphor that has no real way of objectively interpreting. Thats largely how many of these prophecies survive. They put the onus of interpretation on the believer so they can never be disproven. If someone is wrong, the fault lies on the interpreter, not the original text. Meanwhile, the end will always be just around the corner.

Remember, this head is one of seven heads of a leopardbearlion. How objectively can we truly interpret a line about the healing of a wound on this "beast"?

EDIT: Also, as you say, Revelations is written through the eyes of one 2000 years ago. It is interpreted through the lens of the time in which is was written, and it is continues to be interpreted in modern lenses as time progresses. As medicine has developed, how many times have people exclaimed "This new technology is marvelous! This must be what is referred to in Revelation"? By inviting interpretation, it asks you, the reader, to place it within the framing of your world, which is why it will always feel as if it applies to the present.

When in history apart from Christ has any human cheated death properly speaking? That they fully died, were decomposing and revived, to a point where people can't believe their eyes?

Also, don't forget that if you take the pieces together, some possibilities are impossible. How would we be looking at a war general that is a leopardbearlion?
"and they worshiped the beast, saying, “Who is like the beast, and who is able to wage war with him?”"

He is referred to as him, someone against who war can be decalred, but is too powerful that nobody would dare. He is a leader of a region of the world.

The problem is that if you take pieces out of context and are not familiar with the whole picture, it's like trying to make sense of a movie after only having seen a single frame. It will never work.

Pretty sure this never happened. As in, including Christ.

It’s futile to argue with someone who thinks he’s got everything figured out. We should all believe in his word, for he is the incarnation of omniscience.

So you want to keep pretending like you know the prophecies to be able to judge them?

What do you know exactly? I don't believe you had any proper prior knowledge, or direct contact with the prophecies (such as reading them in the scriptures) prior to entering into debate with me.

You're at Ultra Instinct Omen level. 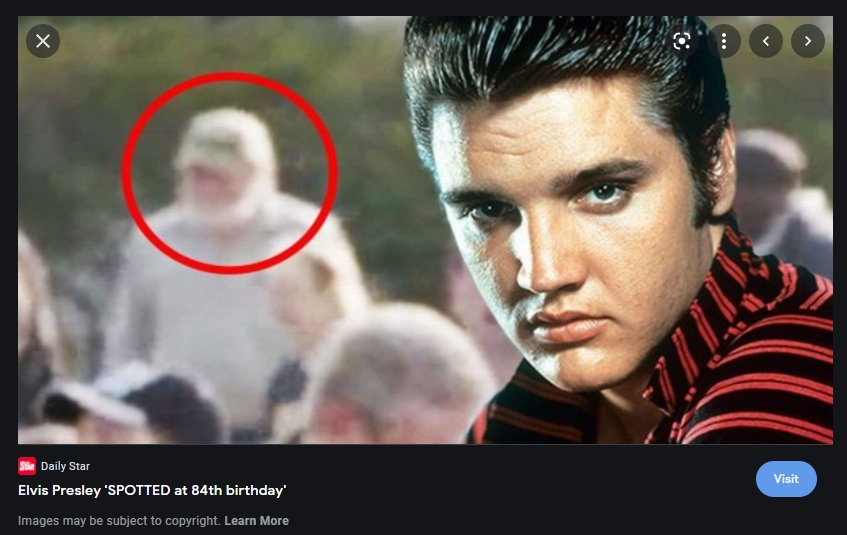 I have fully read the Bible multiple times. Take that as you will.

And no, I am not going to keep this going. As history have shown me this would be an exercise in futility.

Leave it at “ I put you in the enemy position”. Lol

Despite your lack of belief in something recorded historically in a way that is more trusted than Julius Cesar himself due to historical and archeological evidence, you concede that nobody has ever cheated death.

Then why would you say that the prophecies of the end times were always possible? You read the bible with your eyes closed?

A temple is required in Jerusalem for the end times to occur, and it was destroyed in 70CE

2 Thessalonians, an epistle written by Paul the Apostle, someone different from the John who had the visions in the book of Revelation.

The Man of Lawlessness

2 Concerning the coming of our Lord Jesus Christ and our being gathered to him, we ask you, brothers and sisters, 2 not to become easily unsettled or alarmed by the teaching allegedly from us—whether by a prophecy or by word of mouth or by letter—asserting that the day of the Lord has already come. 3 Don’t let anyone deceive you in any way, for that day will not come until the rebellion occurs and the man of lawlessness is revealed, the man doomed to destruction. 4 He will oppose and will exalt himself over everything that is called God or is worshiped, so that he sets himself up in God’s temple, proclaiming himself to be God.

5 Don’t you remember that when I was with you I used to tell you these things? 6 And now you know what is holding him back, so that he may be revealed at the proper time. 7 For the secret power of lawlessness is already at work; but the one who now holds it back will continue to do so till he is taken out of the way. 8 And then the lawless one will be revealed, whom the Lord Jesus will overthrow with the breath of his mouth and destroy by the splendor of his coming. 9 The coming of the lawless one will be in accordance with how Satan works. He will use all sorts of displays of power through signs and wonders that serve the lie, 10 and all the ways that wickedness deceives those who are perishing. They perish because they refused to love the truth and so be saved. 11 For this reason God sends them a powerful delusion so that they will believe the lie 12 and so that all will be condemned who have not believed the truth but have delighted in wickedness.

13 But we ought always to thank God for you, brothers and sisters loved by the Lord, because God chose you as firstfruits to be saved through the sanctifying work of the Spirit and through belief in the truth. 14 He called you to this through our gospel, that you might share in the glory of our Lord Jesus Christ.

15 So then, brothers and sisters, stand firm and hold fast to the teachings we passed on to you, whether by word of mouth or by letter.

16 May our Lord Jesus Christ himself and God our Father, who loved us and by his grace gave us eternal encouragement and good hope, 17 encourage your hearts and strengthen you in every good deed and word.

And in the book of Mark, chapter 13, the words of Christ:

20 “If the Lord had not cut short those days, no one would survive. But for the sake of the elect, whom he has chosen, he has shortened them. 21 At that time if anyone says to you, ‘Look, here is the Messiah!’ or, ‘Look, there he is!’ do not believe it. 22 For false messiahs and false prophets will appear and perform signs and wonders to deceive, if possible, even the elect. 23 So be on your guard; I have told you everything ahead of time.

24 “But in those days, following that distress,

“‘the sun will be darkened,
and the moon will not give its light;
25 the stars will fall from the sky,
and the heavenly bodies will be shaken.’c]" style="font-size: 0.625em; line-height: normal; position: relative; vertical-align: text-top; top: auto; display: inline;">[c]

26 “At that time people will see the Son of Man coming in clouds with great power and glory. 27 And he will send his angels and gather his elect from the four winds, from the ends of the earth to the ends of the heavens.

28 “Now learn this lesson from the fig tree: As soon as its twigs get tender and its leaves come out, you know that summer is near. 29 Even so, when you see these things happening, you know that itd]" style="font-size: 0.625em; line-height: normal; position: relative; vertical-align: text-top; top: auto; display: inline;">[d] is near, right at the door. 30 Truly I tell you, this generation will certainly not pass away until all these things have happened. 31 Heaven and earth will pass away, but my words will never pass away.

The abomination that causes desolation is a reference to a pagan Greek king Antiochus IV who offered pagan sacrifices in the temple instead of the Jewish offering.

From Wikipedia, the free encyclopedia
Jump to navigationJump to search 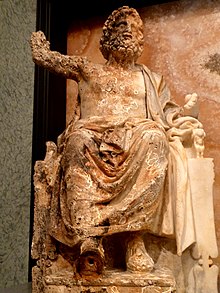 "Abomination of desolation"[Notes 1] is a phrase from the Book of Daniel describing the pagan sacrifices with which the 2nd century BCE Greek king Antiochus IV replaced the twice-daily offering in the Jewish temple, or alternatively the altar on which such offerings were made.[1] In the 1st century CE it was taken up by the authors of the gospels in the context of the Roman destruction of Jerusalem and the temple in the year 70,[2] with Mark giving Jesus a speech concerning the Second Coming,[3] Matthew 24:15-16 adding a reference to Daniel,[4] and Luke Luke 21:20-21 giving a description of the Roman armies ("But when you see Jerusalem surrounded by armies…"); in all three it is likely that the authors had in mind a future eschatological (i.e., end-time) event, and perhaps the activities of some anti-Christ.[5]