I thought Crysis had no fun gun play and awkward suit mechanics. At least the new remaster solves the problem of too good graphics.

People don't know what they're talking about when it comes to tlou. It has some of the most satisfying gameplay of any game. People must have played the game on easy difficulties. The game truly shines on hard/grounded mode. The sequel improves on the melee and gameplay vastly, and has the best shooting, fighting visceral action , physics, gore and enemy AI reaction of any game I have seen.

I think they are picking games/genres they don't like, rather than games with actual sup-par gameplay. And not looking at them objectively, without some negative bias.

Its also easy to pick on popular games :P

Well, to each its own, different strokes and all that...there's plenty of praised games that I find to be utter garbage.

I don't really have a dog in this fight -- I think TLOU is a great game, but not a transcendent one, so I guess I am somewhere in the middle -- but I take issue with your most recent comment. There is no looking at games "objectively". We all bring our subjective feelings and preferences to bear when evaluating a game. If someone dislikes stealth gameplay they are totally justified believing a game built around stealth gameplay is inferior.

Red dead 2. Absolutely gorgeous, but has some of the most generic, dull and dated gameplay I've ever played in a AAA release.

Well yeah opinions are subjective but calling gameplay poor without explanation and context  doesn't say much other than saying they don't like a particular type of game.

All I'm saying is that people are just picking on games they don't like rather like for various reasons because they maybe haven't played the games, or just outright don't like it rather than look at it fairly.

But whatever, opinions and all. I just lol'd at some of the games here which people think play badly :P When there are a plethora of games like Superman 64 which has awful gameplay.

I’m pretty sure you meant to say you disagree with other people’s opinions, not that “people don’t know what they are talking about”. I’m pretty sure people who played the games and came away with those opinions, do know what they are talking about. I could easily just say you don’t know what you are talking about. Also limiting supplies and making enemies do more damage isn’t really making the game more authentic or the way something is “meant” to be played, it’s just artificial challenge. Lastly if Grounded is how it’s meant to be played then it should have been there unlocked from day one.

I agree the gore and some of the fighting mechanics are spectacular. The rest of that, nah, but to each their own.

It also has awful graphics, which is why it doesn't qualify for this thread. 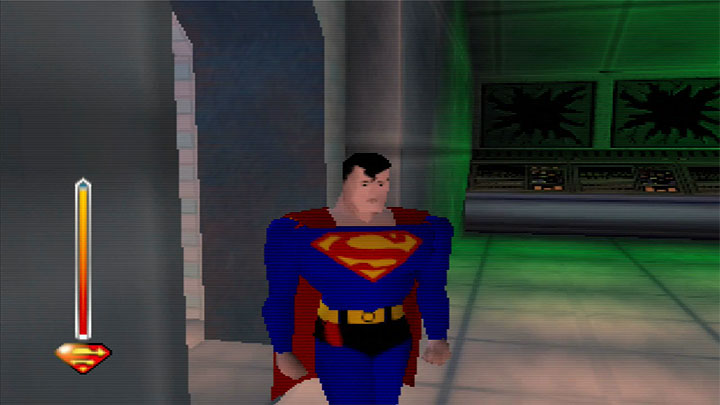 It seems to me a lot of people buy games on hype and looks, not whether they would actually like to play the game.

Open world games are always more safe since you can make your own game play. That doesn't mean you can't still call the game play bad. RDR2 had horrible mission design and a bounty system undermining the fun. However it was an amazing exploration, hunting, canoeing simulator.

Games like Uncharted, TloU, if you don't like the game play, not much else you can do. Same reason I stay away from Cod, Gears and Halo. I'm sure they have great game play for many people, just not for me.