The Last of Us - same problem.

Final Fantasy XIII - after 20 hours of basically walking through linear corridors I gave up. Loved the surroundings though.

Trine - I don't even remember which one I played on Wii U. People somewhat hyped the game as there wasn't much to play during Wii U launch. Graphics were nice but the gameplay was boring as hell.

Spyro - I know people love the remaster and it looks great visually, but the gem collecting just got repetitive for me. I'll give it another shot in the future.

Pikmin 3 - Visually great and the core gameplay is fine but it just was the weakest entry of the series for me with the stupid fruit collecting and the token time limit which really isn't a time limit at all if you are remotely good at video games.

I agree with Trine. The first one was pretty decent but didn't finish it, I lost interest quickly in the second one.

Ori falls in the same category for me, yet that's mostly due to the bad PC port. Maybe the game play is actually good yet on my PC it stuttered during every fight, making the game play awful.

That port didn't seem too bad in my PC

Thought it was ok. Liked Abzu better since it was purely offline and more focused. Flower...now that game is bullshit. Just a nothing game. Tho my fave Sony game on PS3 from this genre I guess released when PS4 launched so no one bought it. Lost in Rain or just Rain. Great game. Ico like.

Some people mentioning some indie games reminded me of Limbo. It's not exactly the highest fidelity game out there, neither is it exactly pretty, but the visuals and audio sure did a great job of setting up a dark and sinister atmosphere, the game felt so iconic and unique. Except, you know, the gameplay itself was boring. I was done with it within 3 hours, and only for the last half hour did I feel like anything interesting was going on, then you're just met with an abrupt ending and that's it. The whole thing felt like a big setup to something that never came.

That said, I still have some interest in Inside, it does look like a massive improvement. But Limbo soured me enough on it that I don't really feel that urge to ever try it out. Who knows, maybe I'll get to it someday.

I got bored really quick with Abzu, pretty but that was it. I loved Journey and Flower. Different tastes. I never finished Rain either :/

The first one in this category I remember ... Dragons Lair 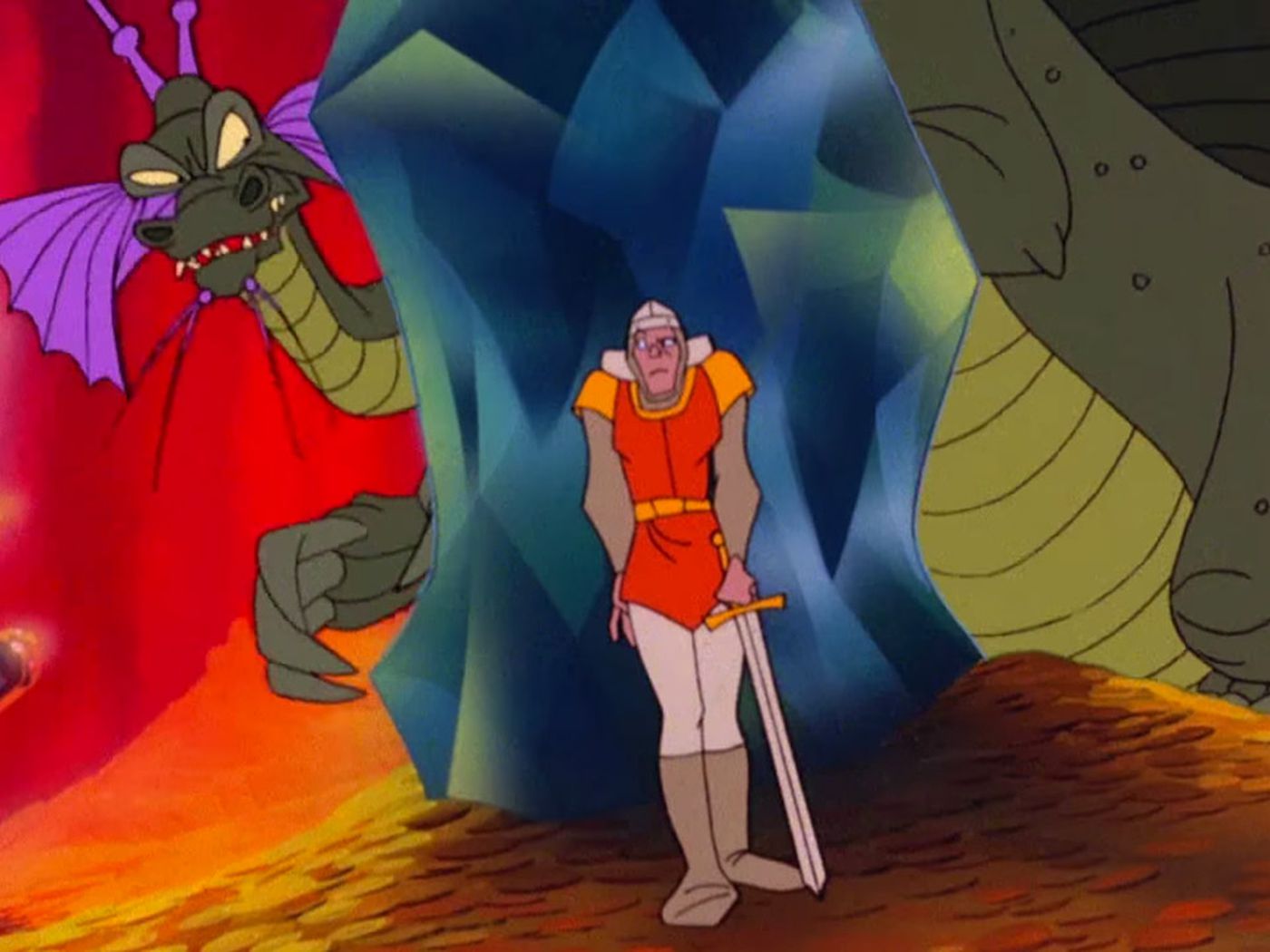 After 37 years the graphics have barely aged.

Earth shattering graphics for its time but to get those it was nothing but QTE. I still remember being blown away in the arcades when this came out.

As far as the Trine games I go, I feel that 1 and 4 are legitimately good games, while 2 and 3 are gorgeous to look at but tedious and frustrating to play.

Oh I totally agree. Not even really a game, just one very long and dull cutscene.