New 3ds upgrade was nothing compared to a 4k bump. There were only like two games made to utilize it's features, if I recall. Comparing that to this, with Nintendo supposedly telling developers to prepare to use 4k bumps for future games, and these are very different situations. I suspect the Switch Pro will sell a lot more than New 3ds, which will then give those same people buyers fatigue in a couple years with Switch 2. I care about Nintendo's success and I'm sick of the huge success/huge failure cycle they've gotten into the last 4 generations. I want them to have sustained success, and that means not sabatoging next gen success.

You do realize that a 4k bump is exactly what Microsoft and Sony did this gen right? Are you expecting people to not buy the next gen systems starting this Fall because they are all fatigued at having already bought a 4k system in the past few years?

This argument just makes no sense. An upgraded Switch is still a Switch. It's not gonna play different games. It's not a next gen Switch. If it uses DLSS for 4k that means it'll be a little bit higher spec Switch, which is something Nintendo normally does, that increases the resolution. It won't even be remotely comparable to a next gen Switch that comes out like 3 years later. Unless you think XSeries and PS5 are gonna fail because people already bought XBX and PS4 Pro, you can't be making this argument. And you seem to be vastly overestimating what a 4k bump means. 4k will be from DLSS, if the rumors about 4k are even true. The upgrade will probably be on par to New 3ds, not some vastly larger upgrade. DLSS provides 4k without needing a vastly more powerful system. Nintendo has never experienced buyer fatigue for the followin gen simply from releasing upgraded version of its current system, and PS5 and XSeries aren't gonna fail because the previous gen got mid-gen 4k upgrades, so why do you think this rationale applies only to the Switch?

1) I do think there will be plenty that bought PS4 pro and Xbox One X that won't upgrade for a while because of those recent purchases. Most don't want to spend hundreds of dollars on consoles every 2-3 years.

2) Lets review those past upgrades. GameBoy Advanced SP had a nicer screen and more convenient form factor, but I don't recall it upgrading resolution/graphics. DS Lite didn't have more power either.  I don't think DSI did either, just was quicker if I recall? New 3ds had a little more power, but only a couple games came for it exclusively.

Most people who buy a system don't buy it in the first couple years anyway. By the end of this year there will be about 75 million people who already own a Switch. Only a few million of them will upgrade to the new Switch model. An upgraded Switch won't affect Switch 2 sales several years later at all, it'll just increase Switch sales.

Also I think you are way overestimating what the upgraded Switch is. It's not running 4k native. It's not gonna be some vastly more powerful model. It is supposed to use DLSS to have 4k resolutions, which means it only has to be a bit stronger and I guess have more RAM. Sounds like this upgrade will be very on par with New 3DS. And do you really expect it to have games exclusive for it? I wouldn't expect any games to be exclusive for it. Anytime Nintendo has made an upgraded system (GBC, N64 expansion pack, DSi, New 3DS) there have been like 2-4 games that you needed the upgrade to run, so at most I would expect 2-4 exclusive games, but I think zero exclusive games is much more likely. The only possibility I see of any exclusive games would be because Nintendo said it will feature some new forms of interactivity, so there might be a few games that use that and can't be played on OG or Lite. I wouldn't expect any games to be exclusive to the upgraded Switch just because of increased specs - increased specs is just gonna make games go from current resolutions to 4k, or possibly clear up any framerate issues in whichever games have them. I think you are confusing the idea of 4k with thinking that means it'll play PS4/XB1 level graphics - that is not what anyone is talking about and there should be no expectation of that, that is what should be expected of Switch 2, not a slightly upgraded Switch model.

Don't let the 4k confuse you. DLSS allows that without a huge spec increase. This should on par with any of Nintendo's previous handheld upgraded models. There is nothing to suggest thing will in any way hurt next gen sales like 3 years afterward. Just like nobody expects PS5 and XSeries sales to be hurt from Pro and XBX.

Yea. It is definitely possibly by 2023 it could launch under $200. I could see the lineup at that point being something like Lite $150-$170, Home $150-$170, Pro (or whatever its called) dropping to $230, and the original discontinued. But knowing Nintendo I feel like they probably would release a Home version at $200 initially to make a real healthy profit and make the most profit from those who were just waiting for a non-portable Switch to come out, and then later on after Switch 2 launches maybe drop the price to $150 to get the impulse buy people who wouldn't be interested in Switch 2 for several more years.

And I, personally, think it will be released either on christmas on 2024 or early 2025.

Switch new model (I call it Switch 1.5) is coming early next year

It's already 3 years (maybe even 4 years) from Switch 1.5 to Switch 2. It's enough time, it's not like Switch 2 will suffer from huge demand for the Switch 1.5

People who buy a console late (half of the console lifecycles) won't buy Switch 2 on release either. They will wait to buy Switch 2 as well

There is also a point, Switch 1.5 and Switch 1 catalog will be 99% the same. It's just 1.5 will have better graphics and maybe more stable framerates, so late games will run more smoothly on 1.5, I also think some PS4/Xbox ports that will come from gargabe (Outer Worlds) to something more decent

Switch 2 games will be another thing entirely. Their games won't run on Switch 1, and probably won't play on Switch 1.5 either. I don't see how 1.5 released almost 4 years before and with much lower specs can affect Switch 2 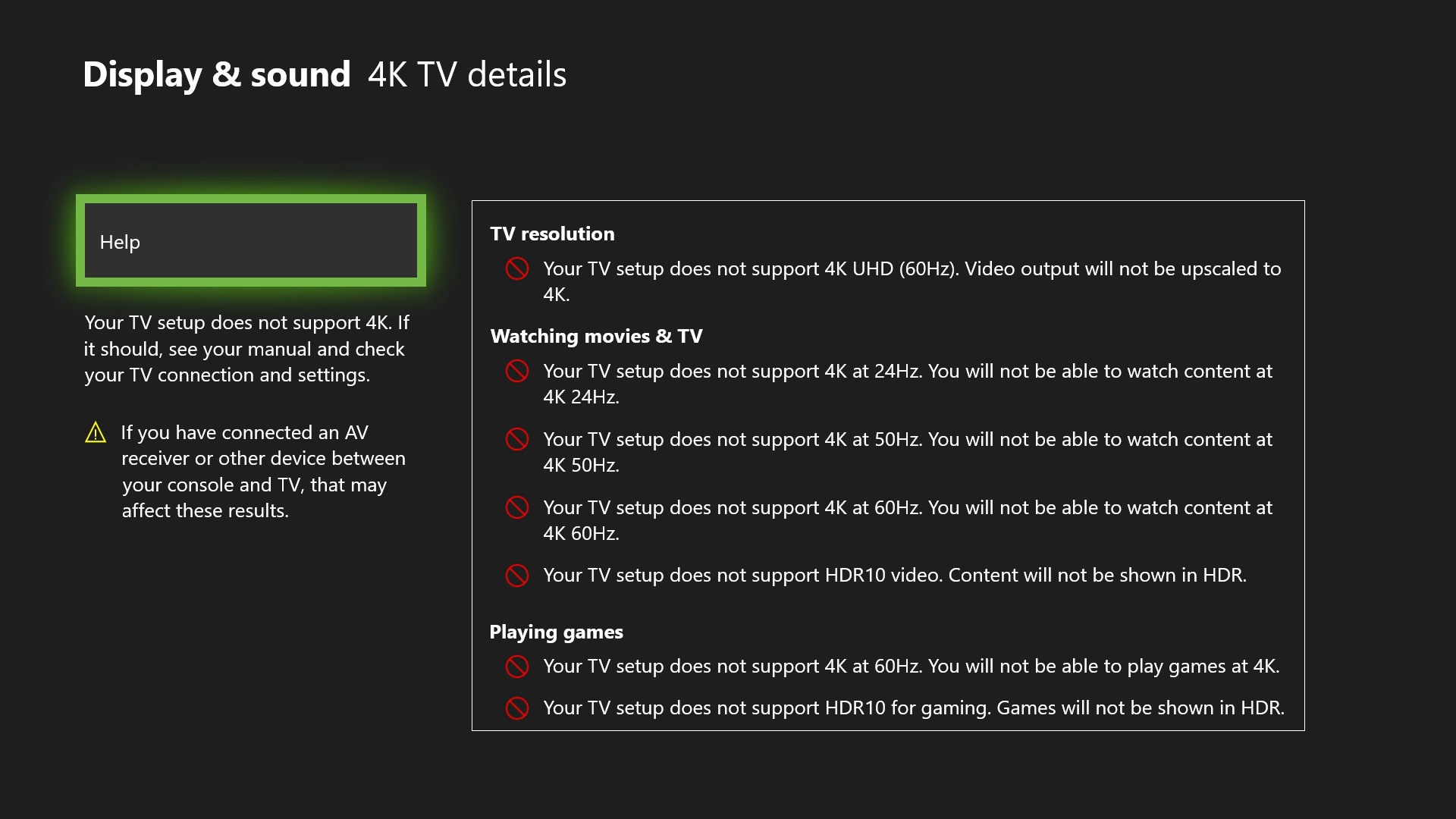 Edit: It seems I got this one wrong. It's not about outputting 4k. The output is 1080p, but the xbox downscales the 4k image internally(if you want to) down to 1080p. Compared to this, my old Bluray player was forced to output a 4k image, where the TV can't use this information. A TV itself can't downscale a 4k image down to 1080p. It would need a downscaler which supports 4k images. At least, mine couldn't. Thus it appears black.

The other thing that could become problematic for Switch is Switch emulators are actually start to pop up on Android phones.

Now that one is early and certainly doesn't run perfectly, but they're already adding updates every week. And Snapdragon 875 phones arrive in a few months, which will be a lot more powerful than the current 855/865 processor, letting emulators like this to run even better.

This one is also tied to a hardware controller that they're trying to sell, but it really doesn't take much for someone else to make an emulator that will just run off any controller (even Joycons themselves since they attach to smartphones anyway). In a year you could have some other emulator that runs a good deal better than this easily available.

Correct. The Xbox always renders a game at the resolution that the developers set it at, changing the display mode to 4k or 1080P doesn't change the resolution the game renders at, the Xbox will simply upscale or downscale to match internally.... Which means Supersampling if a game renders at 2160P on a 1080P panel... And it does result in a very very clean image.

You can get some Blu-Ray players that do the same.

It doesn't matter what you call the hardware, the moment games start coming out that are no longer playable on the original switch it will mean that the userbase will automatically set to zero.

Nintendo need to get their portable mode to a position that developers will always continue to use, that way people who do not upgrade can continue to play new releases. This is why I think they will have a Switch 2 and consider how they can continue to upgrade it for docked mode. Then through the dock that is where the upgrades would happen on a 3-4 year basis. However they will need to consider say a 12 year future if that is the path they want to take as eventually the throughput speed between the switch and the dock will cap out. By then streaming probably will be the future.