It would, but not in movement. Performance mode has lots of issues already due to checkerboard rendering. Any RT inclusions would have to drop the resolution as well. This is pretty much the max the ps5 can deliver at 4K30. The game uses 12 pre-baked light maps for the day night cycle, no real time global illumination either.

Some more delicious shots from lat night (after the patch) 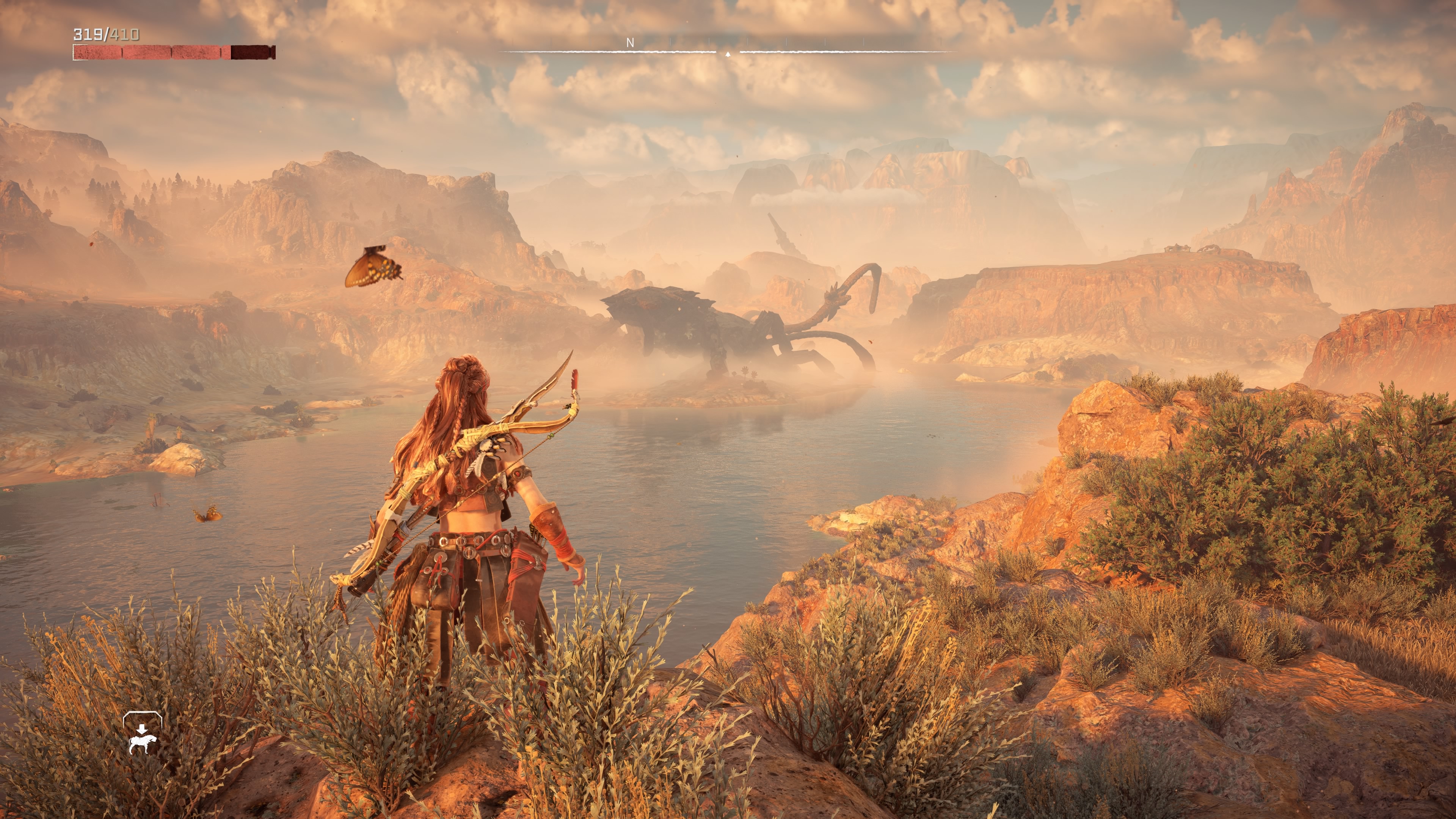 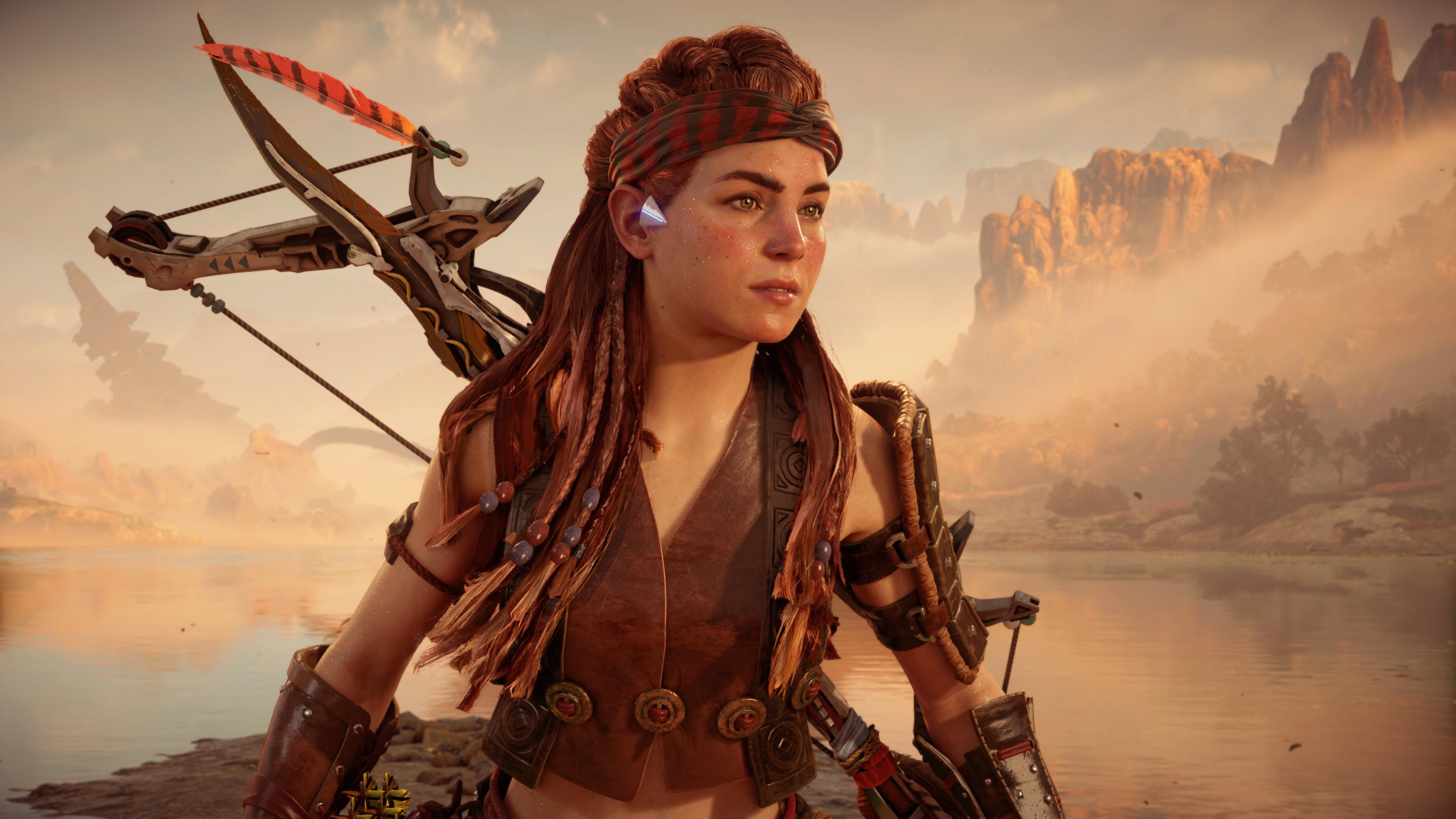 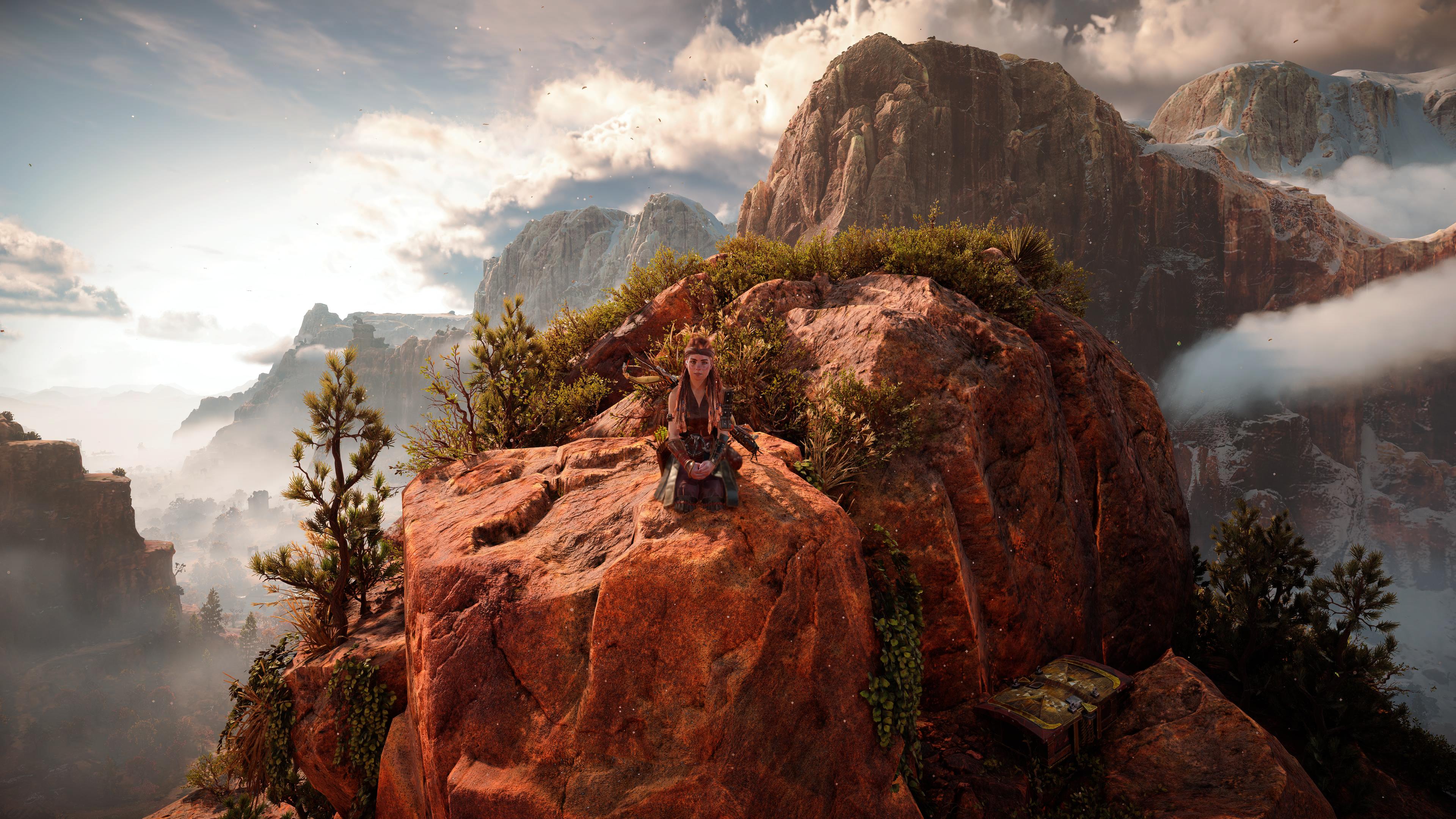 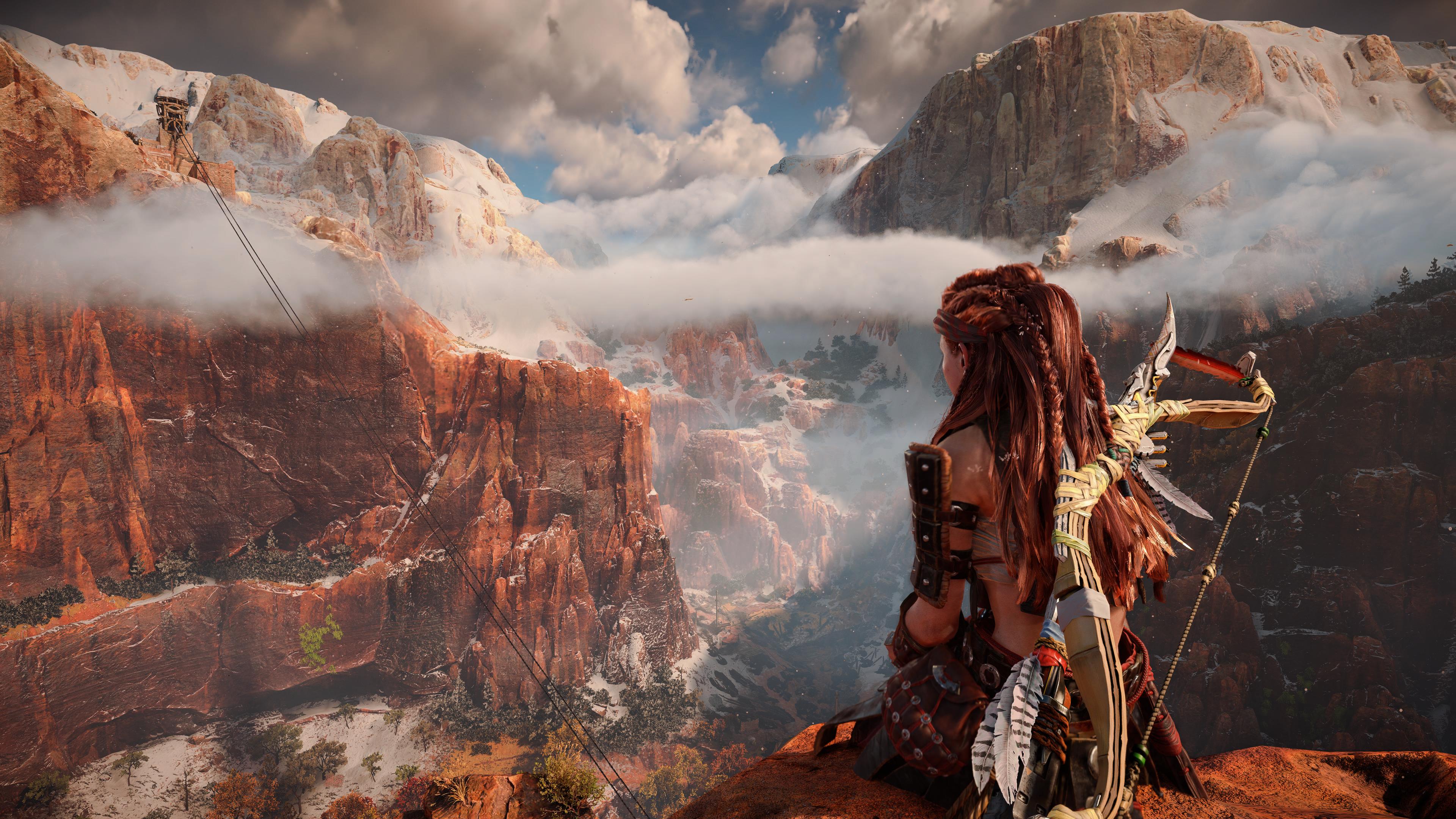 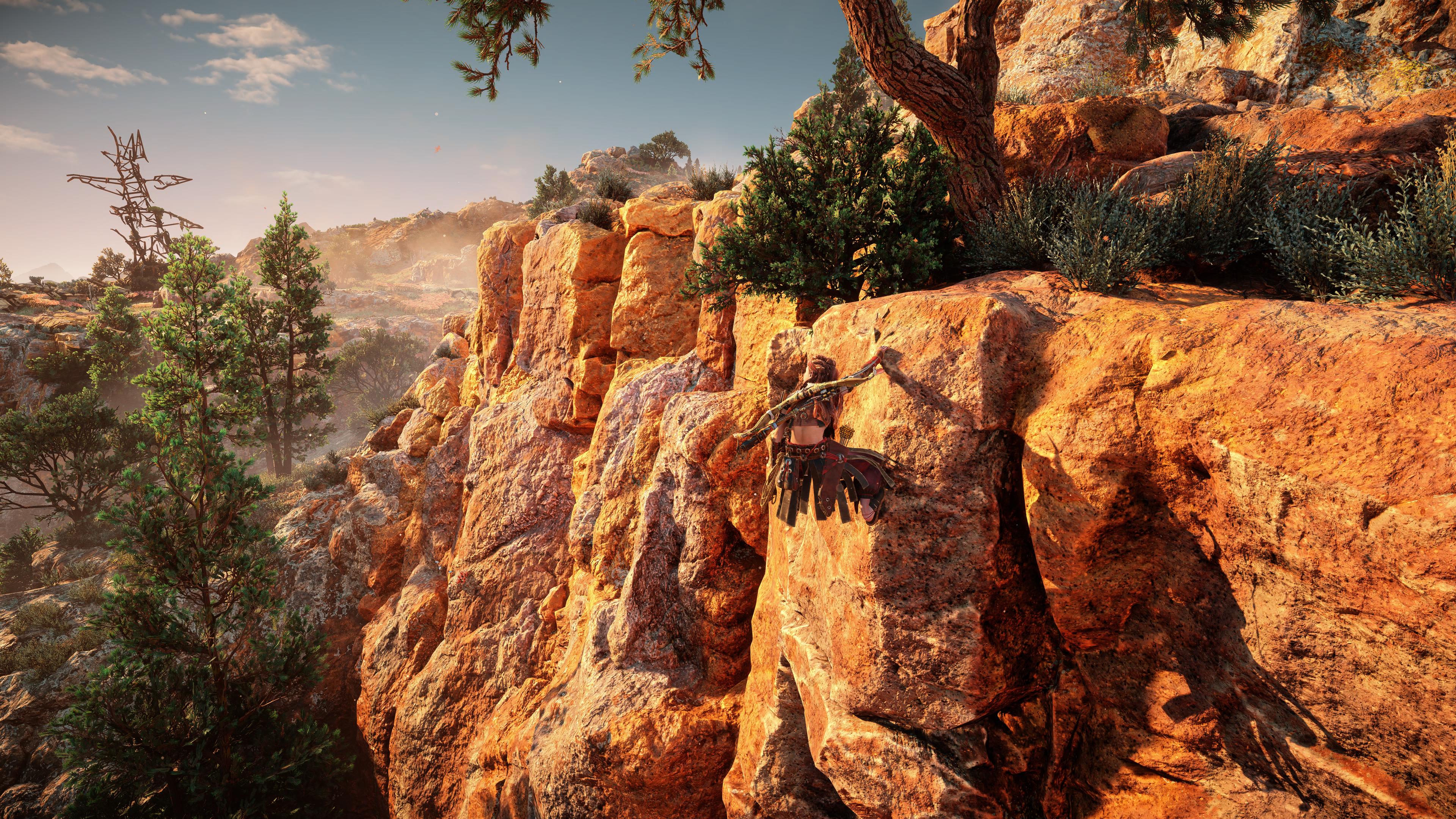 Seems like it matches what I expected, the sacrifices for RTX on the current build wouldn`t be worth it even if on resolution mode.

Ray traced illumination wouldn't be able to match the pre-baked light maps with that level of detail. The day night transition would be a little bit less jarring (although you only notice it in timelapse mode) and it would be a big sacrifice just to get some more natural looking shadows. Like in the last picture the shadow should be getting less strong with less sharply defined edges as the shadow stretches across the rock wall.

We'll see with GT7 how the lighting changes with real time lighting vs baked in lighting. Since not all tracks will have dynamic lighting, some with still have the ray traced light maps from GT Sport. GT7 only does some ray tracing in replay mode though, during races it's all old techniques.

RT is simply too expensive for the level of detail AAA games want to achieve on console. Maybe some smaller more stylistic games will start making full use of RT. However in AAA games it will remain a gimmick, an little enhancement here and there. The thought that RT would make it easier on developers (not having to pre-bake light / shadow / reflection maps anymore) is only true while making the game on powerful hardware. Instant preview when editing the world. It's going to take at least another gen before RT can become the standard way to render games.

For now we're stuck with screen space reflections and all the side effects that brings. Horizon FW does a decent job with reflections in water yet you always see it 'missing' / changing along the edges where the data isn't there. Shadows getting softer the further they extend can be faked without RT, yet pre-baking all reflections for dynamic day/night cycles would be far too much data.

Miles Morales and Ratchet made great use of RT on PS5, but yes it could have been prebaked and with the extra power put it into something else imho.

As promised, here's a look at Martha! Easily some of the best texture work I've seen (that Texel Density is really put to good use in this game, as well). Also, it does have raytraced lighting and reflections (had no idea until just last week)!

We'll start with the main character model, which looks stupendous in motion! Brings about more of those upgrades I said were coming to video games! Note: This is still pre-rendered on the engine, but it is using engine assets rather than being created on a PC. 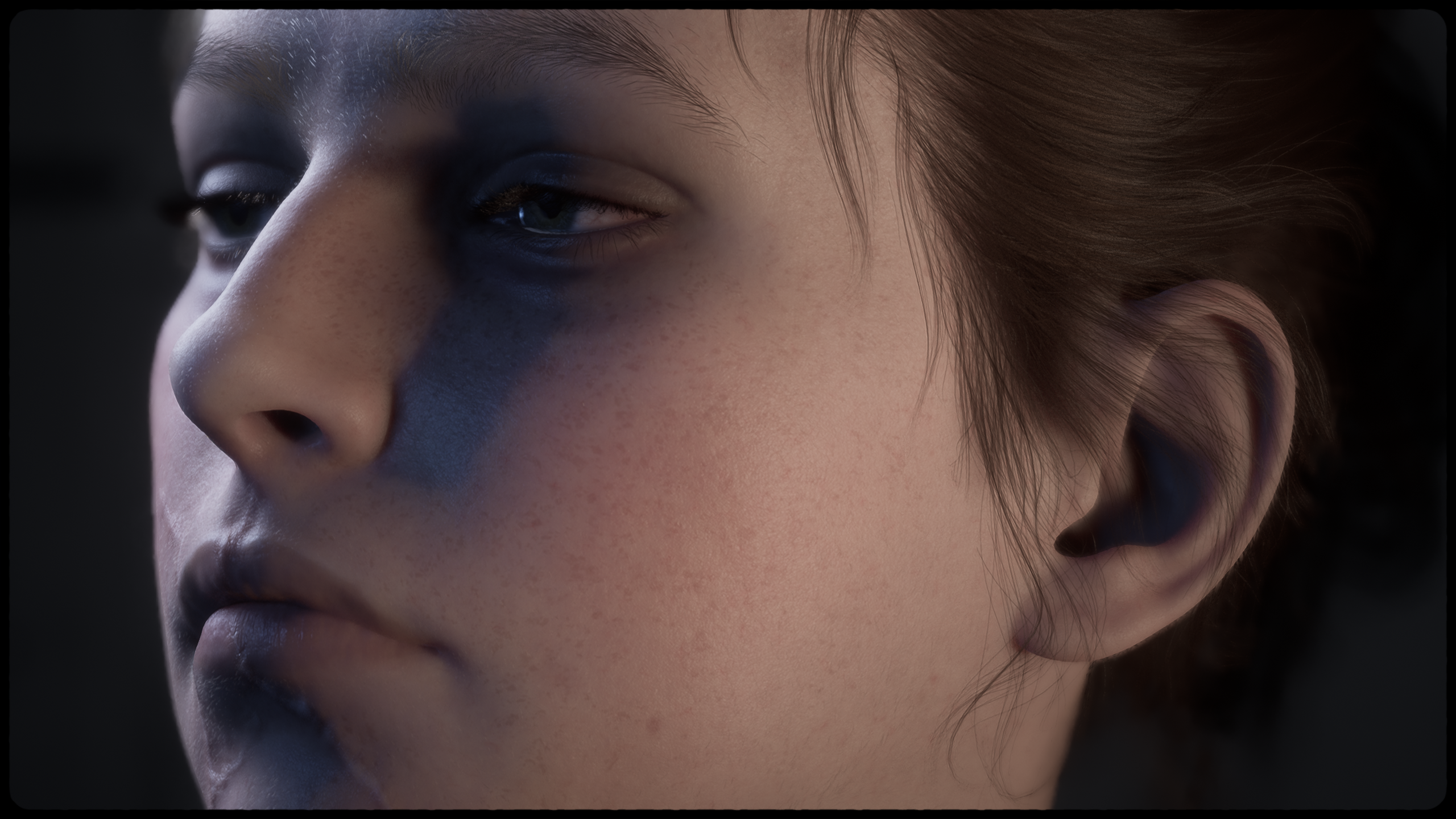 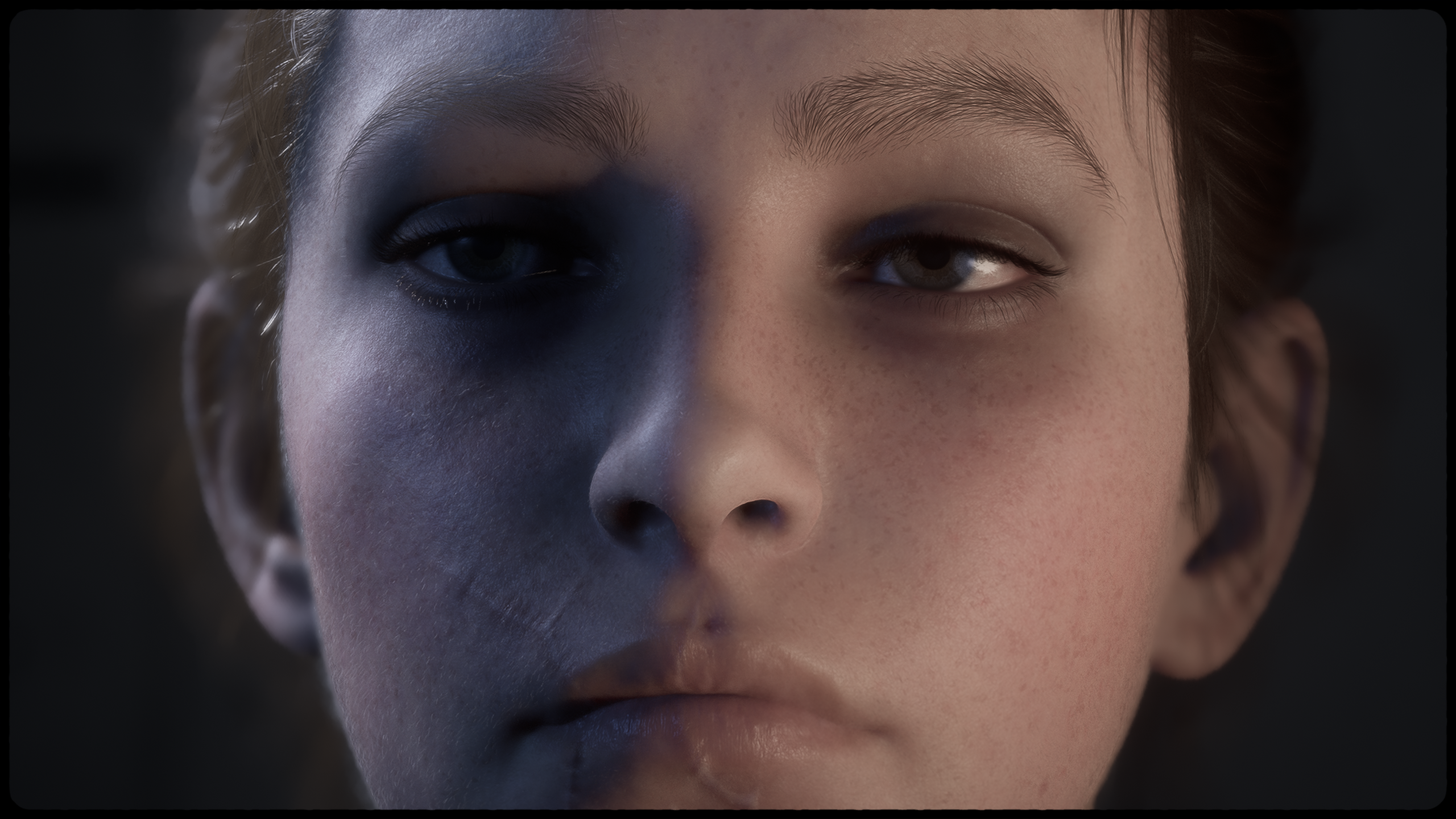 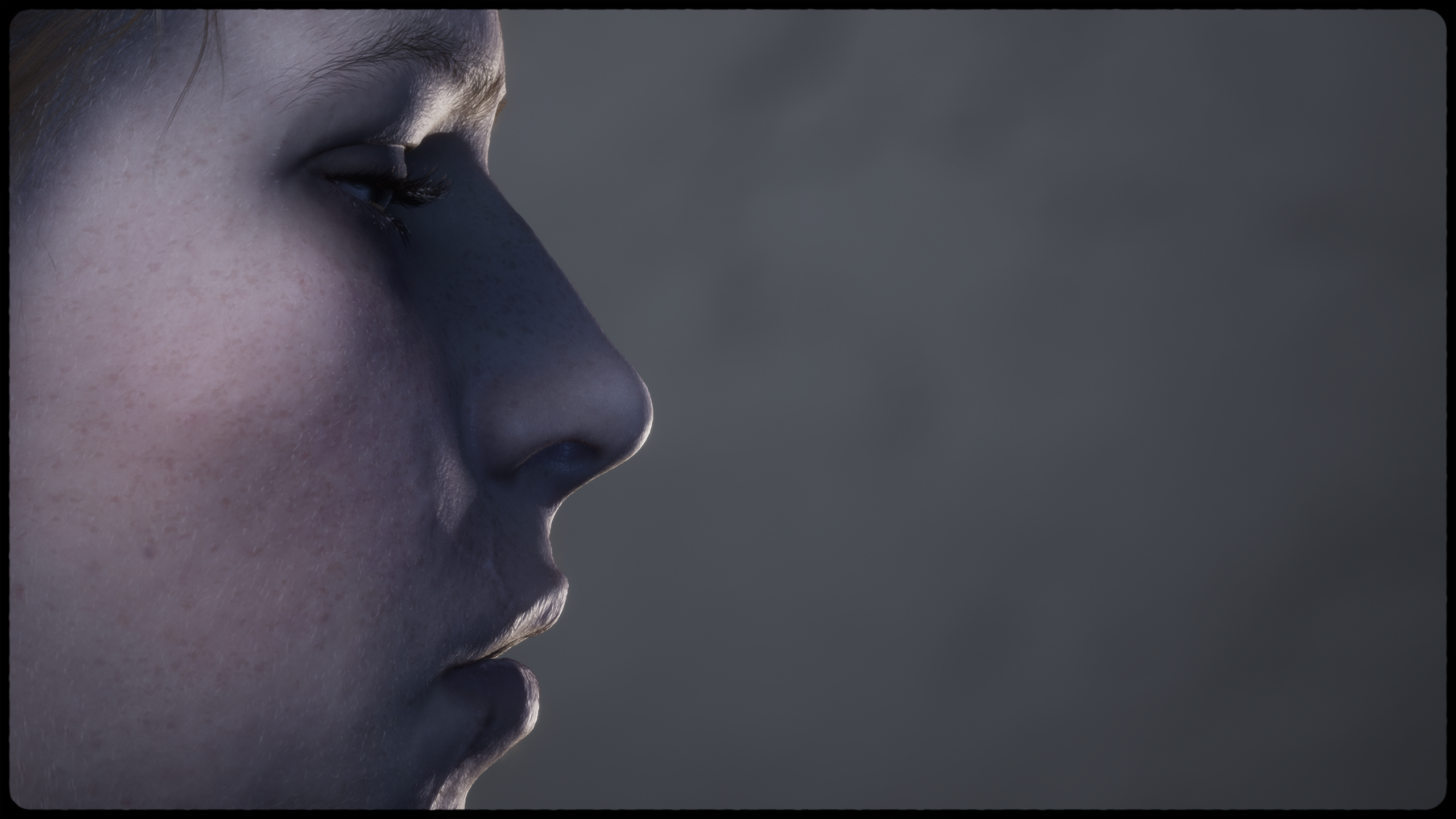 Death stranding and tlou2 are still the top 2 in my opinion.

Those characters, while nice, are also clearly previous gen. No functioning vellus hairs, lower polycounts, and smaller hair planes. That Martha model is a step up in all regards.

What those games did do well, particularly LOU, were maps and shaders. They were nearly unmatched last gen for that reason, but we're about to enter a whole new stage with these! Aloy is another recent example of the "steps up" in characters. Martha is an Indie game for example and they pulled off better visuals than a lot of AAA titles. It's all about how you use your resources and not always about budget. 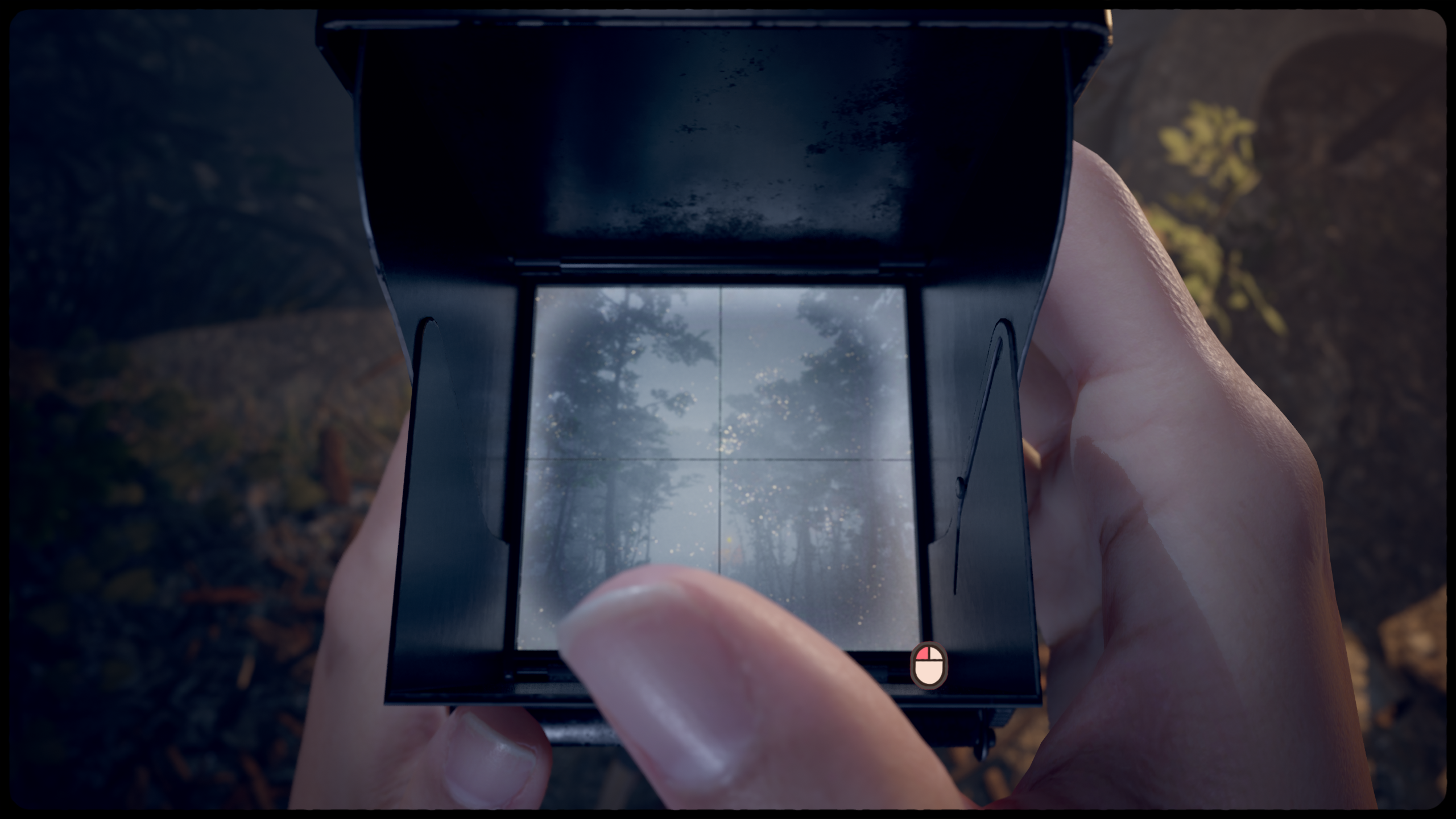 The shader work on the skin is phenomenal in this game! 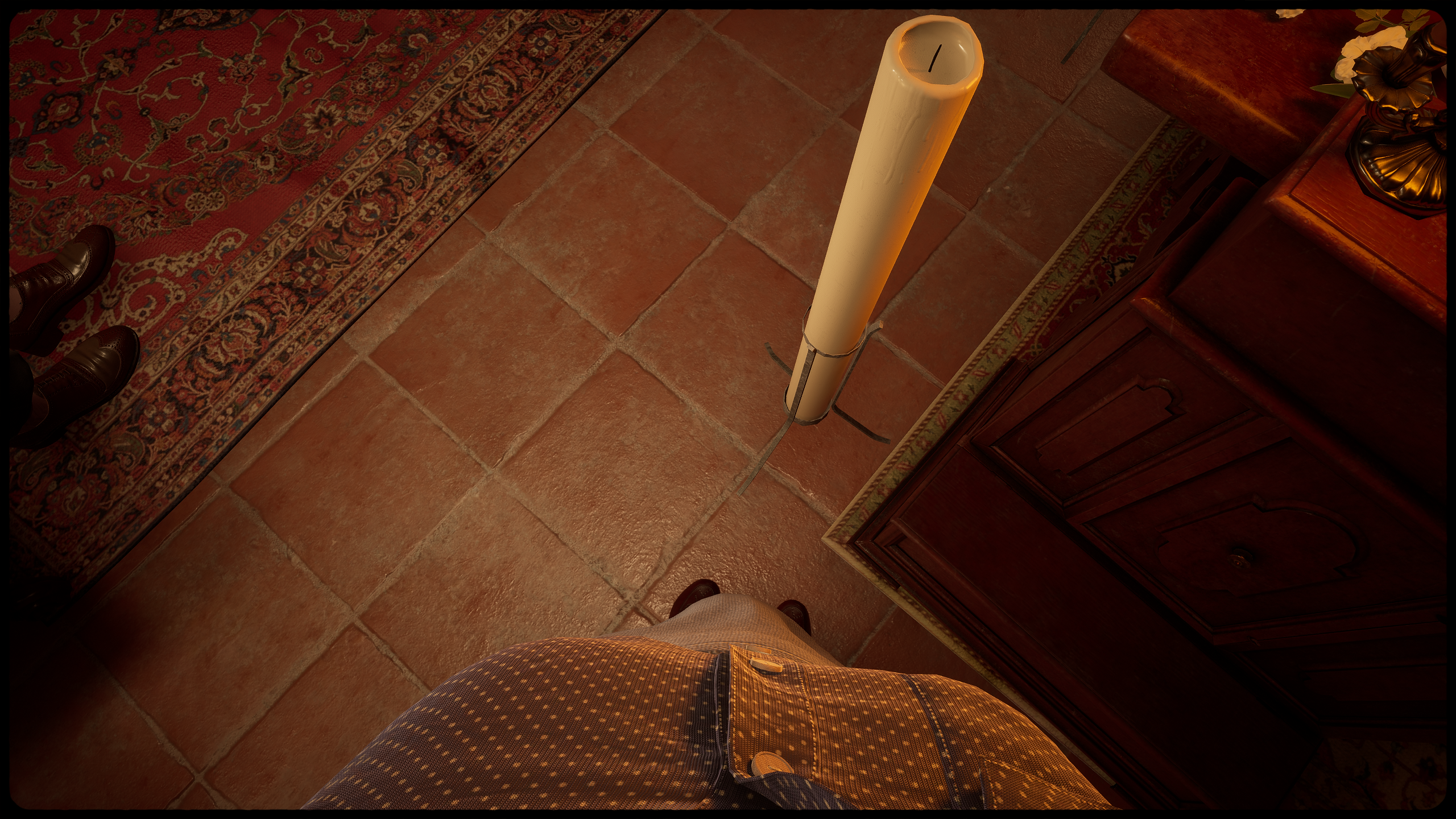 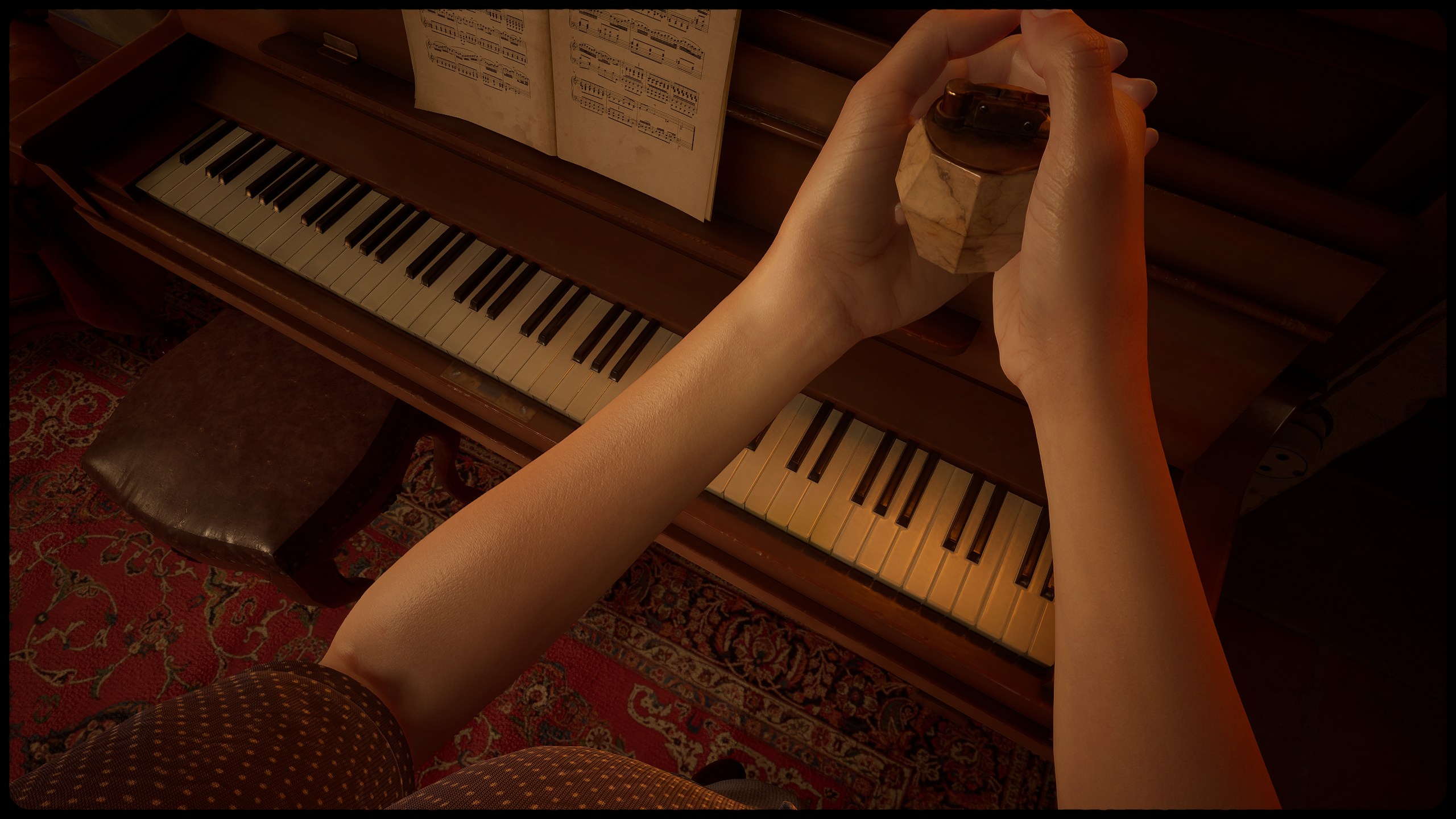 Again, the shaders! This gen's skin will have far more pores and small intricacies that just wouldn't have been as feasible in generations prior. Sure, not every pieces of the skin on all characters will exhibit vellus hairs, but many of them will and Martha's don't even scratch the surface! 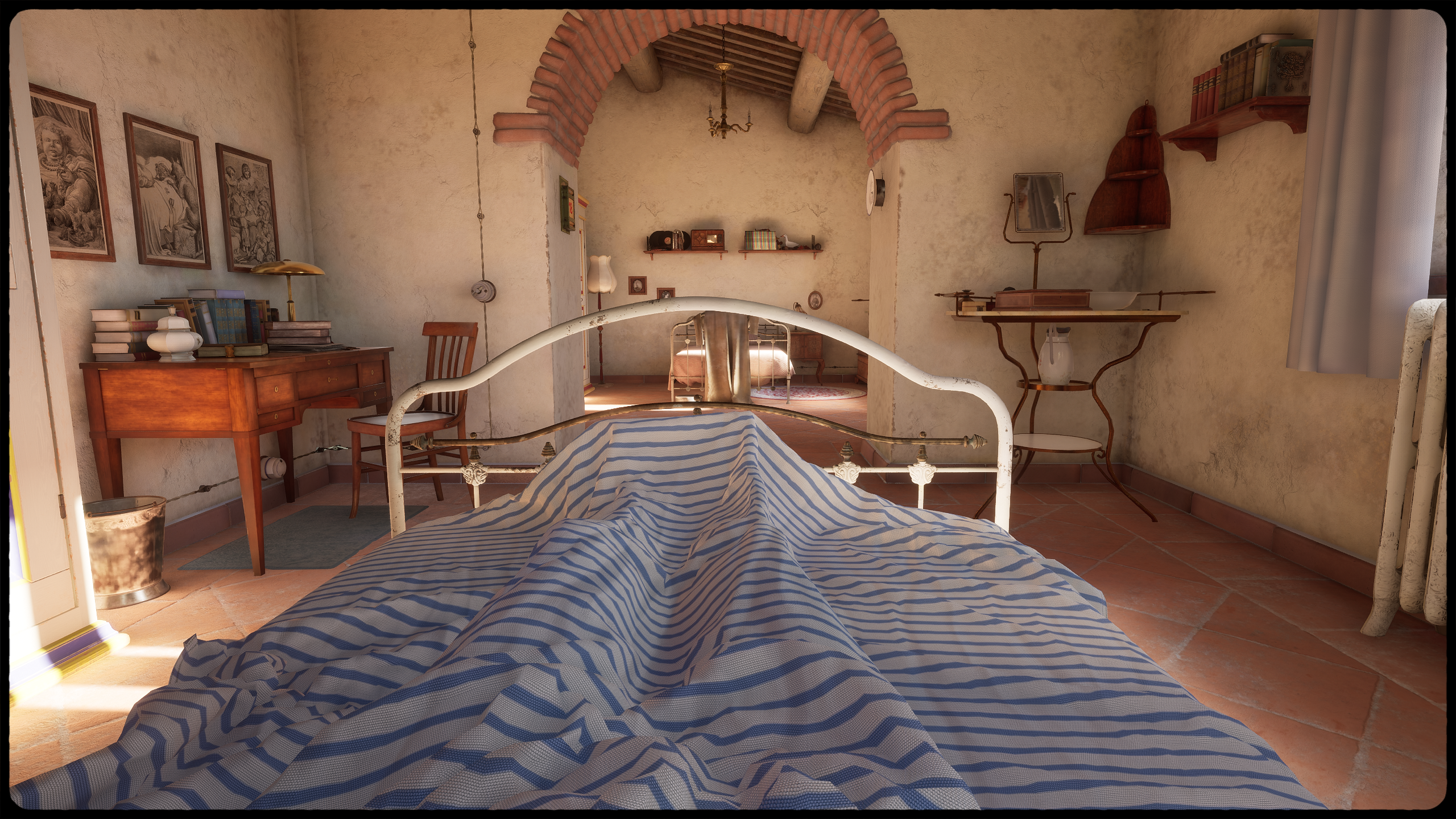 That global illumination! No matter how you slice it, raytracing has been a major game changer! Even crazier to watch that comforter animate! So many games of the past tried it and failed. Yes, it's slightly lower poly due to said animations, but it still looks detailed enough to be believable (again, the texture work helped this). 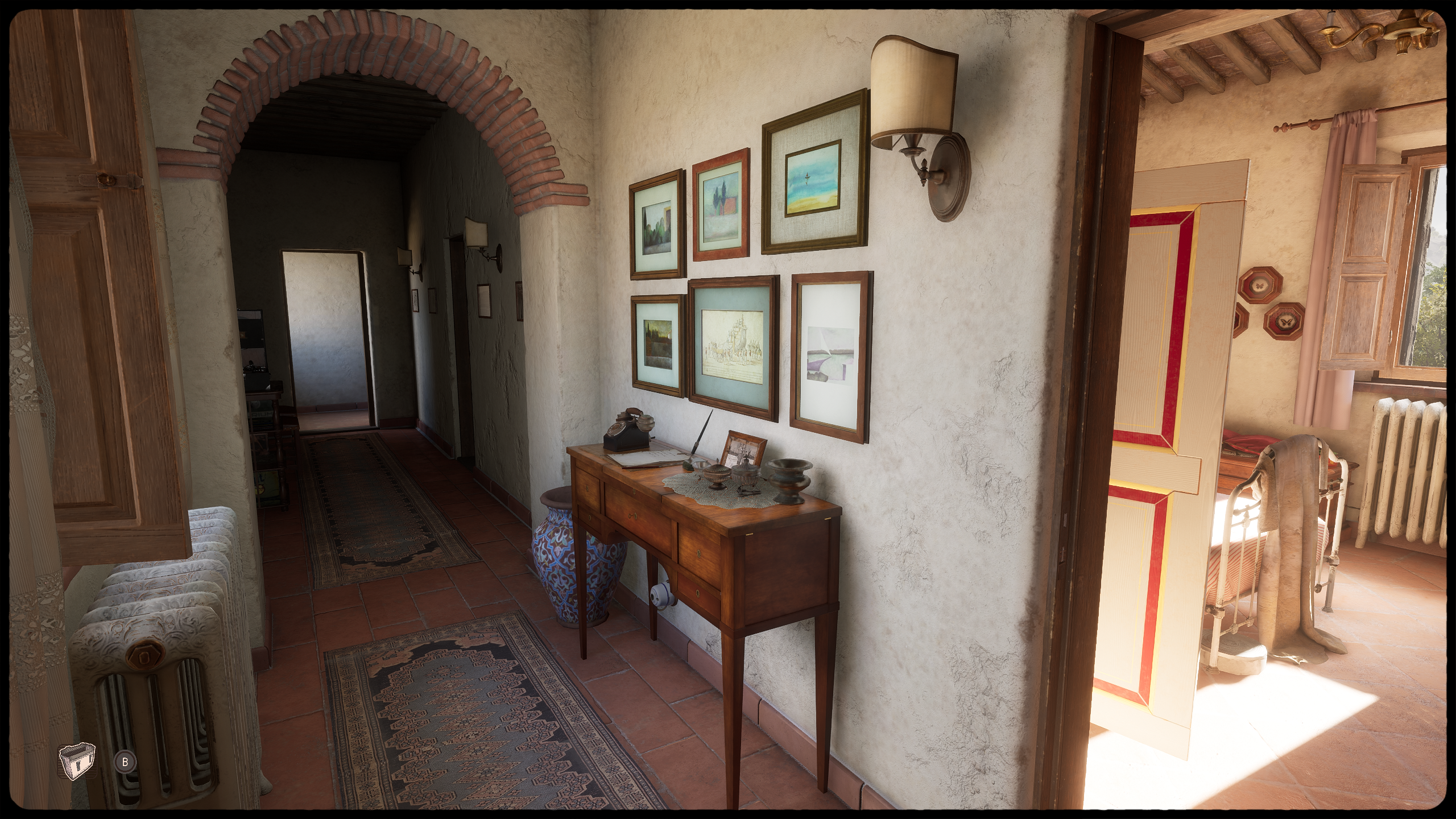 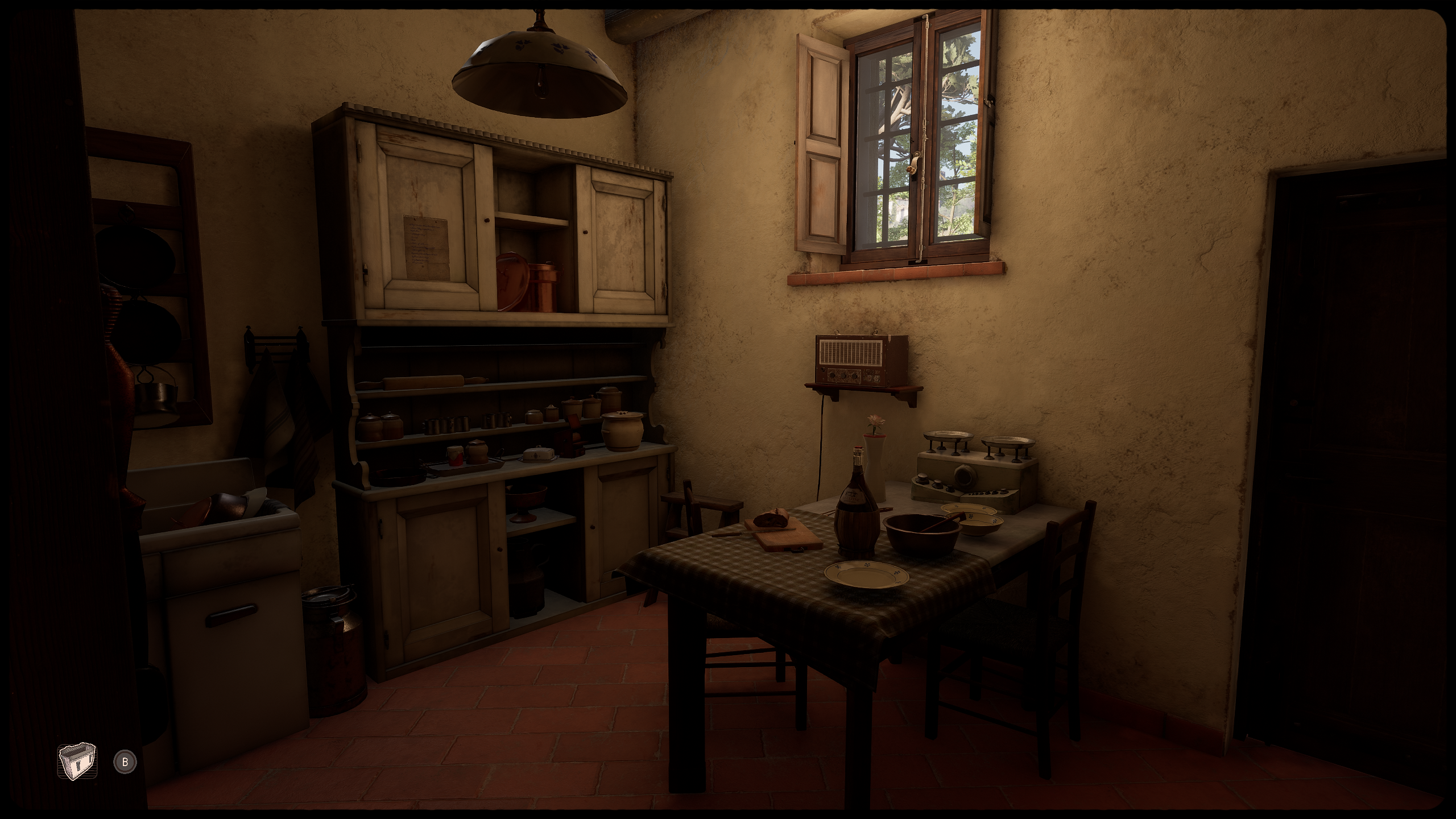 We're finally reaching a point where interiors almost look like they would in real life. Yes, there is still a ways to go, but Martha is a good example of what a raytraced environment can look like. Feels much like Metro Exodus Enhanced Edition in this regard!

As an example of that raytraced lighting being used, here's the Martha is Dead demo released months ago (no raytracing, so the darker areas look far darker and more "crushed" than they should). 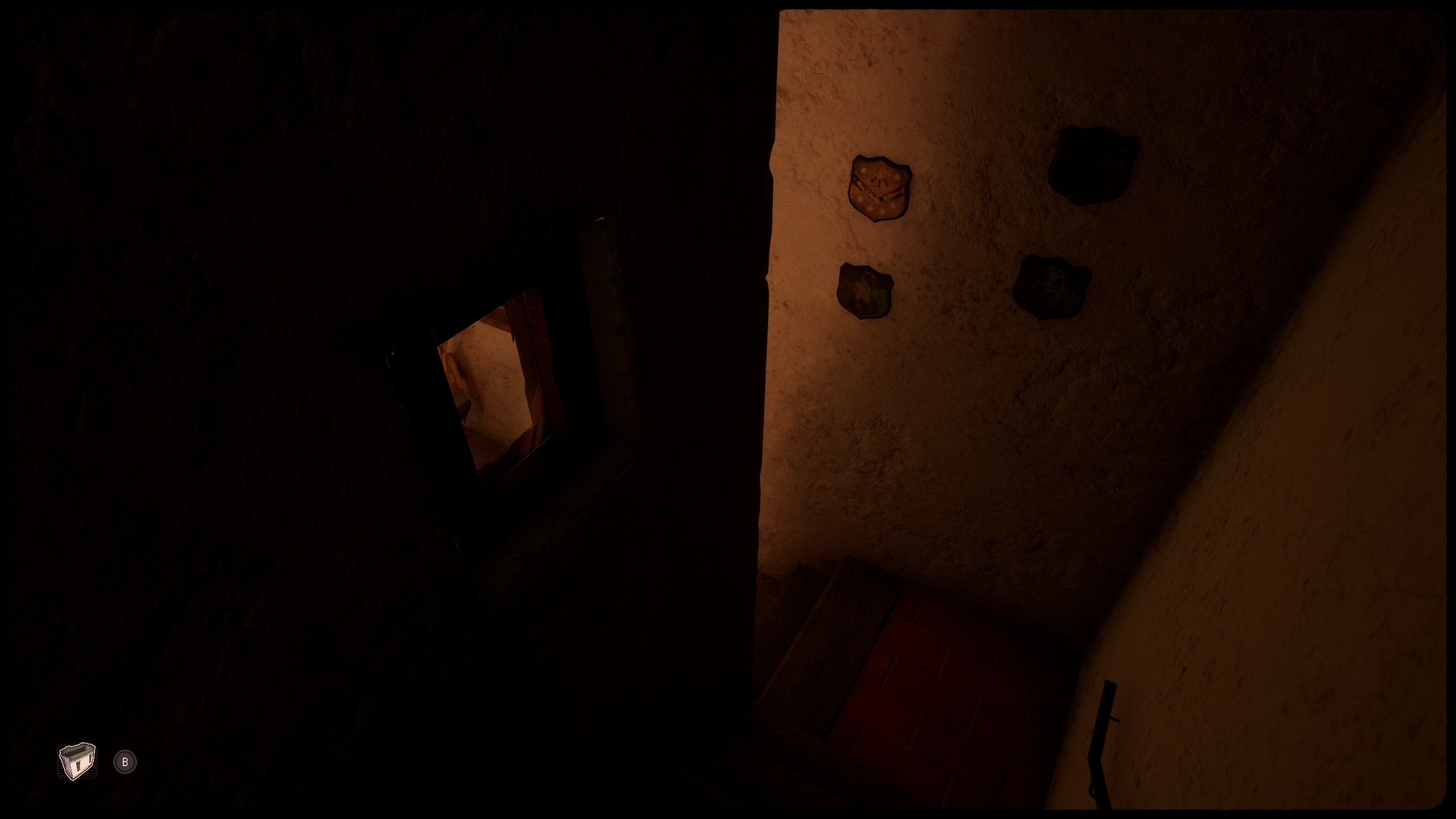 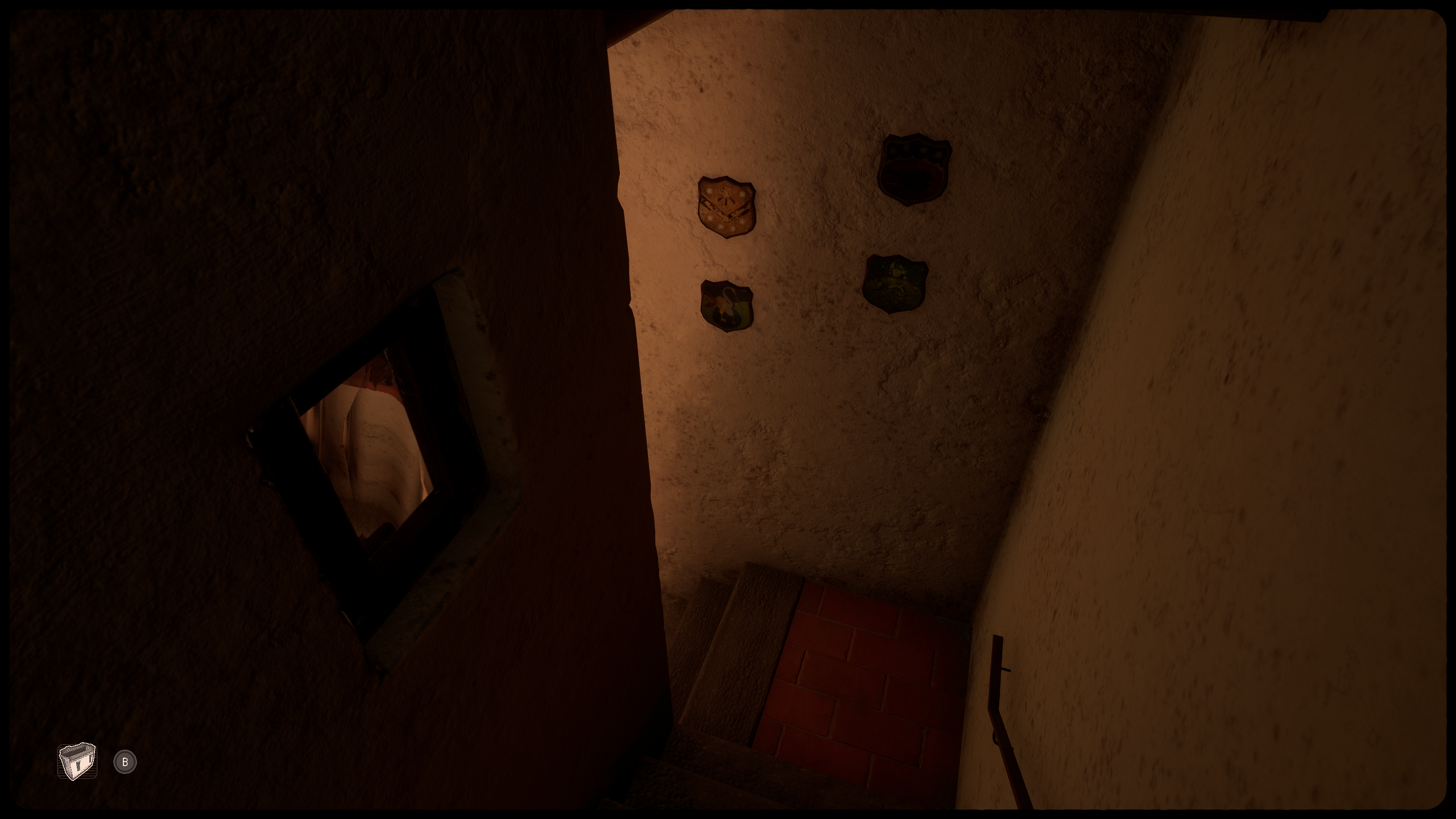 Not only does the final game look crisper, the lighting actually bounces around those walls as it would in real life. May look subtle, but when you study the two pics, you can see where we're headed. Just think about true next gen games, that don't share anything with the PS4/Xbox One. Martha is cross gen and not even close to the best!

I'd have to somewhat disagree.  In respect to peach fuzz, HFW wins.  But in reality, HFW uses cinematic lighting to show off asset levels that are the same as CP77, but CP77 operates within mostly natural lighting which makes these details far harder to discern (though is more realistic).  In fact, there are definitely points where the cinematic lighting in HFW is overused where it's just there to show off the detail but completely out of sync with the scene.

Sadly, I'm so inundated with reviews (yes, HFW review is in the works!) that I'm not going to take the time right now, but when you zoom in on some of the people's faces in CP77 versus HFW, there is MORE detail in things like the eyes and bump-mapping of how light hits the skin.  For the record, I'm not saying HFW isn't impressive (and running on a meager PS5, even!), but CP77 released beyond the capabilities most people ever saw or knew it was capable of.  In some ways, some of the photos people took in CP77 are still more impressive than what's in HFW, but that's down to the environment and camera's greater freedom than there is in HFW.