Hah, there was a lot of thoughtgoing into effects pre-CGI. And in the time CGI came into being, some movies mixed CGI with other effects. The original Jurassic Park is pretty well known for that, having some dinos animated with computer, but others being animatronic puppets. And Spielberg was pretty good in hiding the transitions between the two. Same with Total Recall, which had miniature models, animatronics, but also CGI.

One that impressed me, because of the technical possibilities of the time is Himmelskibet (A Trip to Mars) from 1918. Yes, a silent picture more than a 100 years old. It transplanted the picture of the spaceship in front of aerial images, and let me remind you Bluescreen was invented in the 1930, more than a decade later. It also produced some ghosts by filming over the same film double. Not a lot of effects, but impressive because of the limited technology at the time.

Another silent picture, but nine years (1927) later and much more well-known is Metropolis:

Metropolis was over the decades a great inspiration of visual style, effects and storyline. This includes 55 years later Blade Runner, which itself is a masterpiece in special effects of it's time and I see personally as among the best movies of all time:

As a german I should note Raumpatrouille Orion, which had interesting effects for Aliens: https://www.youtube.com/watch?v=Z5Yk3BpnIoE&t=2080s

People talked about Ray Harryhausen, especially Jason and the Argonauts regarding Stop Motion technique. And yes, Harryhausen was the master back then. But the animation back then often looked not very fluid, because it was difficult to shoot that many frames all separately. So in modern times we still have stop motion, and with digital cameras it can have produce really impressive animations like Fantastic Mr. Fox:

I cannot avoid talking about Star Wars. They didn't invent any technique, but put together pretty much all known techniques with immense detail, so that it was groundbreaking for it's time:

One movie with great effects that were used quite clever to enhance the movie is The Evil Dead II:

Another example would be Carpenter's They Live!: 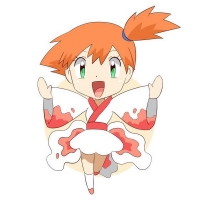 Titanic for me, AINEC. The entire film was almost done with practical effects. The ship was practically rebuilt to scale using the original Titanic blueprints. It has aged like a fine wine as a result.

When I read the title to this thread, the movie that popped into my mind was Mad Max 2: The Road Warrior.  I don't think movies would dare do stuff like this anymore without CGI.

Was going to say The Thing but that's been mentioned, a lot xP

Car chases are just not interesting anymore with CGI, bring back to excitement


This one is my favorite

Alien, the 1977-1983 Star Wars Trilogy, Dragonslayer, Blade Runner, and Star Trek The Motion Picture all come to mind for me too.

I love all the inventive solutions they had to come up back then to pull off effects without just being able to solve almost everything with CG.

Given the technology of the time, I would say the original Star War trilogy. I've heard from people who saw that for the first time back then and supposedly, it was like-changing.

The original King Kong would be another.