Forums - Nintendo Discussion - Switch owners, is your collection for it mostly first or third party?

I have just crossed the 100 game barrier for my Switch, with a majority being third party.

I do not have that many games in my library.
All my 5 physical games are first party and all but one of the digital games is third party titles so there are more third party games in my switch library.

Most of the digital games are very cheap. When it comes to spending money I think I've spent about half as much on the third party games compared to first party.

I said most first party in the poll. But if you add my digital games I have more thrid party.

If only there was someone who kept up a document on this very subject and didn't decide to get lazy and not do it anymore.

Hmmmm, I think I have mostly first-party major releases, but in number, I think indies beat 1st party titles out. I don't know if I have any major 3rd party game to date, except a very low priced Justa Dance title (2019?) as a party game, Maio X Rabbids and South Park Fractured But Whole.

I sell most of my first party games (all physical) after I'm finished with them, while a lot of my (cheap) third party games are digital. So my library contains mostly third party games. If I wouldn't sell those, I would still have more third party games, but you can't compare buying ten 5-15 euro games with four 50 dollar games. 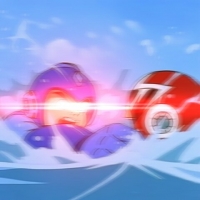 My collection is mostly made up of third party, now that I think of it. Specifically publishers such as Capcom, Namco, and (somewhat regrettably) Square Enix. That's what happens when third parties start routinely releasing legacy content and collections while Nintendo has to be asked really nicely just to squirt out another NES game on their subscription service. In all seriousness though the Switch has so, so much third party support, and even though one of Nintendo's biggest strengths is its exclusive IPs, I think a mixture of the overwhelming amount of third party support and one of Nintendo's own top selling games (Ultimate) actively promoting 3rd party characters makes it almost inevitable that most people would have a huge third party library, right?

First party. There is little to no reason for me to choose switch over my other two consoles when looking at third party games.