Ya that just doesn’t fit. Generations never start at the same time. I could easily say Sony was still tieing their shoe laces while MS was ready to run. Cocky Sony, thinking they had all the time in the world after their last race victory. There I made your analogy fit :)

...but you didn’t. I flipped the argument. The image of a broken 360 looking more appetizing then a shiny new PS3. Your post gave me that image in my head, made me smile, and thus my post response. So thank you.

When that kid crossed the finish line, we were all winners.

If you asked both companies if they wanted to have another console like those, both would strongly decline. You are looking at two consoles which each sold 85m+ units of hardware and ~1 billion games, and over a lifespan of about 10 years have hardly anything to show for it (in the case of the 360) or less than nothing (the PS3).

Granted, Microsoft accomplished their greater goal of protecting Windows from Sony, but in hindsight it should be clear to both companies that Sony's planned invasion in the form of a convergence box was doomed to fail either way. On one hand you had gamers not taking kindly to pay for non-gaming, on the other hand you had the emergence of smart devices which rendered the idea of a convergence box obsolete.

360 "edged" out in software too. However @bolded Please don't do the whole "if wasn't for this or that...or take away this or that" argument. It's irrelevant. We can do that all across the board.

Considering they sold more consoles in the end they really DID have the time to tie their shoe laces. Makes me wonder what the other guy did to completely squander his head start.

I think you posted this before...and I replied to it before.

The kid did alright.

I’m not wrong to say Xbox 360 was a western dominated brand. Unless you show me a Japanese passport you probably lived in a country where Xbox beat Ps3. 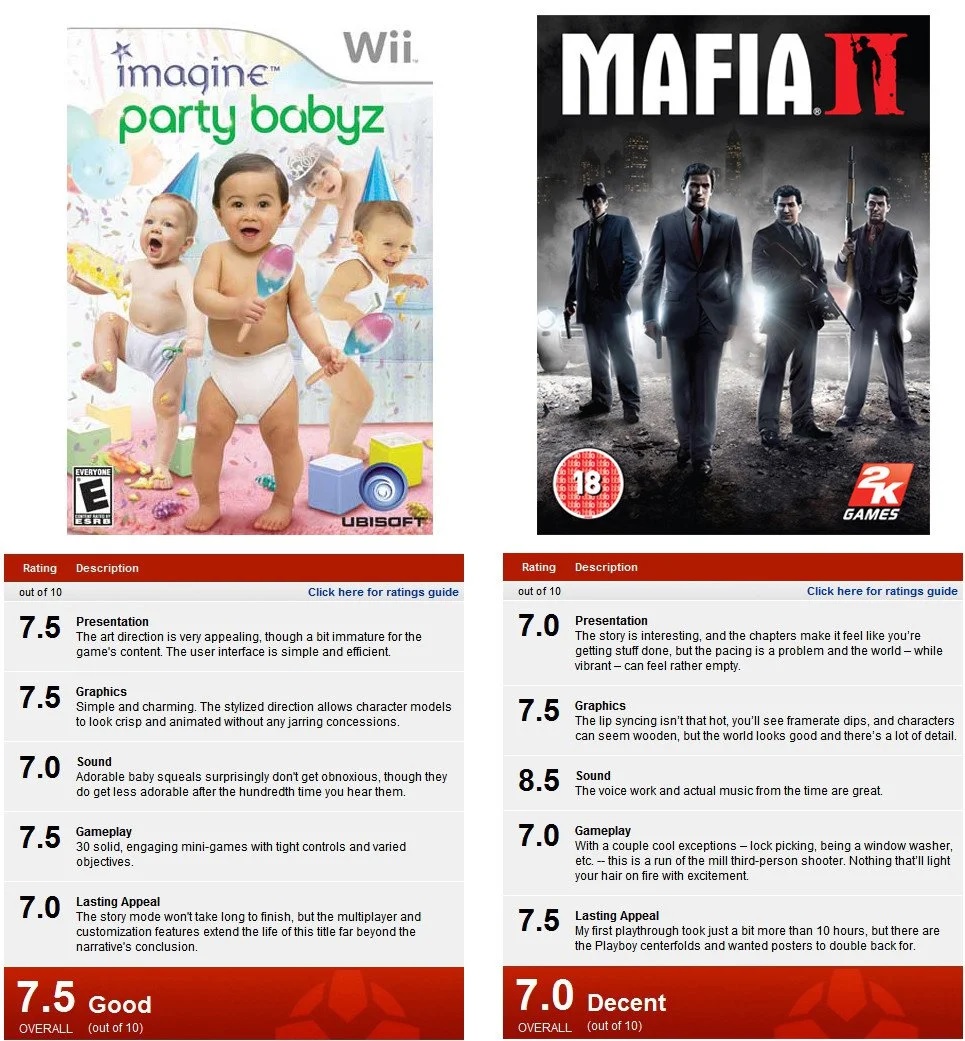 Was talking about this as one example. An example as one piece in a larger problem that expands past one website.

Not to mention bad games get good reviews because of a brand name like Final Fantasy XIII. Bad game, good score because of the brand. With the most recent Dragon Age. Very mediocre still won GOTY over Bayo 2. Then take into account game reviews stopped being actual journalists with a degree to do a job. You can listen to the Giant Bombcast how it used to be. They had a giant written guide on how to review games properly.  Certain phrases came across as unprofessional or vague so were not used. Reviews had more integrity and guidelines how to write something well. Anyone with a pulse now can write a review and most of them are terrible. Most review sites sound like fanboys writing them up and often poorly written. Some purposefully give higher or lower scores based on personal bias.

Meta is a fucking joke. Slant Magazine exists to lower scores on games. If you truly care about reviews then listen to the bombcast and how much better reviewing used to be structured. https://www.giantbomb.com/shows/the-hotspot-episode-362/2970-20253

I don't take anyone seriously when they use Meta as an argument when Meta is part of a joke that is games "journalism" of the modern-day. The ones that can't beat Doom unless put on Easy or could not get past Cuphead tutorial or the ones that wear sponsored Fall Out 4 pipboys and then criticize other websites for giving it a 7 instead of a 9. WHen someone is fired over giving a game a 6 because the publisher paid to have the game advertised all over the website. This all happened. So yeah they contribute to those meta scores.

I didn't say you were wrong about the 360 being a western dominated brand. I'm referring to your claim about "take away Japan" etc. THAT is what I'm talking about. It doesn't matter. I mean we can make the same argument for the 360. I could say if it wasn't for the US, the 360 wouldn't have been close to PS3 in hardware sales. I think it's asinine to make arguments like that. Japan is one of the largest leaders in marketshare for gaming. So is the US. North America is the only continent that Xbox 360 beat PS3. Btw, I'm from Cleveland, Ohio. I know how strong the 360's dominance was compared to the PS3. It wasn't even close. PS3 lost that hands down.