In case you couldn't tell, I really want these games guessed today. I believe in you!

#49 - It has clunky controls.
Hint 2 - I might've mentioned something about this in the Honorable Mentions post.
Hint 3 - A corridor in one of the game's latter stages is particularly infamous.

So my first game's up! 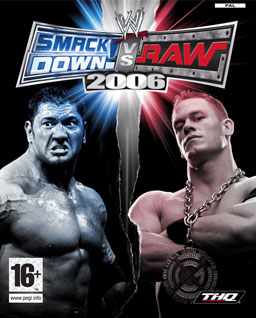 Although I haven't watched a WWE show in more than a decade, I keep coming back to this game. It's not perfect, not by a long shot. It's not even the best playing WWE game (looking at you, Day of Reckoning), but something about it is so fun. It's career mode is cheesy as fuck but great, and I actually have a lot of fun with GM mode (if DoR had it, it would be on this list instead). My older brother and I bonded a lot over wrestling back around the time this released, hell we even had the steelbook version (that apparently only released here in Australia). Games don't need to be perfect to be fun, and when they execute what they set out to do this well, I wouldn't change anything.

Hints for my next few games:

#49: Golf Story (NS) A Switch exclusive filled with cheesy humour, a different take on a sport that is widely considered boring, and a throwback to games of yesteryear all in one. Guessed by TruckOSaurus!

#48: Takahashi Meijin no bouken jima (Adventure Island) [NES] Journey across an island to rescue your girlfriend. Received an international release on the NES, but this platformer is just as iconic as the original Super Mario Bros. in Japan, if not even more so. Guessed by Jpcc86!

This has to be Dillon's Rolling Western right?

Hmmm.. Is this one Telltale's Guardians of the Galaxy game??

Bingo! That was quick!

Ah, sorry, thought it was a wrong guess and the hints made sense. Could it be then Crash Bandicoot? Think about The High Road level.

You're ignoring hint 2 at this point. I think it was pretty obvious based on what I said there...

Ok, here I go. Hopefully I can stick with this, time for some hints

50. A man with a mouse saves the world, one turn at a time. Dragon Quest VIII: Journey of the Cursed King guessed by SanAndreasX

49. Does whatever an insomniac spider can. Marvel's Spider-Man guessed by TruckOSaurus

48. A three player game, featuring a man, woman and a sprite. Secret of Mana guessed by TruckOSaurus