Very close. The right answer is Nier, to which Nier: Automata is a sequel to.

Yeah, that's the one. 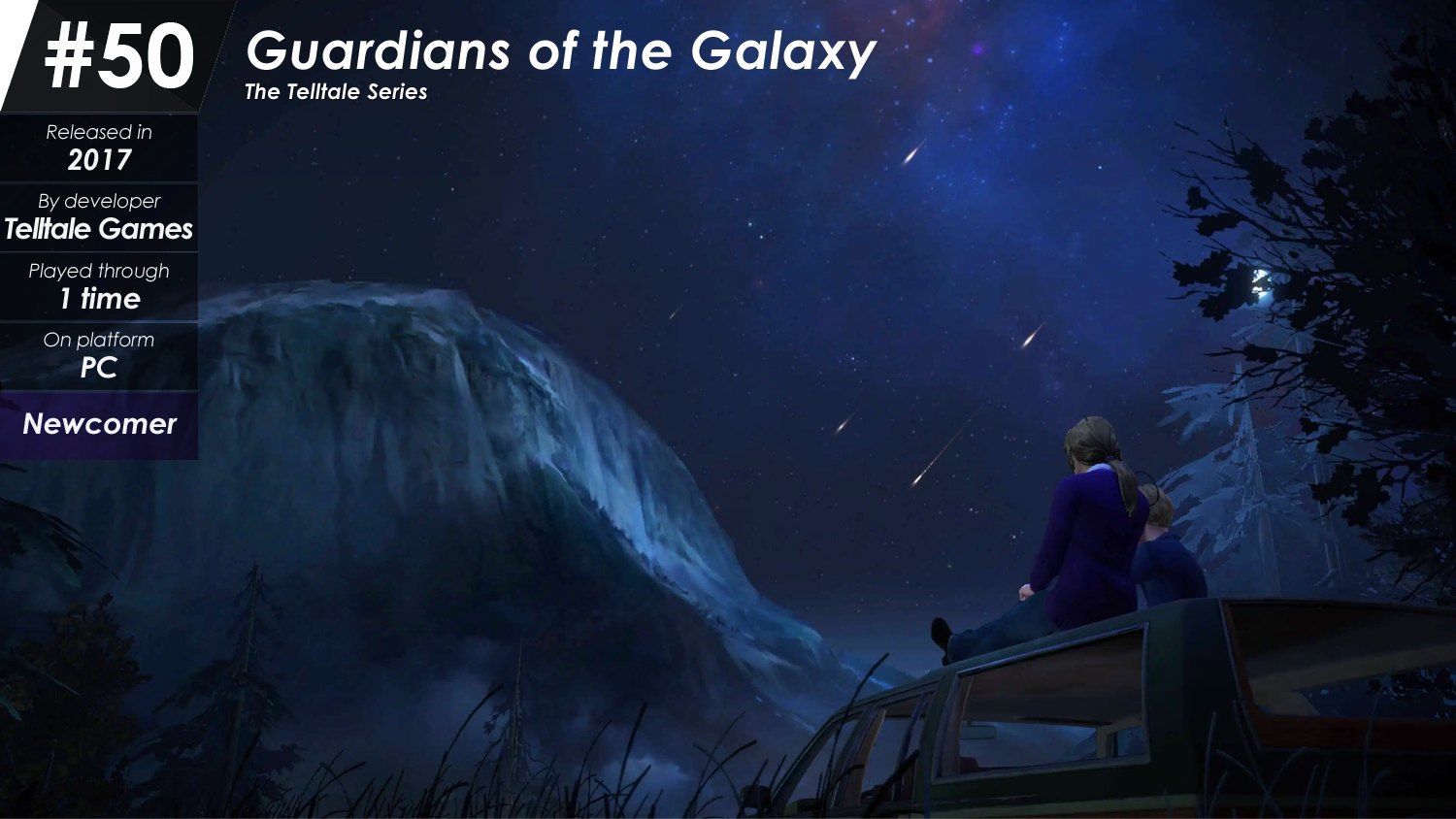 So, opening up my list this year is... well, it should've been obvious, right? Of course I had to include this. It's Guardians of the Galaxy! And in videogame form! Though not really much of a game at all! I've never been into Telltale Games, and neither do I think I will ever be, but this game I just had to give a try because of the IP it's based on. I had been waiting for the Switch port before playing it, but after the news came out of Telltale's closing, I bought it on PC... and had a blast.

It's just a good story, really. They say it's based on the comics, but in a number of occasions this game almost feels like a rip-off of the movies, and that's not really a bad thing. They took a lot of inspiration from the movies here, and it shows, but whenever it starts to feel like they're pulling stuff too directly, they take a different turn that wouldn't happen in the MCU-version Guardians. The new teammate that shows up in Chapter 4 was particularly awesome - hell, Chapter 4 as a whole was -, and really inventive as well. By the end, there were plenty of memorable moments I had with this, and I had to put it on the list. If there's one thing I don't like about this game, it's... well, the game. It's just annoying when you wanna relax and play it while eating or something, then suddenly you die because the cutscene you were watching randomly became a quicktime event. Not a fan of this kind of game as a whole, but Guardians is Guardians and this has that magic, to some extent.

And now, I'm off. Will be away for the whole week, so I might as well hint Sunday's game, which is when I get back. That isn't to say I won't be coming to the thread or anything, but making in-depth posts on mobile isn't gonna happen. So, next hint, and see y'all later!

#45 - This game drew in a lot of controversy, and was even banned from some countries, for supposedly encouraging a bad behavior that its story is actually quite clearly against.

The greatest part of the VGChartz year is here!

I swear I will have my list done before December 31st.