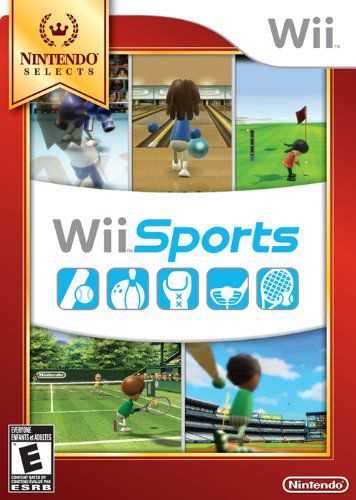 Wii Sports is very well known game for Wii fans, and probably was the first experience to many of them.

What is your favorite sport from this game? Baseball, Bowling, Boxe, Golf or Tennis?

I was introduced to the Wii through Wii Sports Resort so I never played the original much, but of those, I'd have to go with bowling, it just felt the most satisfying in terms of the movement translating into in-game action.

I spent a lot of time on the boxing game

Though Tennis has some bad flashback for me: I was at a friends house and we were playing tennis, when his daughter was next to him he was trying to get the ball - and smacked his wiimote with full force into her head. Thankfully no fracture, but she did get a heavy trauma from the hit...

Golf was soooo soothing, but my favorite is boxing, you pretty throw the controllers around but that's what was so hilarious and fun about it.

Both IRL and in Wii Sports: Tennis.

I got the most mileage out of golf. Bowling and tennis were also fun. Barely playing boxing or baseball.

bowling and golf far above the others

Probably boxing. I always had fun with that one, and it was the one I kept playing after the Wii Sports craze died down.

Tennis and bowing were loads of fun, though.

The issue with Golf was how much better other games did it. If I was going to play a golf game on the Wii, it’d be Tiger Woods. It’s not like Punch Out Wii which, while a more robust game, was less fun and had inferior controls compared to Wii Sports Boxing.

Speaking of boxing, the Wii Fit Rhythm Boxing is also a lot of fun.l, and always deserves a spot on custom routines.