The recent rumor that Nintendo has discarded a Switch Pro makes it all the more likely that Nintendo will try to prolong this generation as much as possible, because the supposed insiders have kept getting it wrong for so long already. The PS6 isn't launching anytime soon, so there's no good reason for Nintendo to jumpstart the next generation, unlike with the 3DS where there was at least some logic to rushing it out in order to get ahead of Sony's Vita. That was when Nintendo prematurely replaced the DS and I hope everyone remembers how that turned out.

The Q1 2024 option leads in the poll, but that's first and foremost because the people who in the past had predicted a 2022 launch and then later a 2023 launch had to push their dates back. Such a date doesn't make much sense for two reasons though:

1. Console manufacturers target the holidays for console launches, so Q1 2024 effectively means to expect a delayed launch that was originally planned to happen in Q4 2023.

2. Nintendo is wary of the next transition period, but launching a new console in Q1 2024 would go hand in hand with a lack of time for their top development teams to finish enough games for the console's first year.

There's also the fact that regardless of any official announcement by a console manufacturer, the rumor mill picks up speed more than a year before the eventual launch of a console. For example, it was crystal clear in the first half of 2019 already that both Sony and Microsoft were targeting holiday 2020 launches. But for this Switch successor, we've heard absolutely nothing yet and that's despite an avalanche of Switch Pro rumblings that were for a revision that ultimately didn't happen. The interest in a more powerful Switch - whether that is a revision or a successor - is absolutely there, but we haven't even had the tiniest of tidbit regarding a successor yet.

If Nintendo has no plans to launch another Switch revision, then holiday 2024 becomes realistic for the Switch successor. But if Nintendo does launch another revision, they can certainly hold out until holiday 2025 and have a well prepared launch for the Switch successor. In the current times of chip shortages, high inflation and other uncertainties outside of Nintendo's control, I am strongly leaning towards a prolonged generation, so I voted Q4 2025 in the poll. Switch has that much life left in the tank, so it would be foolish to pass on this opportunity and launch during unstable times.

It’s not really simple since Nintendo’s planned lineup makes placing the reveal and launch of the Switch successor at an..interesting debate. Mario Kart 8 Deluxe will still be getting DLC until the end of 2023. Splatoon 3 has planned content throughout 2023. Zelda Tears of the Kingdom is planned for May. We don’t know when Pikmin 4 will come out in 2023, if it’ll release at all in 2023. Xenoblade 3’s season pass will be completed at least near the end of 2023. Pokemon S/V will likely get a season pass as well.

When do you reveal the successor with all that is planned?

They better not fuck this transition up, that should be Nintendo's no.1 priority at this point.

Because they don't have a great track record of transitioning from successful hardware platforms in the past.

We haven't heard a lot, but at the same time it seems like the entire chipset (lol) for the successor has already leaked out via firmware and Nvidia insiders (Tegra T239, codename Drake, indicated as NVN2 in Nintendo's firmware ... NVN1 being the designated abbreviation for the current Switch, so take a wild guess what NVN2 stands for).

We even know the number of CUDA cores the Tegra 239 has and can estimate performance from that.

My guess would be early 2024, they probably planned for earlier than that, but I think COVID pushed everything for everyone back a year. COVID shutting the world down (and office based companies) for a year+ is absolutely something that probably has to be factored in, you're talking about the largest global event since World War II.

So one major confirmed title and a bunch of DLC. I don’t see this as an issue at all.

I've thought for a while that it would be 2024. Holiday is the usual time to launch, but I think Nintendo may have learned something from the launch of the Switch and by seeing the demand far outstrip supply for Xbox/Playstation when launched during the 2020 holidays. They've seen from 2017 that the dedicated fans will buy a console whenever it launches and that regular consumers will then pick one up during the holidays, giving you effectively two launch periods with some time to restock between them. Q1 is too early as that means either sabotaging the 2023 holiday season sales or giving only 2 months of notice before a system comes out. WiiU sales were dead so they didn't mind announcing in October of 2016, but it makes much more sense to hold the announcement until Jan-Feb of 2024 then release later that year. Six months would be a good amount of time to stock consoles and build hype so I'll predict an August/September release, Q3 of 2024. They get the early adopters at the launch window and sales continue to climb as they reach the holidays of 2024.

As a consumer I feel that the switch 2 need to be more than just a more powerful version of basically the same thing for me to buy one. I don’t know what a new system need for me to be interested. But I don’t think we will get an upgrade for two more years.

I'm fairly confident Nintendo will keep to the model of launching in March. That not only worked out well for the Switch, but it also gave the 3D time to recover to have a good holiday season. It gives them time to build up to the holidays both in terms of the game library and in terms of production. With that in mind, March 2024 is the earliest they'd release the next system. If it was going to release at any point in 2023 there would have been an official announcement by now. If it doesn't release by March 2024 then I would expect it in March 2025. 7-8 years seems right to me given that the system has begun its decline and Nintendo isn't as concerned about milestones like beating the DS and PS2 as its fans are and is more concerned with its bottom line. 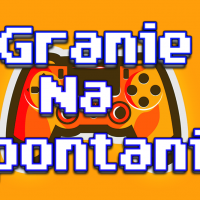 Sony will release slim & pro PS5 later this year, Nintendo will counter with the successor next year after E3 reveal for the holidays.

The earliest possible release at this point is Q4 2023. If it was launching in any of the first three quarters, it probably would've leaked or been announced by Nintendo. But I'm banking on Q1 2024 still, just in time for Switch's 7th anniversary.
Then again, Switch was officially unveiled less than 5 months before its release date. However, there was Codename NX that was confirmed to launch March 2017 many months before the Switch reveal. And NX was first name dropped around E3 2015.
Nintendo is soaring high right now, so they don't need to announce a codename or reveal a long time in advance. Q4 2024 is quite possible, and I suppose so is Q1 2025. Anything past that and I will be shocked.