The Wii U was basically a Wii who could run games in HD with an additionnal gimmick, and the whole Wii library was playable on it, heck even with the same controllers. So when you said "seemless transition to the same concept", this is exaclty what Nintendo did with the Wii U: "you liked the Wii ? You can now enjoy the same experience, but in HD, and everything is backward compatible".

And this is exaclty the same with the 3DS. It's basically a more powerful DS with an additionnal gimmick.

So when you say "not even close", I really don't know from which parallel universe you say that.

While the WiiU was a Wii, everyone already had a Wii, got bored with it and moved on. Even that aspect of it was failed. You couldn’t even use it as a Wii without booting up an emulator. The WiiU, while backwards compatible with the Wii, was a much different experience. I’m not sure if you don’t have experience with it (I’m pretty sure you do) but it was more of a single player gimmick. It’s even in the name U. If you could have used more than one gamepad at a time it may have been different.

Well with a backward compatible Switch which will probably end its life cycle at more than 140 million units sold, everybody would have a Switch and, by using the same logic, be bored with it at some point. So having a successor doing the same thing wouldn't necessarily garantee success, as for the Wii U and the 3DS.

Yes, the Wii U had its gamepad gimmick, but overall it was still based on the experience started with the Wii at its core, and was kind of the fusion of the Game Cube ("gamer" oriented games) and the Wii (more "casual" oriented games). And still failed.

And same with the 3DS, same concept, a totally optional gimmick, but sales divided by 2.

You’re not wrong suggesting that sales aren’t guaranteed. I do believe the difference between the Switch in this case and the Wii before it is that the core experience of the Switch is much more aligned with a traditional experience and not tied to a fad. The Switch hasn’t succeeded because it makes a cool clicking sound when it goes in the dock and projects the image in the tv. It has succeeded because the software output has been robust, both from Nintendo as well as third parties.

Will 140 million folks opt to upgrade to a Switch 2? That is highly doubtful. Will only 13 million? I think that is even more doubtful.

What I think is funny is how these debates must play out in Nintendo meetings. There’s a lot of fuel for fear if you’re Nintendo. They just can’t ever seem to build on their momentum. On the other hand they have proven time and again that even if they fall in catastrophic fashion they have an impeccable ability to get back up even stronger.

Indeed I also believe they're afraid of the transition. 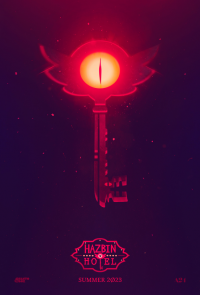 Yes exactly. I was gonna respond to the previous poster's reply to my comment, but you nailed it.

WiiU and 3DS were nothing like what I'm suggesting. 3DS just implemented a costly gimmick as the only selling point - it'd be like if Switch 2 just had the graphical upgrade of like a Switch Pro and they spent all the extra next-gen processing power to turn it into a VR handheld and it cost a bunch more simply for mediocre VR.

And WiiU turned fun motion controls for everyone into a weird assymetric one person plays with a giant gamepad and everyone else gets Wii Remotes style of gameplay. I remember when WiiU was announced I was like oh you can turn off the TV and keep playing on the gamepad that's cool for families, but the single gamepad + wii remotes asymmetry of multiplayer just sounds awful and weird and not simple for consumers to understand.

The transition is definitely something to be nervous about, but it could work. They had no problems transitioning from GB/GBC to GBA afterall, and I could see this being similar situation. GBA ended up selling a lot less than GB/GBC but that was because Nintendo felt the need to rush out the DS due to Sony releasing the PSP. There probably won't be any major shakeups as far as new competitors are concerned this time around.

Had the PSP not existed, the GBA likely would've had more time in the limelight and would've been much closer in sales to GB/GBC. Possibly still not outselling them but maybe it could've been over 100 million. Over 100 million for a successor to a system that sold over 118 million is very impressive.

I guess Q4 2024, but there's still a 10 % chance that we see new hardware together with the new Zelda in May this year.

I guess most are just conveniently forgetting that Nintendo explicitly stated in late 2021 and early 2022 more than once that Switch was “midpoint in its lifecycle”? Combine that with it still being g the best selling console of 2022 and new reports about them ramping up production for 2023, and yeah 2025 is the earliest we will see a successor. And late 2025, but 2026 would hardly be shocking either given what all the signs point to. Nintendo couldn’t care less that it’s underpowered when it’s still selling like this.