I think late Spring 2024. Obviously it won't be this year that would be insanely stupid. And there's no reason to announce a successor this year and screw up Switch's holiday season so I think best bet is announce successor in early 2024 and release it a few months later just before Summer starts.

Summer 2024 Switch HW sales would probably be getting pretty slow without a successor so I'm not sure they'll wait until Holiday 2024 for it. Then again they'll be making gobs of money from Switch SW so they might not care that much about a slow HW 2nd and 3rd quarter in 2024.

I'd say somewhere between May 2024 and November 2024 is the sweet spot. 2025 feels too late. Though there are so many great games I still need to play through on Switch I wouldn't mind one bit if they held out until 2026 or something and just said HW will do what its gonna do but we're gonna make gobs of money on another big round of software in the meantime in '24/'25 selling games to 150m people or so.

The Never poll option is funny.

My vote goes to Q1-Q2 (Sometime between May and September sounds about right) of the next fiscal year. It’s been 7 years, sales have been slowing down YoY for about six consecutive quarters and Nintendo’s profit margin is also shrinking—software sales are unable to make up the difference. It doesn’t make sense for them to wait until they’re in the red to release a new console (which they will be if they wait beyond this fiscal year). They only have the one major revenue stream now, so they have to keep hybrid consoles healthy all the time rather than weaving between handheld and home consoles. We won’t likely know when their new console is coming out until 2-4 months before the launch date, but I think stock holders were expecting an announcement sooner, and that’s why the rapid decline in stock price over the past few months.

But I’d say late spring-summer 2023 is the most likely window, followed by autumn, and then winter to spring 2024 being late.

Nintendo most likely won’t kill Switch 1 then release Switch 2 as past Nintendo generations have done (normally to disastrous effect), but rather add to the existing ecosystem. Switch 1 will continue to be supported alongside Switch 2 with one console as the low end and the other as the high end. This is the normal lifecycle of products when there’s only one product line. Nintendo previously killed off their old platforms and started a brand new ecosystem not out of some kind of business strategy, but because the hardware was incompatible—this likely won’t be the case with Switch 2 (unless Nintendo goes crazy and goes with some obscure chipset next generation, they’ll likely have a next gen Nvidia).

Some people have said Switch sales are too high to release Switch 2 in 2023 is nonsense. Switch sales are in decline, profits are in decline, stock values are in decline. When Nintendo announced 3DS for release about 10 months later, it was right on the heels of a fiscal year total of over 27 million. DS launched the same year GBA peaked. The GBA itself launching when the 10+ year old GB sold 20 million. What is relevant is dev cycles, if Nintendo and partners have software prepared for a certain window, they won’t sit on their hands until “OK, now the Switch 1 sales have declined enough,” unless they’re idiots. I don’t think Kimishima is an idiot, he seems one of the best business minds Nintendo has ever had.

Anyway, those are my thoughts.

I'm expecting a Q1 2024 launch after Switch 1's sales slow a good bit during 2023. That gives Switch a healthy 7 year life before a successor. 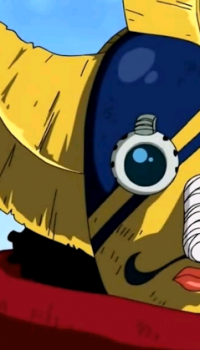 I don't see the rush. Content is still being made for Switch, there is still room for improvement in the online infrastructure, etc. The lack of power is clear by this point but games can still look good and as long as they are fun I don't really mind.

Also, the longer it takes to release, the longer Nintendo and Nvidia can develop superior hardware. A hybrid console is not a traditional console. You can't just put a strong GPU and call it a day. You need an adequate balance between power, battery efficiency, cooling, etc; which puts harsher restraints on the engineering team. This leads me to believe that, given that a console on its sixth year is still outselling its competitors entering their third year while having virtually no price cuts, they are taking their sweet time to develop things like DLSS and the like on top of powerful but efficient modern mobile hardware so the Switch 2 can boast formidable power to stand its ground and receive acceptable third party support with reasonable ease.

Remember that Switch came after a terrible sales era. Nvidia took only a small risk by using the already existing Tegra with minor modifications. After the monstrous sales of the Switch and the newly reinforced strength of the brand, there's no reason for Nintendo and Nvidia not taking bigger risks focusing resources on any sort of R&D that benefits the Switch's gaming model. Time is on their favor. If sales begin to slow down, a price cut here and some bundles there can give some more legs to a console that triumphs while doing hardly any effort to sustain these sales.

Also I'd argue that a lenghty lifespan would be good for the confidence in the brand. You would be able to buy a Switch 2 with absolute confidence that it will have 7 or so years of genuine quality support.

I think there's a good chance it comes out in Q1 2024. If not, then maybe the year after that.

More important than when is what.
I'm excited to see the new features.
Ada? DLSS? Ssd? A Modular design? VR? How about lite?

Q1 2024 is in the lead atm but I’m sceptical. That means Nintendo would either announce it just a month or two before release, or announce it in 2023 and risk it affecting holiday sales. True it happened with the Switch but the Wii U was already dead at that point. I’m going with a release either Q4 this year or Q4 next year.

And I don’t give much weight to arguments that Switch 2 will come later because the Switch still sells so well. That never stopped Apple from releasing a new iPhone.

I think they are going to announce the Next console at least 3-4 months before the release date.