Wow only 2 games out of 20 are not published Nintendo /Pokemon company. Only one is not on a Nintendo console and the top ten has 4 Switch games.

I'm just looking at Splatoon 3's numbers. It was only out for 22 days and it's already within 100k of Splatoon 2.

That game plus S/V could really do monstrous numbers close to New Horizons. Then you add Smash Ultimate and MK8D still trucking along, by the end of the Switch's life cycle, 5 out of the Top 6 games in Japan will be Switch titles.

Unless I'm missing some, Switch now has 14 games with over 10 million in sales.

Mario Party Superstars, Splatoon 3, Switch Sports, 3D World, Scarlet + Violet, and Tears of the Kingdom should all get there too, which would put it at 20 games once they do, which is absolutely insane and double the previous record holders, DS and Wii.

While I dont think Nintendo is lying about dealing with semiconductor shortages, I believe its still overall getting exaggerated by Nintendo since they've been making the same semiconductor excuse since 2021 and sales have only gone down since which doesn't make much sense since semiconductor shortages overall have been improving going into 2022 for most of the tech industry. I'm sure semiconductor shortages have limited sales somewhat this past quarter especially in the ROTW areas, but its far from the main reason why Switch sales been dropping this significantly, here in North America the Switch been readily available for nearly a year now, which is Nintendo's biggest market. I'm not too sure about Europe and Japan but it seems like the vast majority of the regions where the Switch is available most people can get one with little to no hassle, as really it seems like the only ROTW is struggling with shortages.

The Nintendo Switch OLED model is the reason for production shortages now. It has taken a big part of their production lines.

More than most major publishers, Nintendo seem to really see the importance of investing in games like Xenoblade which may sell only 1-3 million but nonethless are crucial to diversifying their lineup to hit a wider audience.

As much as the stereotype is that Nintendo only ever makes Mario/Zelda/Pokemon, the sheer range of first party titles on Switch is quite impressive; everything from Xenoblade to Switch Sports, Metroid Dread to Mario Kart Live, Pikmin to Splatoon.

In an industry where the rising costs of cutting edge game development are driving so many companies to go all-in on AAA "prestige" games, I really love that Nintendo still value smaller titles that may not sell 10 million or win dozens of GOTY awards, but nonetheless bring a unique flavour to the Switch buffet.

This deserves Billion likes Nintendo knows what they are doing.

Do you guys think Ring Fit can outsell both Wii Fit titles (obviously not combined)? I think there's definitely a good possibility. Only needs about 8 million over the remainder of the Switch's life. I could see it selling about 23 million, possibly even 25 million by the end of its life, so it's a yes from me. I could even see it remaining in the top 10, although barely.

Forgotten Land, SV, TOTK, Switch Sports, Bowser's Fury, Mario Maker 2, Monster Hunter Rise, Mario Party Superstars, Splatoon 3. That brings us to 23 games. If there is another Pokemon game after SV (like probably a Crystal remake), that would be an easy 10 million. If the next mainline Mario game is on Switch, that also should be an easy 10 million. If the rumors of a DK game are true, I can potentially see that being a 10 million seller.

Ultimately, it's not set in stone that Switch will have 25 games exceed 10 million because it depends on things that haven't been announced and are largely just speculation, but I would say that we are guaranteed 23 games.

@znake You mean March 2023, not March 2024 for 123-125 million. Based on your prediction when do you see a Switch successor launching and do you factor in potential new models/price cuts? 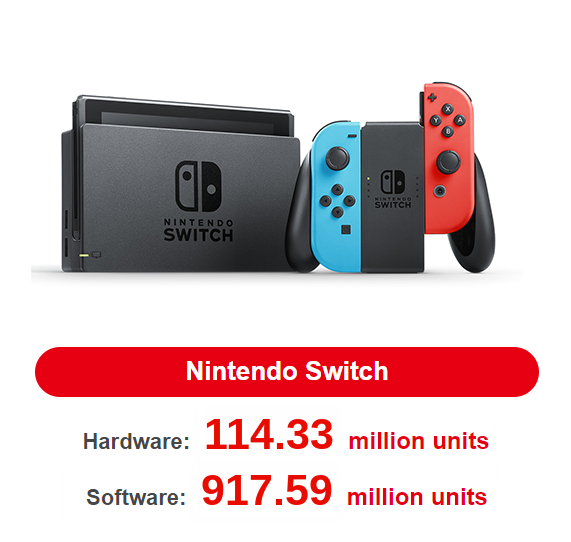 The Switch is just about to pass PS4 during this quarter. 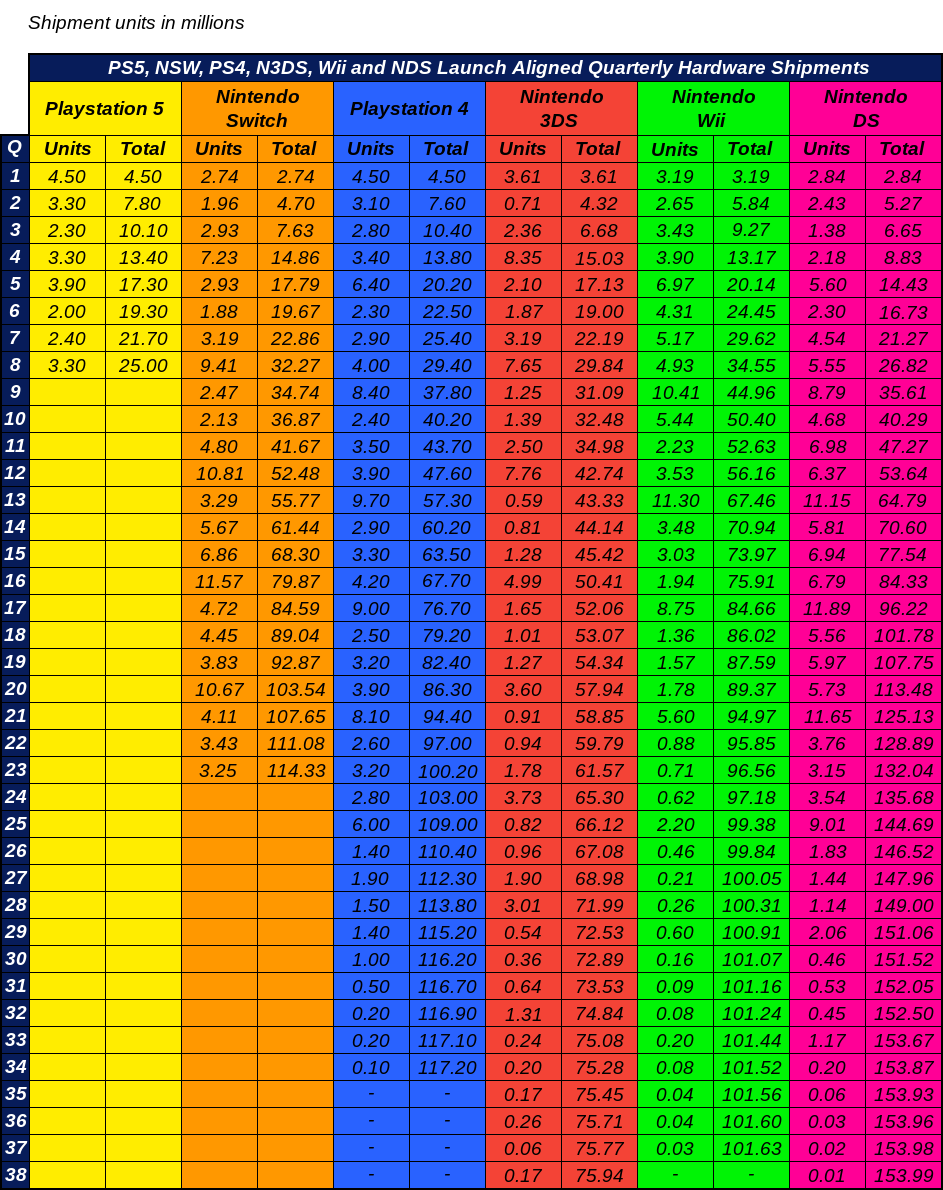