Forums - Politics Discussion - Could it be that experts have lied to us about the dinosaurs?

I'm going to add my own commentary so I don't misrepresent the words of the speakers and make them sound stupid or wrong. Everything he says is true. Those will be printed in bold, and all mine in regular font.

1. No dinosaurs were carnivores, the teeth were fabrications. Only 20% of a a skeleton has ever been found.

My comment: This is true. We've only found one fossilized skeleton of a Tyrannosaurus Rex. A 5 headed, 5 tailed, and 5 bodied giant lizard, except with only 1 head, 1 tail, and 1 body - 20% of the full beast. Also, it was an extremely effeminate T-Rex, so its body resembled that of birds, rather than the big lizard it is. We also couldn't find all four of its limbs, so we just stuck on baby arms instead.

The sharp teeth we discovered were actually to eat tough fruit, much like their closest relatives, the Mountain gorilla. 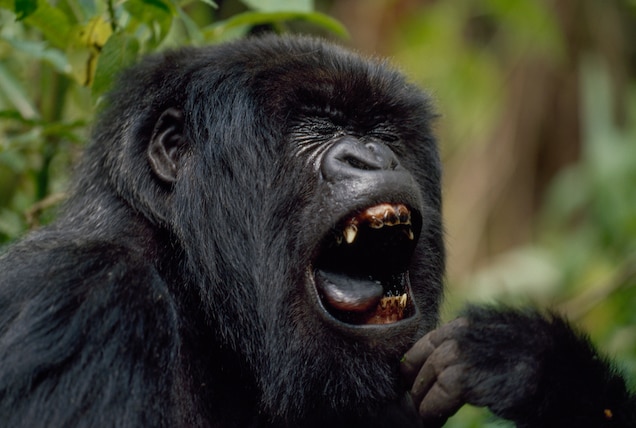 2. They brought 2 of every dinosaur onto Noah's ark, but they were babies, so they could fit them.

My comment: not a huge stretch, we only know of approximately 900 genera of dinosaur covering about 1124 species. It may sound like a lot, but we have 7.77 million species of animal alive, today, ignoring all the extinct ones. The ark could fit a lot. As you can see, millions of animals: 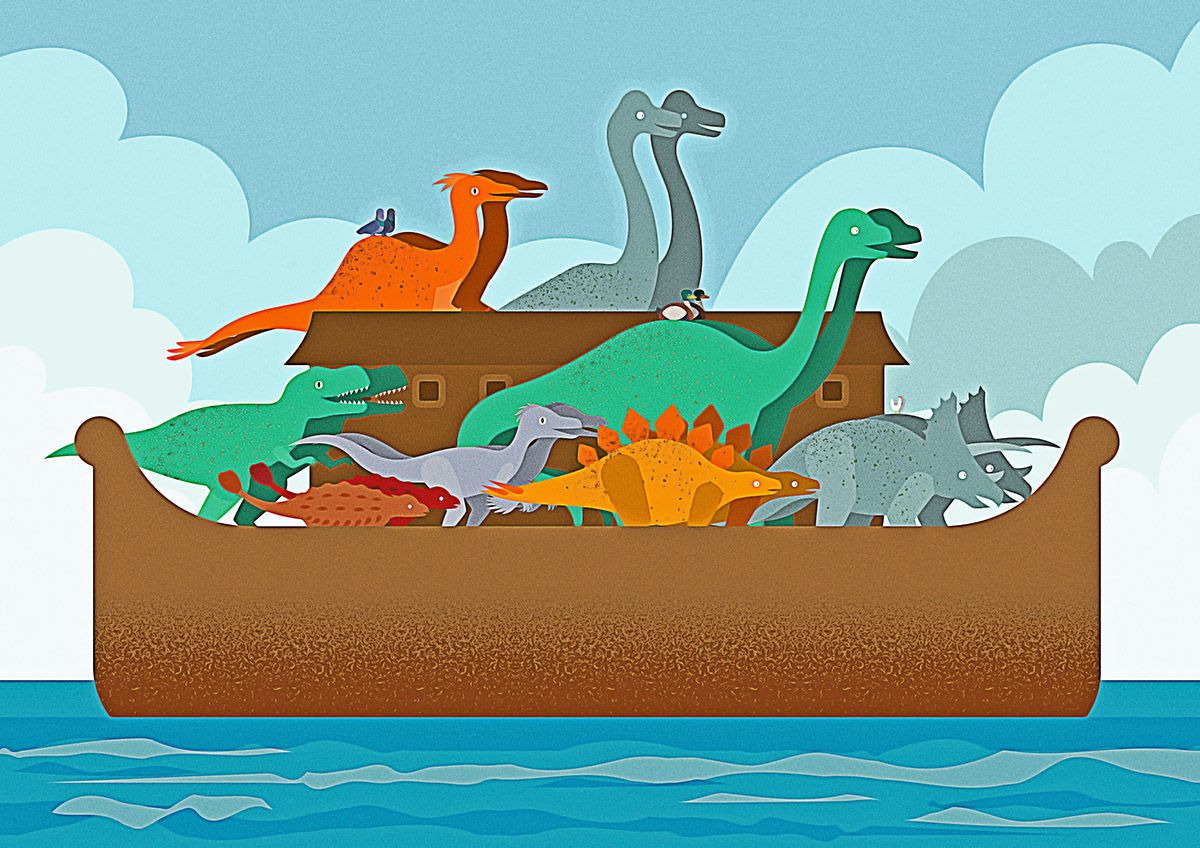 3. When God said people could eat meat, people got out their guns and shot the biggest ones, sometimes just for fun!

My comment: it's true humans shot all the big ones with their ancient rifles. If you saw a critically endangered dinosaur, wouldn't you shoot it for fun? The guy in the video would. So do rich hollywood elites like Spielberg.

4. To believe in dinosaurs doesn't mean it's millions of years. It's just a few thousand. Dinosaurs and evolution don't go together.

My comment: Evolution favours survival of the fittest. Dinosaurs were very fit, and yet went extinct fairly easily by hunting. So how could they ever evolve without people hunting them to extinction? It's a paradox. Some of the dinosaurs, like the T-Rex survived, but they shed their legs for flippers and went back into the oceans so that humans could own the land. T-Rexes (pictured on the left) became Orcas (pictured on the right). Do these animals look like apex predators to you? They ate kelp. 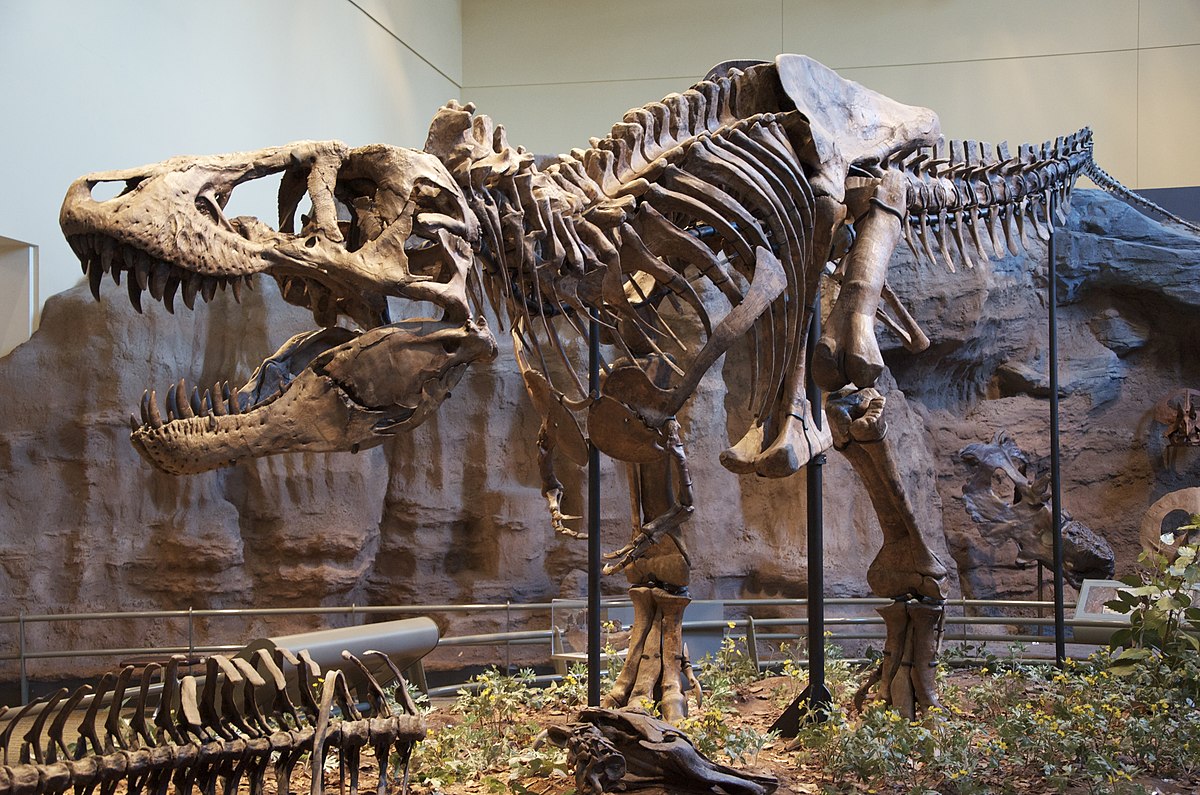 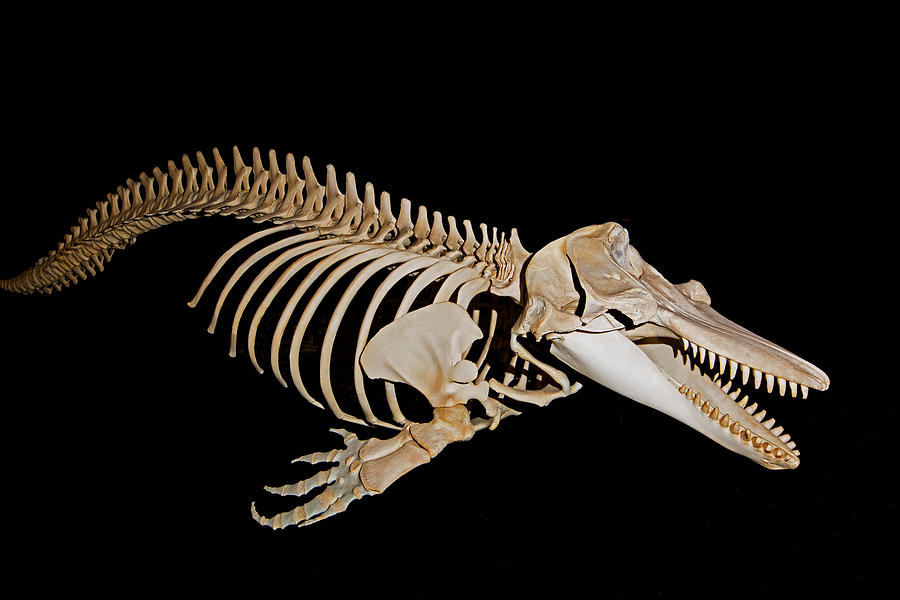 Don't be brainwashed by science or the left-wing media. Otherwise you might think the above video is somewhere between stupid and insane.

I have read many, many articles on creation.com

They have answers to so many topics, fascinating stuff! There is a stereotype that Christianity doesn't take science into consideration, but that website finds biblical stances are supported by scientific research. I love reading things there, and they have articles on some of the most randomly specific topics lol it's awesome!

Could it be? They always lie to us. Spinosaurus gets new reconstructions every week nowadays.

I used to live with someone that would tell me all this without any parody element for a few days whenever the monthly magazine came out.
The founder was an Australian that found it all to be quite a profitable business for a long time.

Ah I get it now, creationism is about creative interpretation of inconvenient facts.

The problem is that very few Christians actually live and behave like Christians. They carry the banner. They go through the motions. They do all the stuff they're supposed to do... except the part where they're suppose to do unto others as they would have done unto themselves. And because of that, everything gets mucked up and we get things like this, among other such wonders like blowing up abortion clinics and killing/harassing homosexuals etc.

And have you read many articles on non biased (they admit this themselves) websites? Preferably peer reviewed scientific literature, or at the very least sites that do not have an admitted bias? Because if not, you are not engaged in scientific research, even using the loosest sense of the word.

Christianity in fact doesn't take science into consideration. Christians may take science into consideration on certain issues, but not in evaluating their religious beliefs. The Bible is specifically anti-science. It does not encourage people to critically evaluate claims or to use skepticism. "Blessed are those who have not seen, and have believed."

what have i jsut watched lol