Sometimes acquisitions take place just to make sure a competitor can't buy the company out from under you.  In a case like that, it could make sense for Sony to buy Square Enix.  But, I doubt we'll see Sony making an acquisition of that size.  It wouldn't surprise me if Microsoft did it though.

What needs to be considered is the reason behind any acquisition if it to protect themselves from losing access to 3rd party titles then a full acquisition isn't the only option. they could hold enough stock to prevent a takeover whether that's by owning a 51% stake or make alliances, another strategy would be to lengthen existing publishing deals and for non published content the use of more general contracts based on ensuring future content.

I doubt Sony is gonna pay a few billion dollars for something as humble as securing the mutiplats they're already getting. Would make more sense to add a few more billion dollars and gain 100% the revenue and complete control.

"Okay, Capcom no longer supports our platform because [insert platform-holder] bought them to promote their platform (like Zenimax!). We respond by making all of our Square Enix products exclusive."

It's the shit from nightmares, but not entirely impossible. Gaming is arguably Sony's core business now.

As well as Deviation, Firewalk & Haven, depending on the success & reception of their projects. I wouldn't count out Sony buying a massive publisher like Capcom or Square either. I mean, Sony buying a publisher is a massive undertaking for them, but they're also in the best position financially than they've ever been, and they have the capital to make strategic investments to weather the consolidation storm that is about to hit the video game industry. 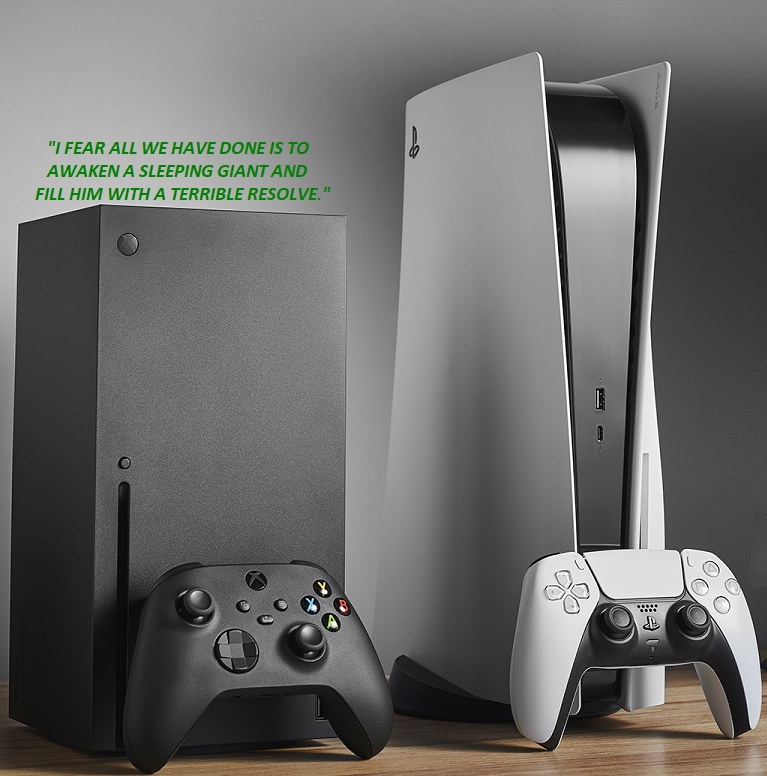 This, and the fact that SE is bloated and only has few skillful people left. SE would be a terrible buy, if it weren’t for their legacy IPs, which SE continues to milk and dilute (FF origins lol).

Nothing SE revealed in the last 15 years touches the quality, polish or ambition of FromSoftware or even Capcom games, they’re just not a good third party developer period.

Now neither scenario is ideal but the alternative question is now Ms has started the ball rolling why spend even more billions on one or two companies that you don't really want, only to have things snowball, when you can go a more cost effect route by targeting your resources across a broader number publishers/studios using a range of strategies to secure a larger number titles, especially when you don't know what and where MS may be targeting.

That you know nothing about mergers and acquisitions.

MS could never buy Sony. Not only would Sony never agree but the JP government would bar it as well. Sony is JP's 3rd biggest company and could soon be 2nd, and has a crucial spot in numerous restricted industries (chips, tech, finance).

LMAO the fact is Sony and Square are closer than they have ever been bar PS1/2 days. They have both agreed on exclusivity on nearly all their JP AAA titles.

Not only that but Xbox misses out on a ton of Square games:

Its actually worse. Square does not release their games on Xbox unless MS pays them for it, and even then its only on gamepass.

Sony plans to spend $18B on strategic investments in 3 years. SE has a marketcap of $6B. You bet Sony is looking at acquisitions of that size.

Honestly, it's becoming difficult to tell what is more cost-effective than what in the current state of affairs. If MS and the new giants are serious about this and we hear of a couple more Zenimax-tier acqusitions, Sony is probably going to step up their game and take financial risks because "not taking risks" may be a huge risk in and of itself. And I guess people shouldn't complain because apparently all types of acqusitions are equal and they're better for the consumer than paid deals lol.

Let's hope the majority of reputable studios acquired won't soon get closed or downgraded following the inevitable cases of failure from their new parent companies.

I ask dear colleagues, how much is Capcom worth today? And kadokawa (since buying only Fromsoftware would be nearly impossible), how much would the entire Kadokawa conglomerate be worth?

If you ask me... Capcom > Zenimax / From Software > Bethesda Softworks.