Playstaion Now could be improved, sure, but the question is how. Faster, more games, more countries, cheaper, that'd be cool. But I want this to be more specific. Not necessarily realistic, but a pitch of how this service could be improved. This is also an invitation for everybody interested to give their best, most passionate pitch on how Playstation Now could become the best version, or your ideal version of it. This is my pitch:

GamePass is the best value in gaming. You are not willing to compete on thier terms. So what do you do? -Give your service a clear identity. And you can (rather) easily achieve that by concentrating on your history.

Game conservation is en vouge. And Microsoft is getting much credit and goodwill for their efforts on backwards compatability. And rightfully so. This is not a sprint, but a marathon. And they are clearly playing the long game. 7 and a half billion dollars long, just to give one significant example. But you have lasted longer. This is one of your key advanteges and one you should play out like an ace up your sleeve in regards to Playstation Now.

Start with the Playstation 1 library. Make a dedicated section in PSNow, that is just for PS1 games and make it very prominent. To an extent, this is going to be a licensing nightmare. Or at least I could imagine it being one. But I strongly believe that it would work to great effect. Release at least on PS1 game every week. Make trailers for them and release them on your official youtube channel, alsways with an added promotion of PSNow. Make it so you can stream, or download them. This is especially important when your service cannot compete to similar offerings in streaming quality. The download option is very important.

If you can, use any remasters available so you can have the very best option of playing the original. But stay away from remakes - otherwise it would not be a PS1 thing anymore. Also, have the option to no just play the remaster, but the very original version - maximum nostalgia. And as soon as you add a game to PSNow, just for good measure, also add it to the PS-Store. This way, people will more easily notice what they are missing out on.

Afte two years or three perhaps, when you have a very beefy PS1 library on PSNow and this service becomes the definitive place to play PS1 games, start with PS2. Crucially, don't just stop with the PS1 library. Get as many and as highly regarded PS1 classics as you possibly can, while also focusing on PS2 games at the same time. Every week, at least on game form the two Playstaiton systems. They will all land in PSNow in the dedicated PS-history section. This section is now comprised of PS1 and PS2. But, as you suspected, not for far too long. After another three years or so, you will make the (quite difficult I imagine) commitment to have the very best (and in time as many as possible) PS3 games on the service. And like with the others, as download and streaming option. And after another two, or three years the ever in popularity growing PSNow-history section, which at this point might as well just be what PSNow is, will start adding PS4 games. And after another three years the PS5 library will be waiting.

I would suggest that starting with the Playstation 6, or 7, depending on how much time you need to build up the library, every generations library that came before should be available in PSNow. This is what PSNow should become - one subscription price for all of Playstations history - THE place to play - THE PLAYSTATION.

... And perhaps change the name when you start with the legacy library thing. Brings fresh wind to this new direction. Just cannot think of a good one. PlayGrounds? PlayRoom? PlayBack (because it concerns itself with games from the past)? Any suggestions?

Now please let me hear your thoughts on this pitch as well as your pitch for your best version of PSNow.

I disagree with building up a PS1 library while making us wait 2-3 years more for PS2 content. Sure, there are some PS2 games on PS Now at the moment. But I think it's only 18. I think PS2 games on PS Now is a bigger selling point than PS1 games, though I do want at least dozens of PS1 games on there.
They need to add PS5 games. Xbox has Series S/X versions of games available on Game Pass. PS Now has no such offering. PS Now could also stand to have some Day 1 or at least first month or two 1st and 3rd party games on the services.
More countries is a very good idea, but that goes without saying.
Sony should have a PS Now bundle with PS Plus included. I mean Microsoft has a Game Pass bundle with Xbox Live included.

I'm inclined to somewhat agree with this: PS2 games are a bigger selling point than PS1 games to many. But, as you implied, you cannot just leave out PS1 games. Perhaps they can start with both? Would take longer, but might give people the games they want faster. But I would say that this should be the stopping point. A legacy platform works best when you start at the beginning. When you build your library up from the PS1/PS2 days, the announcement and media buzz for comitting to the next platform (PS3/PS4/...) are bound to be huge every time. And it is going to get easyier with more modern systems - on those you got almost everything digital anyways.

Your pitch about PSNow adding PS5 games is certainly not a bad idea. But with that PSNow would ultimately just become another GamePass. Which is not a bad thing (I would not mind at all paying the price of one, or two games a year to play all of their games), but a bit unoriginal. With this I mean to say that becoming so similar to GamePass, PSNow will always (or for a very, very long time) be regarded as the inferior version of the same thing. If the service has it's own strong identity, comparisons to competitors could be more favourable.

I have to say that it sounds disingenuous to say there are PS2 games on the service. They are PS4 ports of PS2 games so effectively are PS4 games. And that initiative has died already.

That said, a big issue is that the rack servers don't have the necessary hardware to run these older PS games. They also don't have PS5 hardware, which would explain the lack of PS5 games on PS Plus.

I don't think the lack has anything to do with Sony wanting to delay PS5 games. On the contrary, Sony were making rather good moves to PS Plus prior to covid hitting, and then things just stopped. And since they can't even manufacture enough PS5's for demand, sparing some for random servers doesn't make sense (both from hardware sales and the inevitable software sales they are seeing too).

When things stabalise I imagine we'll see the next step in PS Plus evolution. For me, as long as it streams/ downloads PS4 and PS5 games, that's all I would care about. And a smooth connection. Anything else is just icing.

PS Now is cheaper and has a larger library of games than Gamepass...

Right. I feel the whole premise of this thread is off. Gamepass isn't some superior special sauce.
Gamepass' entire hype seems to hinge on "new" games. Which aren't better games, and in fact
a game that has had time to recieve patches is unambiguously a better game by my book.
So it comes down to appealing to people who have no patience, no impulse control crowd. OK.
Meanwhile people with patience, or just those who have been enjoying playing great older games
because their desire to play those doesn't suddenly disappear just because MS has a new shiny game,
they are enjoying more games, and quality games, for a lesser price via Sony's offering which is
also more generous in terms of allowing continued access compared to GP revoking games after their time.
Of course the ultrafans of Gamepass never will discuss Sony's offering, never mention it's subscriber numbers.
Some people then go along with that, forget about Sony's value, and feel they must "defend" against GP.
No need. Just look at the numbers. GP is not more attractive to more people, Sony's numbers are great.
EDIT: And irony is, we can take the GP ultrafan's mantra "console sales don't matter" and apply it to PSN/+.
That makes Sony's subscribers look even more impressive because they aren't rationalized by console install base.
Not that MS' GP numbers relative to console base are particularly any better than Sony's. Although since MS
is selling GP to PC while Sony isn't currently (note the massive PC port push though), that suggests Sony
currently is leaving major sales market untouched, which can quickly be leveraged if/when PC offering is made.
What do people think of prospects for PS+/Now on PC, possibly in collaboration with Epic given Sony's stake there?

The major benefit of Gamepass is the promise of Day 1 access to all future Microsoft 1st Party games and a smattering of 3rd party games on Day 1 as well. Those are undoubtedly huge items in the plus column. Of course MS's release pattern is slowly ramping up after its recent expansion.

I don't ever expect Sony to offer its Games day 1 through PS Now (though they sometimes do that through PS Plus), but at least one 3rd party release has seen a Day 1 launch on PS Now- Virtua Fighter 5, so we'll see if that continues...

I don't feel like PS1 games have aged all that well. There aren't enough PS1 games that I'd need a subscription service for them. Would much rather just buy the ones I want than get a subsciption for that purpose. Most are available to download legally, and there are illegal means for the few that aren't. If they wanted to offer more PS1/2 games on the service that's neat, but it wouldn't convince me to subscribe if I hadn't already. 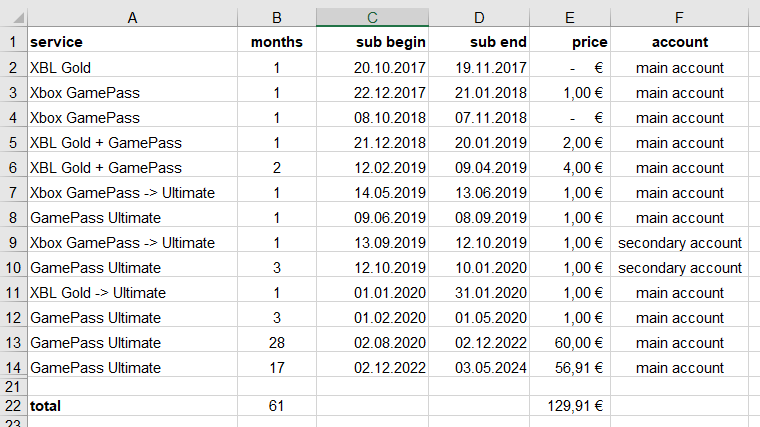