If we put in perspective, PS4 Japan 1st week would be 0, and would remain 0 for 3 months. So PS5 having over 100k for first week shows a lot more priority was given compared to gen 8.

Considering limited manufacturing capability for launch (because we know the launch numbers would be equivalent to several months of regular months, plus there is holiday) you won't setup your manufacturing capabilities for something that would be higher than the necessary for the months after launch. And even if you stockpile prior to launch, well that is another problem because if Sony instead of let's say 2.5M consoles wanted 5M consoles ready for launch so nowhere would be sold out on launch and started to produce 2 or 3 months earlier to achieve that, it would mean going from 1.25B in inventory to 2.5B and that is a lot of iddle money.

I'm merely talking about the Japan launch week being a big step down, and that it is indeed. I specifically pointed out that all these numbers really told us was that Sony (and MS) were not prioritizing Japan highly for the launch, so I'm not implying that it shows there is less demand for the PS5 in Japan or that it will worse in the long run than the PS4.

I'm not sure what you're trying to say here exactly. I'll agree that they arguably downprioritized Japan moreso with the PS4 since they straight up delayed the launch back then, but I think the 0 for 3 months thing is a bit of a distorted comparison.

No surprise that Sony limited availability of the cheaper all-digital SKU. Should be at least a 75/25 split in favor of the disc version in every country.

It isn't a distorted comparison. You tried to spin the sales as the sales not being good on the 1st week compared to PS4 and also that Sony is prioritizing Japan less. When my post demonstrated that Sony is prioritizing more and why they don't have as much inventory to set to Japan (they have to supply plenty other countries compared to PS4 that when they launched in Japan it could receive most of the available inventory because other countries were already launched). 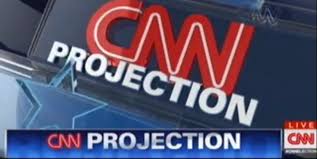 Now we go over to John King at the board. John, please explain to our viewers just how Sony was able to pull out this victory in Japan...

I would say pretty bad Supply and pretty bad launch numbers. People can slice this anyway they want, these are not great numbers.