Forums - Sales Discussion - Is there a possibility that the Nintendo Switch will be the best-selling console?

Yep!  I guarantee Microsoft and Sony are sweating bullets right now between the smash success that the Switch is and the looming recession/global lockdowns.  With the amazing lineup of games that the Switch has it is just a much more appealing option for the next couple years on that alone.  I bet many households will be looking at this scenario come the holidays as well:

I just foresee scenario 1 being much more appealing to many in the coming months/years.

Nope, sales curve is pretty consistent, you can see it increase, plateau, descrease and dwindle. If platform holders really could keep the same system selling they wouldn't take the risk to put a new system on the market with 0 install base and games. They usually launch the new system when the current gen console SW sales start to decrease. You can look at PS4, HW sales have started dropping for about 2 years, but SW was still good, but you can see it is nearing the drop as well. Why do you think if Sony kept it around for let's say another 10 years it would sell another 100M? 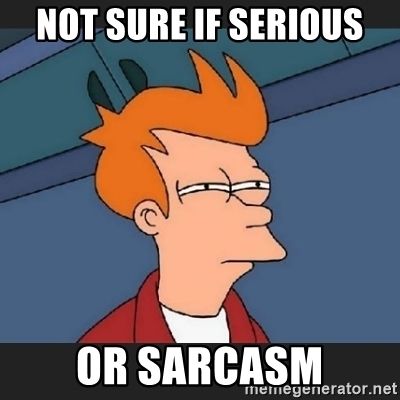 Have you seen entire families of four or more members having a switch each member? I’ve seen it.

With the Sony fiscal numbers, i think the PS4 is pretty much dying faster than we thought, hardware wise. Sony seem pretty subborn on their 9 million and won't ship more. If they didn't lower the price and aren't shipping more, maybe it's cause the PS5 price will be pretty expensive. So i think the PS4 is destined to die around 125 more or less, and i don't see it reaching 130 millions unless they make a move out of nowhere.

Let's wait for Q1 numbers from Nintendo, but i think they will indicate pretty big stuff. I do think the Switch could end up in that 120-125 million range.

I haven't. I'm sure there's plenty, though. I just know that in my household we have a Switch and a Switch Lite. The Lite I bought for my daughter hasn't even been used because we can't transfer the Animal Crossing save data--the sole reason we even bought the system. I wanna sell it but they promise a patch is coming.

Seems unlikely currently. It looks like it will easily beat the Wii and compete with the PS4.

But there could be factors to propel it past this levels towards DS or PS2. Mostly that would be more casual games, a Switch Sports of sorts with proper advertisement. RingFit was a step in that direction. Also long life could be a factor. Gameboy for instance lived a very long life and that helped its sales.

Will outsell Wii and PsOne, but not PS2 or even PS4.

Ain't gonna happen. I've been over this before in other threads, but the Switch would need to be incredibly back-loaded. By this point (~40 months), most Nintendo systems had sold through the majority of their lifetime totals. While the Switch is less front-loaded than Nintendo's past home consoles and has racked up over 20M in its first 40 months (a very impressive total, to be sure), it would still need to be one of the most back-loaded systems ever to best the PS2 & DS. Lets compare it to other super-popular systems, and let's break it down by region.

In the U.S., the PS2, which sold just under half of its lifetime sales in the U.S. after 40 months. If the Switch is at the halfway point of its lifetime sales total in the U.S., that would mean it would end up somewhere around 41M. And that's not good enough, because that's still far short of the PS2's lifetime total of about 46.4M. The Switch would need to have sold no more than 44% of its lifetime total to date for it to match the PS2. In other words, it needs to sell roughly 26M more units from now to the end of its life. While it is currently reducing its deficit against the PS2, let's not forget that the PS2 was posting solid sales for a very long time, with over 11M sold from the PS3's launch onward. Also, it's worth pointing out that the majority of the deficit reduction came from the COVID boom in the console market this year, and that reduction may not continue indefinitely.

And it may need to do more than beat just the PS2, because the Switch needs the U.S./NA to help make up for Europe (see below). More realistically, it would have to beat the DS, which is the best-selling system ever in the U.S. at about 53.5M sold. And to beat that it's going to require the Switch to have sold no more than about 38% of its lifetime total so far. That's very backloaded for a system. The 360 was roughly at that after 40 months, and, more relevant, it's also comparable to what the DS was at after 40 months. But the DS had a slow start and a delayed peak. The Switch had a faster start than the DS, and it seems unlikely that it can post comparable growth to the DS, which it would need to in order to sell the ~33M more it needs just to match the DS. While the Switch does have a lead, that lead has been shrinking, aside from a brief reversal caused by the aforementioned COVID boom. Seeing what the Switch is up against in the future against the DS in the U.S., it's not looking plausible that the Switch can beat it.

We had a thread about Japan just last week, and here's my post on the subject. But to summarize, the Switch needs to sell another 18.6M units to beat the DS in Japan. No system has ever come close to selling that many units after the 3-½ year mark in Japan (the DS is of course the current record-holder with about 10.3M units sold after the 3-½ year mark). The Switch would not only have to beat ever record for back-loading of sales, but absolutely obliterate them. Assuming it stays on the market for another 4-½ years, it would need to average over 4M units per year that whole time. Game systems just don't sell like that in Japan. While the Switch will definitely pass the 3DS, it will almost definitely fall short of the DS.

Finally, as for Europe, the DS sold about 52M units and the PS2 about 55M. According to VGC, the Switch is currently at about 15.6M. The Switch simply isn't doing nearly well enough to sell the 37-40M more units it needs to best either of them. Considering it's been selling at a considerably slower rate than the DS and even the PS4, it would need to be insanely back-loaded. It is almost certainly going to fall well short of being the most successful system ever in Europe, which is why North America and Japan are going to have to make up for it, and odds are it will far well short of the new #1 position in those markets as well.

At best, I can see the Switch selling somewhere in the 120-130M range. I know some people are being very bullish on the Switch, and I myself like seeing it do well, but we have to be realistic. The PS2 and DS were anomalies in their respective sub-markets. That sort of success will almost certainly never be replicated. The odds that the Switch will even get close to them is low. And that's fine. It doesn't need to be the best-selling system ever to be a success. It's already a success. Even 100M would be an incredibly impressive figure, being a milestone only six other systems (Game Boy, Wii, DS, PS1, PS2, & PS4) have passed.

Switch is now targeting the gameboy.