Too much Mattrick, not enough Spencer. A recipe for food poisoning. 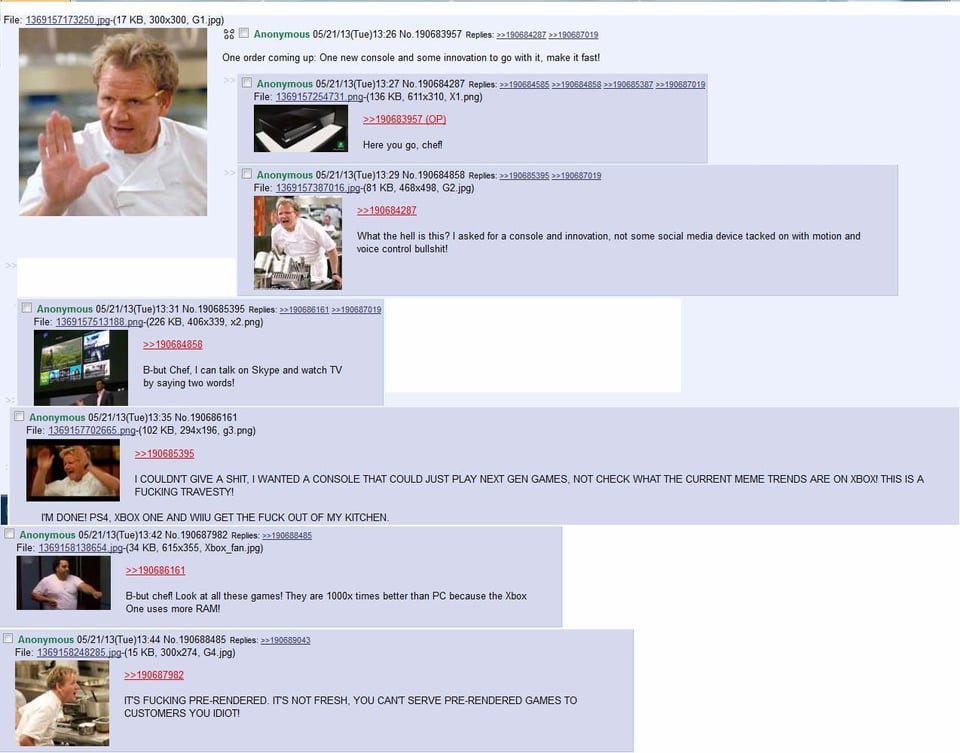 Funny how the console with a consistently better and varied roaster of exclusive games along with all available Multiplat games sells better. Who would have thought people buy a games console primarily for the games.

If there was a third the gap would be at least 100M.

PS3 had a disastrous reveal? I don’t remember that. The price was ridiculous, but the games looked fine, it came with a BR drive, and there were no out of touch, laugh your ass off DRM policies that alienated most gamers. Still, even with that egregious price, it was on pace to outsell the 360 from day one. People want to talk as if it took a miracle rebound by Sony to turn the PS3 into a console people wanted, but it was on pace to succeed from day one. The reveal or price didn’t sink it like they did with the Xbox. Sony was also in a much better position in the market, so even if the reveals were comparable, which they weren’t, Sony was in better position to recover.

Sony did do a good job with games on the PS3 though. Better than PS4 imho and certainly better than MS did with 360 or Xbone. Microsoft will do well with games now. This was just a bad generation for them, launching with a horrible vision from a terrible leader, they’ve rebounded about as well as they could have. It’s not like they can just buy whatever studios or games they want. Takes years to acquire studios and make games.

The reveal was absolutely abysmal, and a contender for worst reveal ever of a console. Yes, the reveals of the Sega Saturn and the Wii U were still somehow better than the Xbox One's. Let us recap what a disaster the start of the Xbox One was:

-100$ more expensive
-Less games (even if PS4 did not have that many exclusives early on either)
-Used games are banned (even if that got rectified, it left an absolutely horrible taste; I remember the PS4 reveal outright making fun of this)
-Always on DRM
-Mandatory Kinect

Yeah, no wonder it flopped hard; I am almost surprised it sold as ""well"" as it sold, with such a reval you'd expect it to compete against the freaking Wii U in sales.

Here is how Microsoft could have saved the Xbox One and beaten Sony (or at least tied like PS3 vs 360):

-Sell it at the same price as the PS4
-Xbox 360 backwards compatibility on day one (and make fun of Sony at this)
-Do not even attempt the mandatory Kinect nor the always on DRM or the used games thing
-Focus more on the games and not on TV and what not (PS4 did not have that many exclusives early on, though as the generation goes on Microsoft will need to improve their exclusives compared to what they launched)
-As a bonus, launch Xbox Game Pass on day one, which would have been the "killer app" of sorts against Sony. Even if Xbox One gets less exclusives, it would still be the cheaper way to play the multiplats

Yeah the always on DRM implementation left a lot of bad taste in people mouths. Even when it was revoked it was openly bad mouthed in the media outlets around the world.

Really glad it didn't take off. The implications it had for console gaming would have been downright horrible. If it did work, we would see the rest of the industry follow. Like paywall online service. No thanks. I have 0 trust for a company trying to do that.

This is exactly why I'm against all digital. They can sell you a license but you never truly own the game.

Games and price I think are the most important factors for most people I suspect.

A terrible first impression was the biggest factor on why the console could never catch up to the PS4. A DRM console that was primarily marketed as a cable box, with someone doubling down on the DRM. The damage was already done when they did the 180.

Also the exclusives, both in quality and quantity, were severely lacking on the platform.

It started with the PR disasters ahead of launch. Prior to the official announcement, Adam Orth made his infamous "Deal with it" tweet in response to the rumors of always-online requirements for the system that were circulating. Then there was the system's official unveiling, an event that has been sarcastically summed up as "TV, TV, TV, sports, sports, TV, TV, Call of Duty." MS also confirmed around the same time that the rumors about always-online were somewhat accurate: the system as initially planned required the internet to function as it required a once-per-day online check-in to keep playing games (essentially, you needed MS's permission each day to play anything), and that the ability to lend, sell, gift, or trade games would be heavily regulated (which may have been illegal, and may have been subjected to court challenges had MS gone through with it). Furthermore, it was initially announced that Kinect would be force-bundled and be a required part of the Xbox One experience, something that resulted in a higher launch price as well as raising privacy concerns.

Between the anti-consumer elements and a reveal event that focused on multimedia features instead of games, the XBO was already in hot water with gamers. Sony took advantage of the situation at E3, announcing a lower launch price (with the system camera sold separately) and confirming (including through a humorous video) that there would be no mandatory online and that the ability to lend, sell, gift, or trade your used games would not be subject to any restrictions.

While MS would eventually relent and do away with their online requirements and DRM scheme and Kinect would not be required for the system to function, the damage had been done. Furthermore, Kinect would still remain bundled, and as a result the XBO launched for $100 more than the PS4, despite being a less powerful system.

Because of the actions and decisions of Don Mattrick and others ahead of launch, many, many gamers were put off by the Xbox One. Confidence in the brand was hurt, and many didn't want to pay an extra $100 just for Kinect. As a result, the Xbox brand suffered a massive decline in market share after their tremendous gains in Gen 7, including the 360's total domination of the North American & UK markets. I myself decided to buy a PS4 at launch despite the 360 being my main last generation and me never even owning a PS3 (though my roommate had one). It was the first time I ever had a PlayStation as my primary system. I did end up getting an XBO about a year later, but back in spring of 2013 I was fully prepared to stop supporting Xbox.

For what it's worth, though, Xbox's market share losses weren't as bad as the loss in market share that PlayStation experienced with the PS3, at least in North America and the UK, Xbox's largest markets (together they represent the vast majority of XBO sales). The XBO has been quite competitive with the PS4 at times, even beating the PS4 in a number of months in the U.S. While it is still trailing the PS4 by a fair amount (the current U.S. split is 54%/46% in the PS4's favor for conventional console sales), it was a far closer generation than it had any right to be given how things started off. So, I do think this generation does suggest that Xbox is a more resilient brand in the U.S., Canada, & the UK than PlayStation is (and possibly also in other English-speaking nations like Australia, New Zealand, & Ireland, though sales data for those nations is nigh-impossible to find). In continental Europe and especially Japan, though, it was a massive loss for MS as those markets show high preference for PlayStation. This is why regional differences in buying habits matter when discussing global sales.

Also, I think MS learned their lessons just as Sony did with the PS3. The Xbox brand leadership had a huge shakeup, with Don Mattrick being replaced with Phil Spencer as the division head. MS has made a lot of strides in making Xbox a solid brand once again, and they are not repeating the same mistakes they did seven years ago. While my interest in Xbox was at an all-time low in 2013 (and the MCC being broken at launch didn't help), since the release of the One X Xbox is once again my default platform. I'm really looking forward to the Series X and I'm still planning on buying one at launch (I will also still get a PS5 at some point within its first year).

It will be interesting to see how regional dynamics will come into play in the upcoming generation, especially now that this is the first time where PlayStation and Xbox competed with each other on more or less even terms, with neither making any huge mistakes (yet), and with both being established brands. In Gen 6, Xbox was the new kid on the block, an as-yet unproven brand launching a year after the PS2, which was riding high on the success of the PS1. In Gen 7, Sony messed up big time by pricing the PS3 way too high for the time. And MS made the aforementioned mistakes at the start of this generation. Unless one system is priced substantially higher than the other or some other unforeseen blunder occurs within the next several months, both the PS5 and XSX are essentially starting off with no handicaps. 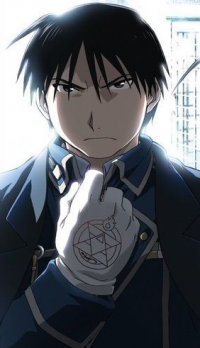 The PR disaster from the reveal, the lack of brand power outside the US,  the lack of actual exclusives and the fact that Sony did everything greatly, so no PS3-esque disaster to take advantage of.