I buy all new Nintendo consoles regardless of launch titles.

Jet Set Radio Future HD. If they wanted to bundle in a sequel, that'd be cool too.

Grand Theft Auto VI, especially if it has some sort of exclusivity perks to a console.

The much needed Picross 3D sequel. 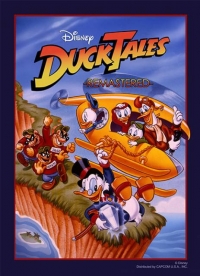 A huge Thief game including the previous episodes with updated graphics and a new one, in a semi-open world, that is, open, but just with the time and location constraints necessary to keep consistent the storyline, at least in the large scale (it wouldn't make sense, for example, to defy the Mechanists before concluding the main missions of the first game), although sidequests could be added to make less linear the first two parts. Adding sidequests in parts of the town still unused, or not used yet, in the main storyline would be great, and it would allow to optimise resources without the risk of triggering wrong things at the wrong time. And finally we'd have the third game with the levels not split in parts, as it happened due to XB RAM too small for a game initially designed for PC with at least four times as much RAM, if not even eight times (256MB was mainstream back then, but due to the n-th RAM shortage and price explosion, MS cut the initially planned 128MB, that with streamlined OS and consoles optimisations could have been enough, to just 64MB, too small for a console that was made with PC multiplats in mind).

Yep. If I had the choice I’d rather have it on PC though, bit really I’d take anything.