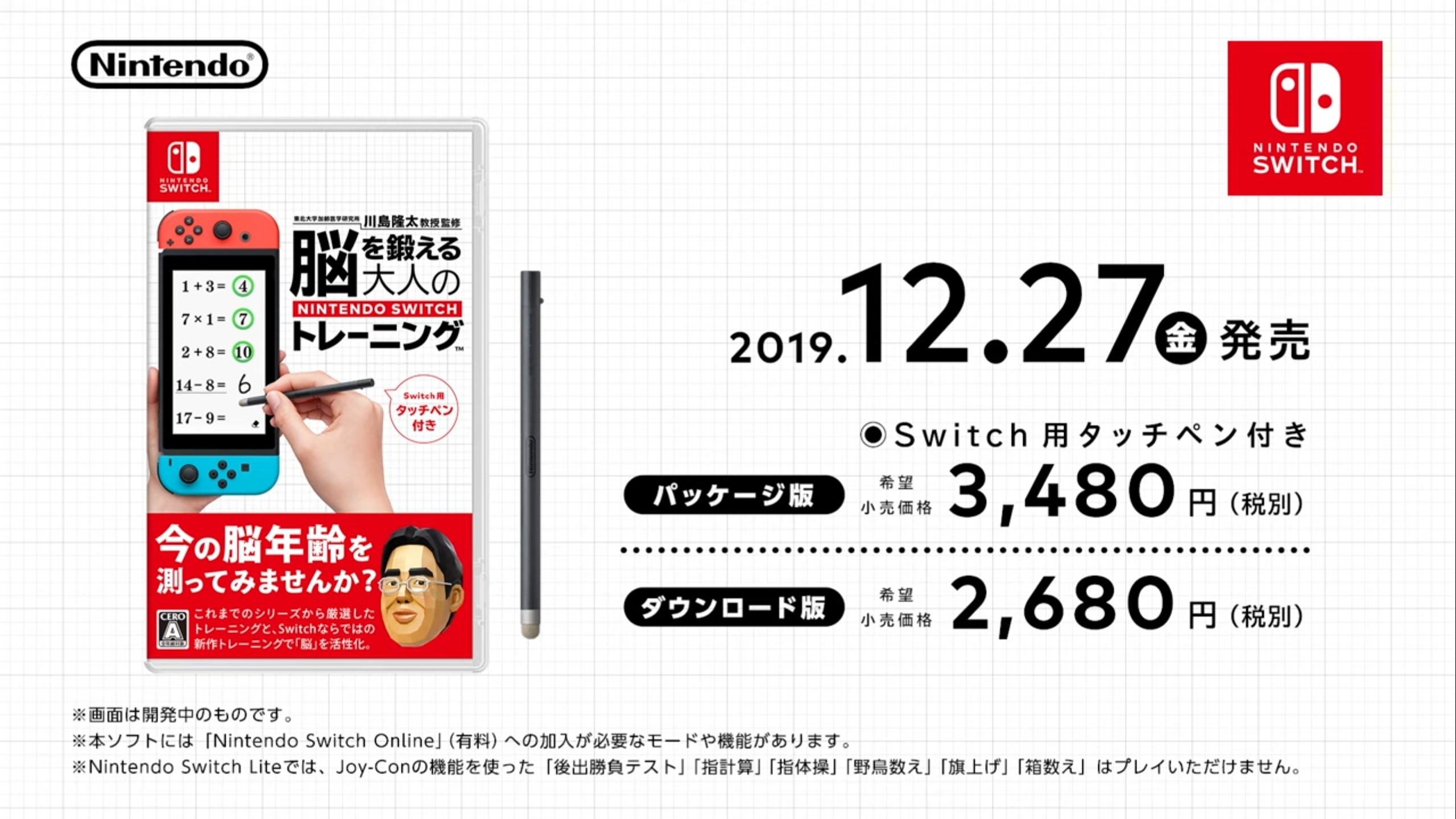 Pretty sure it's gonna flop. Back when these games were on the DS, there wasn't really anything like them. Now we have smart phones that offer this kind of experience for free.

The 3DS Brain Training flopped hard. People have moved on. There are a million of these types of things available on phones for $0.

BRAIN AGE IS BACK BABY!

That box art is really ugly.

Apparently, this will be the first game to use the light on the home button to notify you that you need to train? Lol

I say apparently because I had no idea this was even a thing?

Correct approach to include multiplayer, but the trailer doesn't suggest that it will be as substantial as in Big Brain Academy for Wii. That's a shortcoming.

Much of the decline of the 3DS game had to do with Nintendo giving such titles the token treatment during said generation, combined with the fact that the 3DS and Wii U were offputting consoles to begin with and made such games a very tough sell. Nintendo cared so little a generation ago that the 3DS game got its European release five full years after its Japanese launch and of course the marketing efforts were even more limited than in other regions.

Switch doesn't suffer from the fundemental flaws of the 3DS and Wii U, so there is a basis to bring some IPs back and have them have at least a chance for respectable sales. With fitness and brain returning this year, it's puzzling that sports is still nowhere to be seen.

Yeah, a Switch Sports Resort title or something along these lines could be a major title with >10M sold copies and would drive sales of titles like this Brain Age thing, RingFit Adventures, Go Vacation, Hyper Sports R or Just Dance.

Hmm, as you mention the stylus: Switch could do with an Art Academy title.