To be fair, activity here is very dependant on the amount of news the gaming industry offers, and right now, everything is very still waiting for the next generation of consoles. 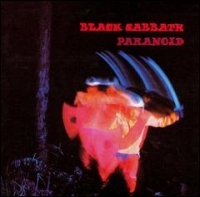 I don't think that's quite right. The problem is you click on the most recent chart links it shows you 2018 still.

We don't have much to discuss (seriously) without the chartz.. here on VGChartz. It's like what's the point.

Not trying to flame here or anything but, we experienced this last time when they added the new regions and we went for almost a year or whatever without
the charts updating, a lot of long time users left and didn't come back.

There's a plethora of reasons why the site is getting stale and old but I would probably be banned for telling it like it is. I guess that's part of it though. This site is too heavy on the enforcing. I know if I was new and saw what you can and can't say on VGC I wouldn't wanna sign up either. I'd imagine a lot of current users feel the same way which explains the dip. Just my opinion of course.

this...too much banning for little things you said especially for new users. made a new account after lurking for years cause i got banned and not bother to make another account anymore cause of a very sensitive banning team...hey i might get banned again. then cycle will continue

What the site lacks, are news, and that's outside of their control.

Things should get better when the next gen consoles from Sony and Microsoft are officially announced, but until then, there's just not too much that we can do...

It is the circle of life,

Social media has rewired brains to have shorter attention space. Most people just want all their info in one place Quickly scroll and be like yer cool whatever move on.

This place is pretty active compared to other forums who have died off..

Also when this place started we were all much younger and had more time. Now we all older. The younger gen don't care much for forums.

A lot of members have left, but I assume that there have always been members leaving. The difference now is that we aren't getting any new users.

You talk about the technical changes TalonMan brings, this is cool for existing users but seldomly the reason for new users to join. The main draw in point for VGC always were the numbers. Now that is severely crippled by letting the software numbers out and only show hardware numbers. So the site needs another strong point. It can just simply be a gaming forum, but there are others out there, to stand out is a thing of the community. But there are some additional things here: Game database and Prediction League. Both are somewhat unique. Other than that it boils down to attractive threads. I personally think the 50 greatest game thread at years end is very attractive.

As this is a sales site, sales discussions are the most natural thing. But unfortunately receiving actual numbers is very difficult. As for me, I never participated all too much in sales discussions myself but I still like to read them nontheless, and a lot of people enjoy talking about sales figures. I believe this is the main appeal of this site.

I noticed that in recent times the community got rid of a whole lot of problematic users who had been very loud / aggressive / controverse. I think I don't need to call names. By banning these people the site got much more peaceful, yes, but at the same time it got ... kind of boring. These people and the discussions they fuel may be hard to digest for some but they had been quite entertaining, honestly. I know we are all much smarter and more sophisticated to fall back to the good ol' fanboy wars but these good ol' fanboy wars are highly enjoyable to witness. If I had to pin it down to why this site became lame I would argue that getting rid of 'problematic' users might have a significant influence. I would argue that some level of controversy is beneficial because it fuels activity, no matter if one side might be obviously wrong or right or if the discussion per se is nonsensical to begin with. Instead, I notice some sort of oversensitivity among the mod team as well as among the user base. Saying something slightly offensive might result in a warning or a ban quite fast, and I understand the reasons for this reaction very well because the mod team will have a desire to protect every user and therefore wouldn't want anybody to feel offended.

Now if I remember correctly it even was the user base itself who desired the mods to become stricter and hand out moderations more often, although I might be very wrong on this. Please correct me f I'm wrong. So if the mods are too strict they harm free speech and activity, but if they are too soft some users might don't like the aggressive, hostile environment. Either way, the mods are always wrong no matter what they do. I understand that their task is pretty unforgiving and so I wish them lots of strength and patience for continuing their job.

It's really a tough call but in the end I would advocate for more freedom of speech, even though it might be controverse or offensive in some cases.

No. Let them leave. I've been waiting 12 years to finally have this place all to myself so I can jerk off.