To quote Khabib Nurmagomedov: "This is number one bullshit".

I understand that many games are not profitable even at the $60 price tag, but there's ways to make DLC enticing and desirable, price point and amount of content being the most important factors. Look at Fast Racing Neo, for only $5 you can get 8 new tracks, 10 new vehicles, and 18 music tracks. That's DLC done RIGHT, even more impressive, the developers are a small team delivering a high quality and polished game. These large studios are just greedy and ready to milk their fan bases (ahem Tales Of DLC).

That's gonna be a major blow to my brand loyalty...if it's true.

You mean to say disc.  But it's not a shady practice at all.  If a company decides you are going to pay for a particular DLC, you're going to pay for it.  Since that much is known about the content, then the question becomes how to get it to the player.  If they do not have the DLC files locally, they cannot see the DLC.  If I had DLC costumes, I want the person I'm playing against to also see me using it, and not the default.  Since everyone then needs the files, that means they have to be installed on the Hard Disk or be printed directly on the bluray disc.

Most people never complain about having to download DLC to their hard drive, yet that exact same data that is needed becomes a problem when it's on the disc?  That means less data is on the server, less data needs to be downloaded, and it can be made cheaper since it's not taking up as much space on the server.  It means when you're done playing the game, you don't have the entire DLC on your HDD.

If you are not licensed to use the content, you're not licensed to use it.  Regardless of rather or not it's on the disc, that's not how the law works.  Otherwise everyone would buy the physical disc game to get the dlc for free, which wouldn't be fair to anyone who downloaded the game.  Same exact data, just stored in a different spot.

As an end user, think about it-- it makes no difference where it's stored.

That's not the only thing I can complain about, it's the only thing I chose to mention.  The game has game breaking bugs.  You can fight outside of stage boundaries.  There is no excuse for that.  Bugs happen, but if the game wasn't rushed, that would have been discovered.  Like Yoshimitsu's glitch in Soul Calibur VI.

And yes, the company can charge whatever they want for the DLC. Just like I can call them out for bad consumer business practices, charging more for 60 costumes and 2 characters, than the entire game is worth.  If other companies try this, it's bad.  It's a season pass, mind you.  In 3 months, it's going to be another 93 dollar season pass.

Look at lootboxes, EA, and star wars.  Battlefront 2 is dead.  There will be no battlefront 3.  Yeah, we voted with our wallets.  Now a game is dead.

So, guys, vote with your wallets.  As if that wasn't what we were going to already do anyway.  Not only am I not buying the DLC, I'm skipping the entire game because of how incompetent this company has been for consumer relations.  And with an acronym like "D.O.A., it can't afford to have something like this happen to it.  This is going to kill the series.  But, at least we voted with our wallets. 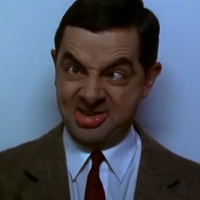 OMG! You're saying the exact same bull that I quoted in my first answer. This is hilarious. Especially from a developper.

Seriously, we buy a game 60 bucks. Anything, I mean ANYTHING, they add after the release should be free. That is a fact. Same as online. Up to anybody to be a sheep but when I see ppl saying that 30 bucks for a season pass is correct, I truly can't blame the ones saying that the community of gamers is the dumbest one in the world.

Now, a complete game, dlc included is around 100$ at least and ppl are happy with it. Even the ones who don't get everything paid by their viewers. Don't anybody say again that life is too expensive these days. And don't insult us by denying that devs think about dlc way before release. Some announce them almost one year before the release, so...

No joke, if your answer was supposed to make us think that a 90 bucks season pass is not the shameless thing ever, think again.

Hell NO!!  From your comment you have no clue what it takes to create software and especially games.  You pay for the main product and that's it.  If the main product is not worth the price for your money then do not purchase it.  You are not entitled to any extra content produced for a product as I stated before because that content wasn't made for free.  Any extra content has a team that has to make it and they make a salary, benefits etc.  The cost per head for developers is not cheap.  If they are not working and producing revenue for the company they are cut, just that simple.  Not every game recoup the cost of development just on main game sales alone.  The fact you can get around purchasing the game new even discounted affects the bottomline.

It really doesn't matter if devs think about DLC before hand.  Actually its smart business for them to think about all aspect of the development process including what they can do once they finish the main game.  Do you think Devs just start coding for a project out of nowhere.  A complete solution design has to be fleshed out before starting a project.  The companies that do not do this probably are the ones that get into feature creep which can kill a project.

As for price for the extra content, thats different.  Its the responsibility for the company to price their extra content right so they get the max amount of sales without deterring the customer from purchasing it.  A company can charge whatever they want for their extra content.  I as a consumer has the right to dismiss it or purchase it.  I rarely waste my time complaining and just vote with my wallet.  What I have noticed in the industry most of the early prices are for the person who pays anything when the DLC release.  After a few months the prices are reduced big time.

Its not bad consumer practice to charge whatever you want.  Instead its just bad business to overprice your product.  The thing is, what you feel is overpriced someone else thinks it acceptable.  The key would be if your opinion is shared with enough consumers to make a difference.

As you state Battlefront 2 is a prime example.  Wrong decisions has consequences but I doubt that another installment of the game will not happen because of lootboxes.  If anything the company just goes back and think of another revenue goal to see if that can work.

As for purchasing the game, i will do as I always do.  When I believe the main game is at a point I like, it will get my money.  I really do not care how much they charge for DLC when the game release because I am never in a hurry to purchase any game.  Usually by the time I am ready, everything will be reduced to a price Point  I consider worth my money.

imho, i think they know this series doesnt sell big numbers so might as well get as much from the people who do. buy it

The problem is that gamers born pre-2000 know that a lot of the things sold and celebrated as "extras" today are things that were part of the actual games years ago.  Unlockable/hidden characters, alternate costumes, etc.  Those were all in game to be unlocked as a reward for playing.  Today, these things are carved out and sold back to the consumer at additional cost.

Meanwhile Smash gives us 72 characters out of the box, putting developers like this to shame. Save for a few, fighting games are becoming/have become worse than the FPS map packs and paid skins.

I believe the reason issue if we are discussing this game is how you price your extra content, not that extra content should be free.  Most developers probably do not have a say so much in this process but the publisher instead.  Even then, if they really want to maximize purchases, doing incentives that promote customers to purchase the content is always a good move.  Something along the lines like if you bought 3 DLC for our games you get the next one free, stuff along those lines.  I guess it would be easier if these companies had their own store to do those things but not sure if PSN and XBL allows such models.