Diminishing and ignoring a problem for the profit of another one is not a solution to solve this crisis.

Where's the problem?
It's purely cosmetic, on top of what is already in the game and not overpriced.
I've never bought any cosemtic stuff ever, but there are many that do.

It's also the only way for companies to make a decent amount of money nowadays as video games are far too cheap. They are still $60 when they should be closer to $75.
So you should rather thank anyone who is buying stuff like this, as this keeps the costs down for all of us.

But that's false informations from those same companies. 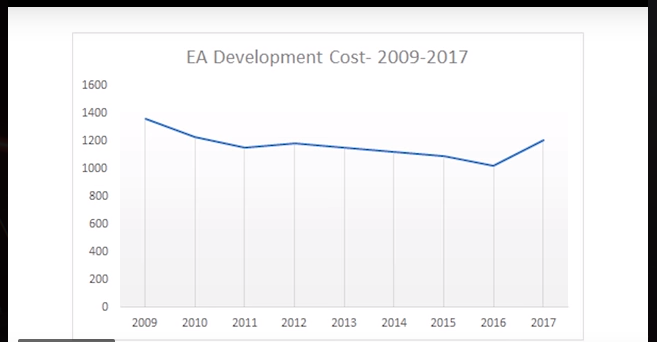 Companies make less games => Spend less money on games => And make a ton more profit.  EA is just one of the examples but most companies try to do the same.

I don't know who it was but it was EA or activision who were trying to come up with a new idea:   People who buy more DLC/extra's/costumes will be lined up online against weaker players, while people who buy nothing will play against stronger players and hopefully feel the need to buy something.

Well obviously they have to change their business models when they make less and less money for every single game sale.
That includes reusing the same engine for every game or focussing on cheaper mobile games.

Doesn't change the fact that 1m games sold in 2018 is worth far less than 1m in 2008.
If game prices were $75 instead of $60 maybe EA and Activision would release more games again and didn't have to rely on adding microtransactions into every game.

Tackling the bigger problem first is more effective, though. That's why you don't clean up the bathroom tiles in a murder scene before you removed all the corpses.

Lootboxes are the cancer that grew from micro transactions, let's cut that shit out first before we deal with the rest.

They earn more than 130$ from every fifa game sold while at the same time the dev cost of those games have been decreasing. 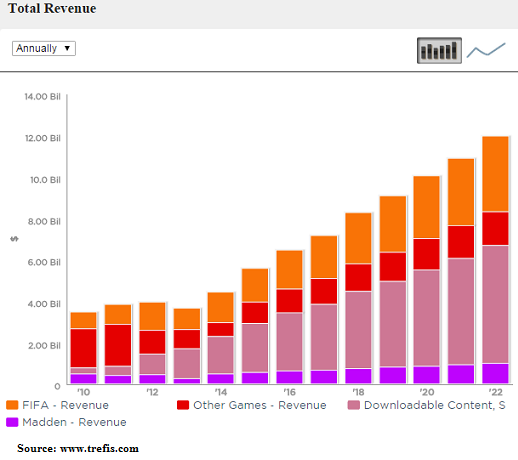 This is the crux of such situations for me.  If a company takes something away and then begins to charge for it to be added back into the game, that is clearly something to complain about.  However, if a company creates something outside the game and then charges for it to be added into the game, then I have no issue, as long as it does not give those who purchase it a distinct advantage.  Can I play the game just fine without this new thing?  By all means, then, offer this to those that want it and are willing to pay for it.

For me to say, "no, I don't want other customers to have this thing and I don't want this company to make money off of it, even though it has no effect on me whatsoever," is pure selfishness and entitlement to a ridiculous degree.

But you just proved that they have changed their business model. That's what I've been saying. They had to do it because the money they were getting was worth less. Looking at the chart, it seems to have started slowly somewhere between 2011 and 2012. At least for EA. Also from when is that chart? It also shows projected revenue for future years. Hard to make out what data is real and what is just projected.

Selling 10m FIFA games in 2018 is not the same as selling 10m in 2008. The money is worth less in 2018. The reason they make more money per FIFA game IN THE END is because the average FIFA player is paying more for microtransactions. Exactly the reason why they had to introduce them. If it wasn't for them they would get the same amount of money, just that it's worth far less. They could've skipped introducing microtransactions (or stopped pushing them so aggressively) if game prices were $75 today or $70 a few years ago. That way they would've made the same amount of money for every game sale as back in the days.

Kids who AREN'T EVEN OLD ENOUGH TO PLAY A GAME WITH A FUCKING M RATING BUT THEIR PARENTS ARE SO FUCKING STUPID!!