Forums - Politics Discussion - Do you think Trump will be elected a second term?

North Korea is talking with us.

Stock Market at all time high.

He is supporting our military.

He is pushing for space.

It truly is a great time to be an American despite some hard things to swallow from him. Unless the haters come out in force, which they usually fail to do...why he was elected in the first place, I think he will get a second term.

Despite your false information I fully trust the Americans to do the right thing. Remember they even elected Bush a second time, so everything is possible with a failed education system.

No. I don't think he will be eligible for a second term.

It's undeniable that he is a petty, lying, narcissistic ass of a human being. That being said, I don't much care. Those things aren't that important on their own.

Right now, things are going reasonably well. There are an entire host of issues that I disagree with Trump about but, quite honestly, I don't think he'll be able to get a lot of that past Congress. I'd probably give Trump about the same grade as Obama, given how little both of them actually accomplished. It's kind of funny, but a 'C' or a 'D' is about all we can expect.

Granted, there is certainly luck involved. As with Bill Clinton, Ronald Reagan, and others, factors the President doesn't control can make them look great. Trump isn't responsible for most of the economic improvements but that's just how public perception works.

Yeah, I think he'll get another term.

However, if his second term is as lackluster in ownable accomplishments as his first, I can't see his tenure being remembered particularly well. A lot of his 'promises' have not happened and he has done nothing to fix health care in the US. We also still have to see how his budget logic plays out, which can be a huge factor.

I think he will. Democrats have shit for candidates and they can't get their act together. While we're divided by somewhat decent candidates with differing values, Trump has everybody by the balls to support him, and Republicans have lost all sense of dignity and morale because they know opposing Trump could be disastrous for their position. Bernie Sanders or Joe Biden would walk all over Trump but we don't know that Biden is coming back, and Bernie...he would win but we'd have to elect him as the Democratic candidate for the 2020 election.

Hopefully we also have an election not plagued by Russian influence, that would help. It's not even about Democrat or Republican for me, it's about just being a decent person. I'd take a decent republican any day over somebody like Trump or a cheater like the DNC's favored Hillary. But seeing these rallies Trump is doing and all these brainwashed people showing up, it doesn't look good for 2020.

And keep in mind, we won't really see the effect Trump has on Jobs until really after he leaves office or his second term. Job growth was off the tailwind of Obama's work. Of course he's supporting the military...but at what cost? Our health care of course. We spend more on military than many of the wealthiest countries combined, I don't really consider that a positive. Pushing for Space War? Do we really need that? That's billions more that we'll have to "find" A.K.A. taking from Americans to fund a silly program.

Stocks are high and low no matter what the candidate, and he's caused the stock market to take quite a dive at time.

Soon his tariffs will rear their ugly heads and we'll see the result of that, things are going to get a lot more expensive, especially tech. This is not a great time to be an American whatsoever. The poor continue to get poor, and the rich continue to get richer. Huge tax cuts on billionaires and what happens is we end up paying for it one way or another. Whether it be taking budget cuts on health care, senior citizen care, welfare, and eventually SS.

Theoretically tax cuts on big corporations and billionaires is supposed to trickle down and allow for more employment opportunities but that rarely is the case. Those cuts are used for bonuses and to top off their pockets. American Greed is real and advocating for billions in tax cuts, not on those who need it, embodies it.

But...yes, if Democrats don't straighten up or the Republican party doesn't decide to grow some balls and put forth a decent candidate, this clown will be the next president. But thank God it's only for 4 more years. If we don't die by 2025 I'll consider his presidency a success. 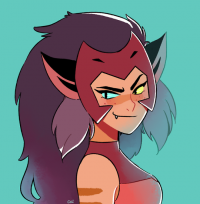 I'm a cynic. I don't trust people much.

Most American presidents do get re-elected and Trump is currently polling as well as Obama was at this same point in his tenure. He can definitely get re-elected and probably will. I think people are basically evil. Plus with a certain foreign government, plus the Electoral College system, on his side, it's not like he has to win legitimately or something. It's not like he even has to get the most votes.

Unless Democrats can finally accept the fact that there is no grounds to impeach him and stop this almost 2 year long temper-tantrum they are currently experiencing he will win in 2020.

Absolutely certainly. The way the dems are trying to handle the upcoming election is identical to how they already lost in 2016, and now that Trump is actually in office he's been doing some good things. Unless the dems suddenly decide to actually talk about what their value is instead of trying to diminish Trump's value, he's without a doubt getting a second term.

If he does there's something really rotten in Denmark..

This man and pretty much all his family should be in prison.

And it will have almost nothing to do with who wins or loses the election.