It's known as "Alien: The 8th Passenger" in international markets.

Well yeah sure, but the movie wasn't made in international markets, was it? Anyways, I didn't know that, I knew it was called that in Brazil but I assumed it was just a Brazilian thing (they love to change names of movies around here). I still always prefer to call movies by their original name.

According to IMDB it's a US/UK production so technically it was made in international markets. But even if it was a purely US production how would that make a title more original than another? In my opinion one title everywhere should be the norm as different titles will only cause confusion but ultimately the international titles as far as I know are decided by the original production. It's not others that decide to call a movie with a different title as only the makers who own the movie can decide the titles so even a different title is still an original title.

But like I said, I'd rather there would be one title only, different titles only bring confusion in my opinion. A typical example is Disney's Zootopia, overe here it's called Zootopolis which I hate. Also Moana is known here as Vaiana.

But in the case of Alien: The 8th Passenger I believe the international title conveys more efficiently what the movie is all about more than the simple Alien title. When you read that there is an 8th passenger you immediately realize the movie will center around this mysterious 8th passenger, the Alien creature. 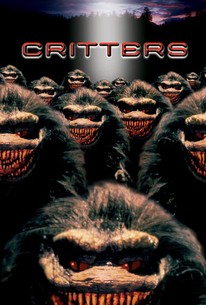 Youll never be as afraid as when you where young. Even if now it looks fake as hell. I think this was one of the first scary movies my parents allowed me to watch cuz it had comedy as well. Non the less i could not sleep alone for like a week. I think i was like 7 or 8.

What's actually scary is how the movie made over $2 billion despite just being FernGully with bestiality and robot suits.

Since I wasn't allowed to watch horror movies as a kid I'm not that good at finding any that actually scare me, but Friday the 13th comes close.

The new one, or the old one?

Those are all very scary and rank among my top horror choices.