There will always be a market leader. Nintendo has been the market leader on 3 occasions and has never lost the market lead in the portable market. Why should they fold when there considered the most successful in this buisness.

If you can't afford it than move on. Nothing wrong with having them around.

Now you feel the pain of seeing hot topics full of nx/switch rumor threads, I personally find it hilarious :^)

This thread magically made me disinterested in Yakuza 0. Funny how these things happen.

It's good to have stuff like 3DS and Switch that service other needs. It is good having diverse consoles that can appeal to different people. This is what the gaming market as a whole used to be. And getting Mario on my Xbox isn't really worth losing the Nintendo hardware DNA in my opinion.

Yeah, I was kind of disappointed by the event. As far as presentations go, I felt it was very poorly run. But as much as I think 1, 2, Switch is a very stupid idea, I am really looking forward to what the Switch is going to bring to the table. The Switch feels practically tailor made for me: I travel a lot, I game on portables a lot, but I also like being able to play games on the TV, on a couch, when I'm at home. The Switch services my needs perfectly. It will never be market leader, but I think I am not the only gamer who is attracted to such a concept.

Nintendo is in a better financial position than Sony.  They are the most financially responsible company in the industry. The fact that you are making this argument and making this thread in general shows your ignorance on the subject. Nintendo's business model and Nintendo's philosophy don't jive with becoming a third party developer.

I think the success of the Switch will decide for them. If Nintendo can remain in the hardware business with moderate success then there's no reason for them to go 3rd party other than to benefit PS4 and XB1 owners.

I believe the Switch is a step in the wrong direction though, and I wouldn't be surprised if in a few years time going 3rd party seems like the better option. Whether they will though is another question, a Nintendo without hardware is more likely to fade into irrelevancy.

Well exactly, what is the real point of all the shovelware they end up producing, which isn't really big seller even for them?
That is just a waste resources.  They can make great games, and they could sell so much of those it would counter the loss of shovel ware.
And with the saved resources they can put it towards developing actually great games, both new and old IP, both in-house and partnerships.

Exactly, I don't know why people constantly reduce everything to "AAA games".  Plenty of non-AAA games sell on HD twins and PC.
Somebody who would buy Nintendo niche stuff on exclusive console would still be interested in that genre on another platform.
It is not the AAA stuff that Nintendo is worried about AT ALL, if anything it is that more non-AAA niche competition can exist when pie is bigger.
The "AAA!  Boo hoo!" cry is a distraction from the true reality, designed to frame issue in most comfortable way possible when AAA is not issue.

Uh... SO FUCKING WHAT?  Those people are potential Nintendo customers, right?

You are conflating issues of 3rd party devs working with PUBLISHER with the situation of independent self-publisher like Nintendo could be.
You throw out the crap of "they would have to adapt game to hardware" (as if Wii U/ Switch games can't be directly ported to HD twins),
yet just a few sentences later are totally down with them putting individual titles on HD twins... Get real!

In all reality, even as a 3rd party dev, Nintendo will still be free to innovate with controllers, that simply plug into Sony/MS consoles.

I think they should, and the will, but I'm not sure if within this generation or the next.  Maybe I'm wrong and will be totally surprised, but I think Switch will do badly, and if Nintendo put both their console and handheld eggs in the Switch basket that's really bad news. 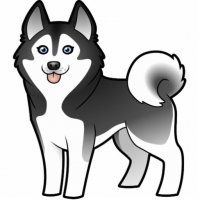 I don't think Nintendo can make successful hardware anymore. They could have learned from the Wii and Wii U, but they didn't. More motion controls, more gimmicks that lead nowhere, terrible default controllers, under powered, overpriced, still unable to do online right.......

This is silly because not every game on HD twins/PC is AAA realistic graphics.
Plenty of "big" games like Sea of Thieves, Rime, of course Sonic etc with similar graphics to Nintendo...
And the loads of ambitious indies which are based on old school gaming and simpler graphics.

Oh come on... On HD twins we see all sorts of innovative neo-retro games, we see Sea of Thieves, Rime, Last Guardian.
There is a hell of alot of shovel ware crap on Nintendo now, but there is no reason to think it will increase as 3rd party.
I mean, people are arguing against 3rd party move exactly citing that only Nintendo's good stuff would sell / shovelware can't compete.

Come on.  If they are depending on hardware revenue they are doing it wrong, because that increases barrier to more customers.
Money is money.  What difference does it make if they swap hardware profits for profits from selling big hits to 3x customer base?
Nintendo is sitting on cash, they don't have problem financing game development.
Plenty of console/PC devs manage crazy idea games and long development times for deep games all the time.

Why can't Nintendo just release their own standard phone-tablet controller attachments?
They will set the standard because of their popularity, and reach a much larger audience.
I'm sure Apple/Google would be accomodating to officially "bless" their standard,
given their currently isn't any, and if a big historic dev wanted to kick-start that niche, why not?

Likewise, if they want to innovate on console controller, nothing stops them from releasing unique controller on HD twins.