My bad i missed typed edited, although i'm gonna say no. Nintendo won't make their games too serious for multiplat, it will get worse... You will ended up an expensive price, say 16 bucks per small game and will be 100% digital only.

Wouldn't any company sell more games if they were multiplat?

I don't think so they have their own engines for their hardware,i think Switch will be Supporting games build on UE4.

Well it's all speculation,but the fact of the matter is they aren't gonna make any games for anything else for a foreseeable future and it depends very little if the switch fails,and i wouldn't want it any other way as long as the competition is healthy everything is good.

Pretty sure Big companies have back up plans when shit hits the fan if it came to shutting down but who knows. 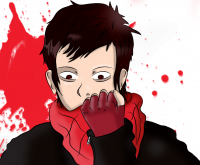 Oh yeah let's keep the two other unpersonnal and super similar that'll be so boring. And Nintendo would pull a Sega and make disappointing games instead of hardwares that disappoint non-fans.
Might as well go PC then, and forget Sony and Microsoft.
PC+Nintendo console is the way, superior games on PC, originality on Nintendo.

Wanting less competition is plain stupid, it's what pushes the others to work hard and not just feel like they're the only ones so whatever crap they pull out, people will have it.

So you agree Nintendo shouldn't go third party, because a lot of their smaller games, that do make up their charm, wouldn't necessarily do better, and since they wouldn't do better a lot of the smaller sections of nintendo would be shut down like what has been happening recently with the rest of the publishers! PICK A SIDE KAPI!

So does marketing a "powerhouse" that can't compare to a PC and certainly can't do real 4k.

There is no point in going for so much power on a console in so little time.

They only accelerated the idea of obsolete, by that, I mean they won't be able to go on like this.

That is part of why VR comes up.

Ok, that's a good point. But then I can say it makes no sense for Nintendo either. They are the market leader for handhelds.

No. But, can we all agree that every "console fan" wishes other console makers go third party? Yes.

Honestly I am on your side as well (If you were actually on discord, I gave you a response), but it would really kill the charm filled games honestly I can see games like Fire Emblem never being made for dedicated gaming devices ever if it happened. People have to understand Vita's void in Japan is about to happen as well, and the PS4 isn't going to fill that, mobile is, and if switch is lucky it might help.