What do you think, how much will the Switch sell? Life time and first year (2017 so technically first 9 month).

I actually have a hard time answering this myself, as there are a lot of variables. I go with 50M lifetime and 7M in 2017.

What is your prediction?

Too early to tell, I want to know more about connectivity, media functionality and support first. First instinct is that it won't sell great though. For now, if it sells more than half of 3DS + Wii U (so 40-45 million lifetime), that should be considered a success in this market with a console edging into smart device territory.
The good news is that it can't possibly perform worse than the Wii U, but with the dedicated handheld having taken a pounding in the 8th gen, the total pool of potential customers could be smaller than many seem to expect.

I would categorize OP's 50 million lifetime as fairly realistic though, if slightly on the high side. 7 million first year also sounds like a decent guess, 7-8 million would be a good debut year, all things considered.

Edit; I notice that there's still confusion around whether or not this is a successor to both the 3DS and Wii U or only the Wii U, is that what a well communicated and marketed/presented console looks like? If we're confused like this, imagine consumers who are a lot more stupid than us on gaming. It also goes without saying that should this turn out to only the Wii U's successor, my estimates would be quite a bit lower, there's simply no reason to think that this (fairly ill conceived) contrapment will become another phenomenon.

Nooooo idea. 50m is a good guess, though!

I'm guessing just shy of 33 million at most, with the reasoning of remodel happening in the middle to make it better handheld. If not 25 million.

(Note to past self, boy were you wrong and super pessimistic.)

50-55 million life time or so is my guess based on what we know now assuming the impact of mobile doesn't continue to hurt portable sales.

My guess is that it'll have a solid launch but then have a lull as it struggles at $300 before rebounding out a better holiday season.

It will find its legs in 2018 once Nintendo redesigns it (14nm or 10nm die shrink for thinner/more power efficient model) and can cut the price down to $199.99. 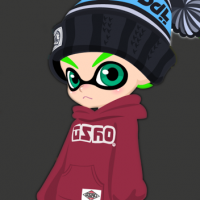 Definitely too early to give a precise estimation, but if it has games like Mario, Zelda, Pokémon, Animal Crossing, Xenoblade, Fire Emblem, Monster Hunter, Smash Brothers, Splatoon and maybe even get a Metroid game down the line and some other great franchises, I see no reason why it couldn't potentially reach 3DS sales so maybe anywhere between 50m to 70m I think.

If it's simply a Nintendo home console which allows you to play games on the go: ~15mil
If it's an actual hybrid and also gets games aimed at the handheld market such as the Pokémon games, and those games are at one point only available on the Switch and no longer the 3DS: 45mil-50mil