Forums - Sony Discussion - Why I'm Not Excited for Gran Turismo 7

Missed you too, you-you SOB. lol

Karts made there appearance in GT Sport as well, great fun online 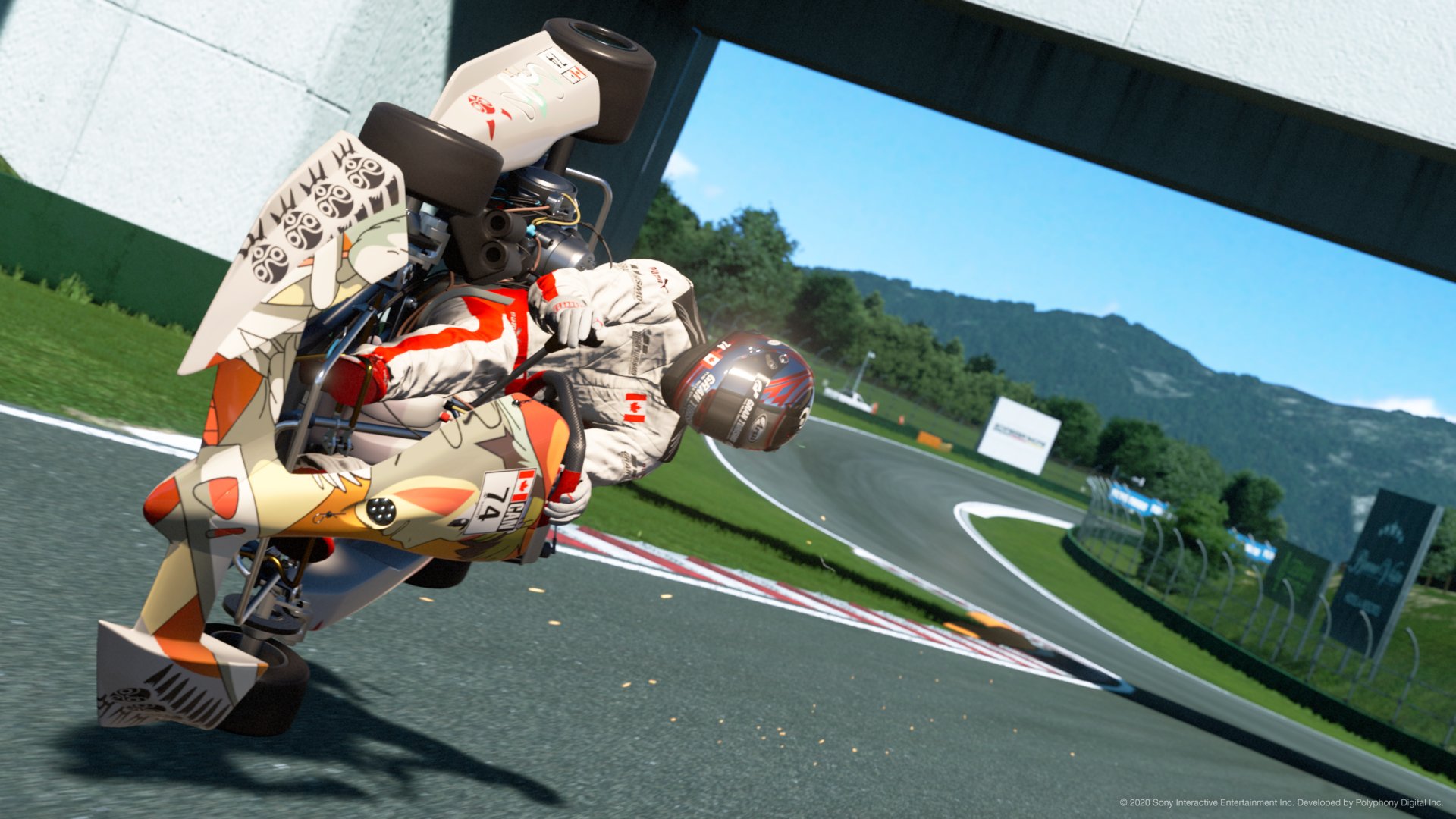 I was more impressed that the crowds were actual 3d and not paper like. That too me was a big improvement lol. Even trees look like trees

The RPG-like SP of GT is a core feature of the experience, and probably one of the most requested features from the GT community. The SP content of Gt Sport isn't really the same thing.

As for photo mode, it's the realism factor of the cars. It's a car enthusiast feature, which much of the GT community happens to be.

But yes, there's no real evolution of the SP component and photo mode has a specific audience. But both appeal to the audience looking to buy the game.

GT Sport originally looked like a PS3 game, and only improved on the way to it's release. GT7 will undoubtedly look better before it's release in March.

This is a confusing point. The architectural differences between the PS4 and PS5 are fairly minimized compared to the PS3 and PS4. GT6 being cross gen would've been a massive undertaking to achieve and get released when it did. And Sony already had another racer which was supposed to release in the same time period, DriveClub. So not only would a cross-gen release have taken up more time and resources to do, it would've had to compete with a PS4 exclusive racer as well.

GT7 obviously runs on an enhanced version of the GT Sport engine, so being cross-gen shouldn't be an issue. We also don't know much about the differences between the two at this point. I think most ppl agree that the PS5 version will support PSVR2, just like GT SProt supports PSVR. And if PSVR2 is everything we assume it'll be, VR will offer the full GT7 experience.

I enjoyed Gran Turismo 1-3 but then dropped out. It became very repetitive. Graphical improvements, but basically the same cars, the same races, the same tracks and whatnot. Once again, it doesn't seem like much has changed apart from resolution and performance. They said they have been taking the best features from all the previous GT games, so I'll have to see what kinds of things are included. I don't remember which GT it was where you could look at adverts for old, used cars and buy them. There were some really old, rare and shady cars that you could customize and play around with, that was a fun feature on top of all the new and shiny cars.

These special classics were 20 million credits though (and can't be purchased with real money). The reward for grinding to max credits. Or if you got really lucky you could get them in the daily workout spin.

GT5 has the used car dealer shop, GT Sport only had safety car versions you could get with mileage points with different selections over time.

GT Sport actually did have some excellent new original tracks like Dragon Trail: Seaside an Kyoto driving park, as well as new real world additions that never featured in GT before. The main complaint about the track list was not having more of the previous tracks in GT Sport!

GT Sport started fresh, new engine, new assets made for native 4K and HDR (rec.2020, up to 10K nits) so it was already designed for PS5. TVs that can display all that GT Sport has to offer still don't exist. Which at least means that all cars and tracks can easily move over and be displayed at higher lod on ps5. A pro (more tracks/cars at release) and a con (a lot of exact same content). But it allows GT7 to release 'early' for a change.

It will be fun to play the rpg lite campaign again, which was missing in GT Sport. But I hope PD also improves the online sport mode and maybe add dynamic time/weather later, at least for the Nurburgring, Sarthe and Spa. I love doing endurance races with real time weather there. One of the most fun races I did was a multi-class endurance race (lobby organized) at night 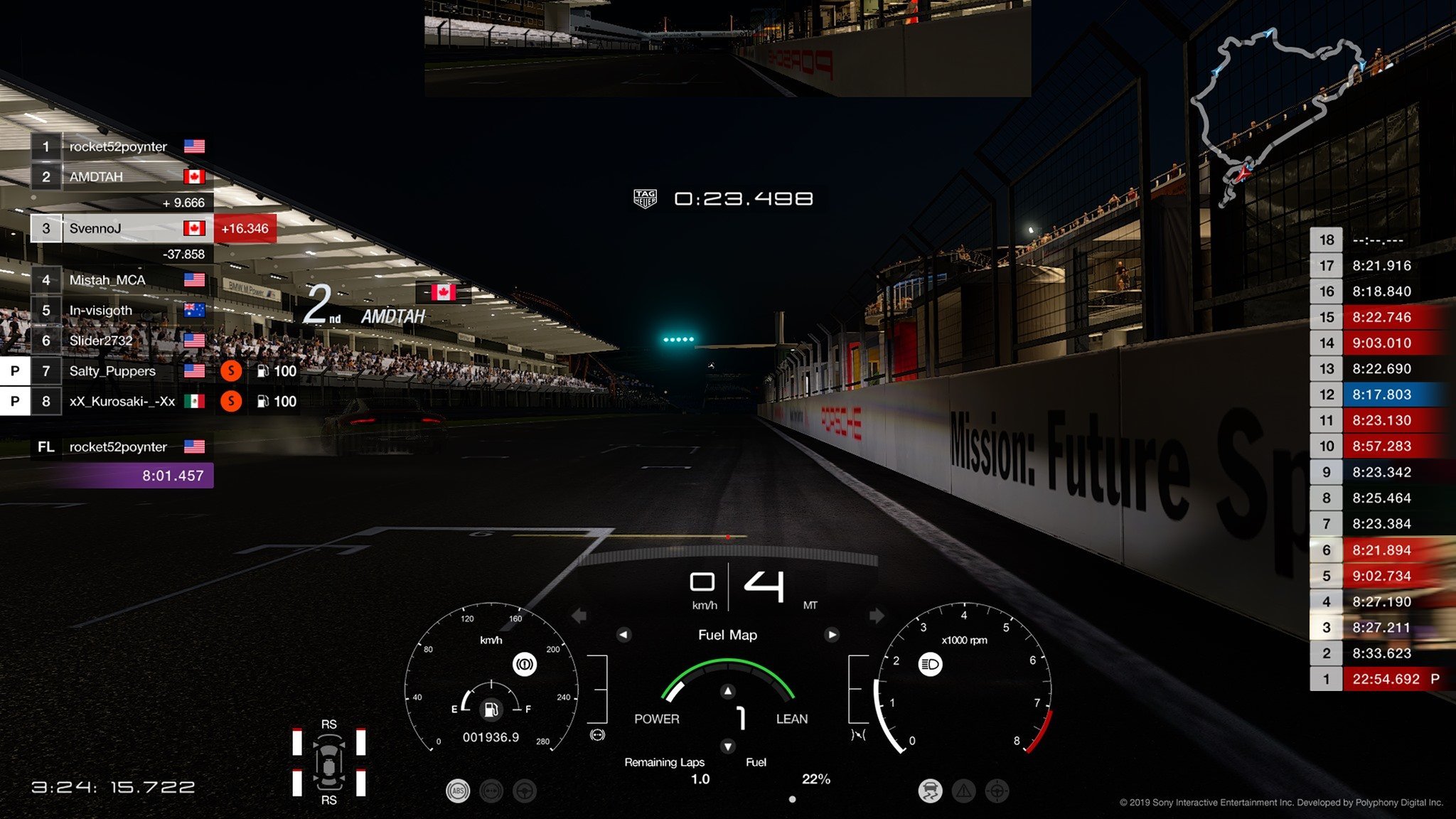 Those 3.5 hours were over in a flash, managing fuel used and tires, planning pit stops ahead, overtaking lower class cars along the way. Doing this with real time and dynamic weather and many more cars on track is my dream race. (Add VR and you'll never see me again lol) Maybe one day. 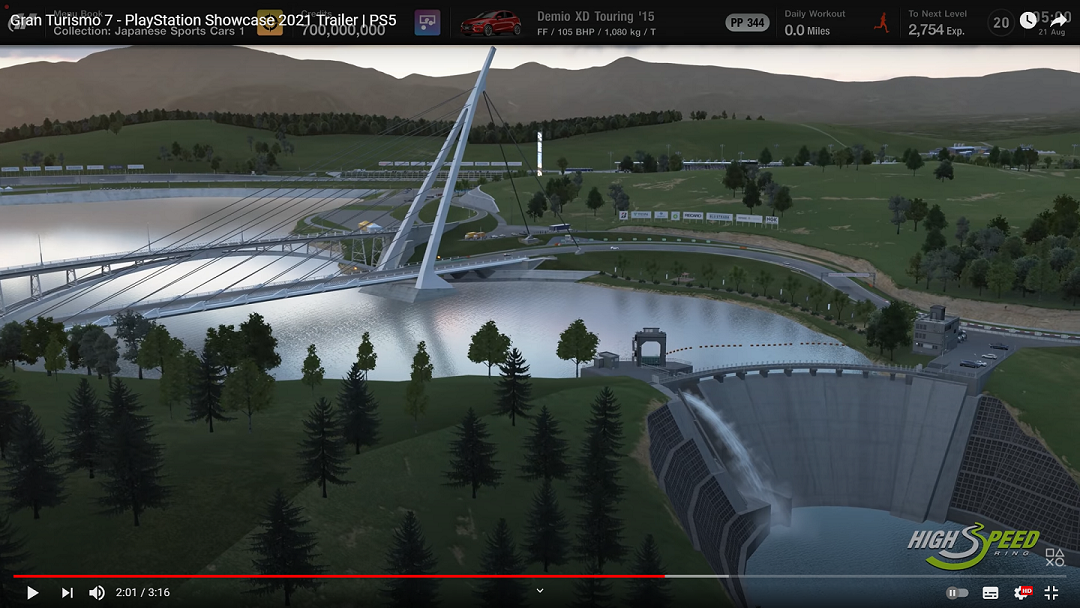 Seriously though, one thing I've always thought Gran Turismo has lacked is detailed environments... like yeah, the cars look outstanding but the environments are still stuck in the early 00's... when I first got my PS3 and played Driveclub I was blown away by the detail in their environments, and even when Gran Turismo Sport came out, Driveclub just looked so much better as a whole, even to this day I believe that... the environments and weather are top notch in Driveclub and Gran Turismo hasn't come close for me... I still love the games, easily my favourite driving simulators and this is the most excited I've been for one since Gran Turismo 3, but yeah... I know it can be done, so why isn't it?!

^ Damn, that looks way worse than anything from GT Sport. It looks like the only thing changed from the PS3 version is the resolution...


And rain was already pretty well visualized, although not dynamic

Too bad PD stopped upgrading more tracks with rain and snow tires were never used in the game.

The same as always *shrugs*

Getting GT7 day one?

I think I might hold it for a while as I wait to get a PS5.

Not sure tho, might get it for PS4 if its good enough there.

I am not excited for either GT7 or FM8. Honestly Sim racers don't do it for me. After playing the Horizon games, i honestly couldn't go back to the Sim games.