This year will be fun to watch.

They fell off a cliff?

They weren't even on the same cliffs to begin with

Last year had only one big system seller all year (albeit a gargantuan one) in Animal Crossing, and no big holiday games. This year now that their operations seems to be returning to normality, we'll have the Pokémon Diamond/Pearl remakes, plus probably another heavy hitter yet to be confirmed, on top of the heavily rumored Pro revision.

It's by no means out of the question of Switch's 2021 to outsell its 2020, both in NPD and globally, provided the second half of the year has a strong lineup, the revisions comes as expected, and supply isn't too constrained.

Gotta keep in mind that Switch's numbers through out May - August were supply constrained last year, sounds like they scaled production for this year and the production targets for the FY are likely to be higher than 30 million that are likely to be produced until the end of March. Despite the lack of a game with the caliber of New Horizon - we have Bowser's Fury, Monster Hunter Rise, Pokemon Snap, Mario Golf, Rune Factory 5, Bravely Default 2, Olive Town, Skyward Sword HD, Miitopia, SMT V, Monster Hunter Stories 2, Samurai Warriors 5, Fall Guys, Apex Legends launching World Wide. Top those off with Japanese specific games like Baseball Spirits, Shin Kun or indies like Silksong and up until July there is enough titles to surpass the impact of New Horizon.

This is just looking at games likely to release before August, there is surely a few titles yet to be revealed for Obon period in Japan - July/August. So New Horizon effect will be negated by the following months with ease.

The big question mark remains September to December - Pro, Pokemon Remakes, a major fall title aligned with the Pro launch(Breath of the Wild 2), Third Party Pro exclusives - last year because of the demand in September & October - Nintendo had an average result in November. This year if we have two major Nintendo/Pokemon games in the fall, coupled with the Pro launch.. well we should be seeing the Switch's peak in terms of both SW & HW performance not just in NA but the World. 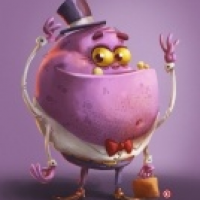 Interesting. thanks for the info

The COVID situation is unprecedented once in a life time event that's thrown all gaming trends for a loop.

You can find like Switch Lite reasonably easily, but any other piece of gaming hardware that isn't the ancient PS4/XB1 is practically constantly sold out.

PS5? Sold out. XBox Series X? Sold out. Switch, generally sold out though not as supply constrained for the base model. XBox Series X has a wishy washy launch lineup, doesn't matter, sold out. Nintendo's gone almost a full calendar year with a fairly mediocre lineup post Animal Crossing (a farmed out Musou game as their big holiday 2020 title, a few Wii U ports, a collection of older Mario games, and one new major release for an entire 12 months -- a Paper Mario game, which is a B-tier franchise). Still no problems selling. Not even just game consoles, the Nvidia 30 series graphics cards that are very expensive are sold out constantly and now there's reports that those shortages will last until well into Q3, lol.

Trying to build a gaming PC with modern parts is a giant headache because the new GPUs especially are constantly sold out. Even the ones that are mega pricey.

We're still living in a world where a lot of people are working from home, not going out, not travelling for holidays, no movie theaters, not many new movies, spectators are still largely not allowed in to sporting events ... entertainment options are still very limited out there for a lot of people, gaming is seeing a continued boost. A TV show can be binged in a couple of days, but video games are a medium where you can invest weeks into a single game to entertain yourself with, it's a medium uniquely positioned to take advantage of a pandemic like this.

The COVID bump was clearly a thing for the PS4 & XBO (I've gone over this in previous threads and will not reiterate the data & analysis here), and I think it's definitely a factor for the PS5 & XBS. Demand for consoles is still elevated. I think that if there were no supply issues, the PS5 & XBS would have total combined sales well ahead of the PS4 & XBO, which had no stock issues, rather than simply barely keeping pace with them. Sony & MS got the least benefit out of the COVID bump because of the generational transition. They shipped enough PS4s & XBOs to meet what they thought was going to be a normal level of demand in 2020, not expecting the sudden surge in demand that began in March. And for whatever https://www.bloomberg.com/news/articles/2020-04-16/sony-is-said-to-plan-limited-playstation-5-output-in-first-year">reason, they haven't been making enough of their newer systems to fully meet demand for those. Nintendo meanwhile was in the middle of a console life cycle rather than in the middle of a transition. Nintendo was much better positioned to weather the aspects of the pandemic that could negatively impact sales potential, and were able to increase production of the Switch. Had the pandemic happened in, say, 2017 instead, we could have potentially seen a record-smashing year for combined PlayStation & Xbox sales, while the Switch, still in its infancy and having moderate supply issues, could have been negatively impacted.

Yeah. They failed to predict a major pandemic would hit and cause demand for consoles to skyrocket.

Literally every professional analyst and commentator agrees that the pandemic was the primary driver of the increased demand for consoles over the past year. The data agrees with them. The only place where that simple fact is controversial is online discussions where there's frequently less partiality on the matter because some people feel they have a horse in the race. As I've said in previous threads, based on known predictions, not a single person, professional or amateur, came anywhere close to getting it right for the Switch in 2020. Had the pandemic not been a thing, the last 12 months would have seen far lower Switch sales.

I get it. Lots of perfectly reasonable and understandable excitement for the Switch. It's a great system with great games. Nintendo fans are happy to see it selling well after the company hit a rough patch post-Wii. But let's not pretend that the last 12 months of sales were normal. They weren't. And when things go back to normal, it stands to reason that demand will soften in the absence of the biggest factor that drove increased demand in the past year. Demand for consoles is abnormally high, fueled by increased demand for at-home entertainment and further boosted by stimulus checks. If demand is being artificially inflated by a temporary external factor, it stands to reason that once said factor goes away the level of demand will not maintain its momentum. I look at the pandemic as a canister of nitrous that gives a temporary one-time speed boost to a race car. But apparently some people think the Switch exists in a vacuum and once you let off the accelerator it will continue coasting forever at the same speed, regardless of what made it go so fast in the first place.

Massive difference, not sure why the ps5 is overhyped, its not even selling that well,not does it have much gamez to play.
I can wait a year or so extra