As someone who loved the 2006 Death Note films by Shusuke Kaneko, I feel highly conflicted on this one. On the one hand, it's nowhere near in the same ballpark, the same league, or even the same sport as those movies. Its much less cerebral and polished.

On the other hand, it is much better than the atrocious American Netflix incarnation or the equally shitty L: Change The World from 2008. Unlike those trainwrecks, it as least feels somewhat true to and respective of the mythos.

Seeing a certain character return, even in a limited capacity, was a treat. The effects are also some of the best I have seen in a Japanese movie. (They don't have the luxury of the massive budgets Hollywood enjoys)

All in all, I'm glad I at least checked it out. Uneven as it was, it was at least interesting.

Top Gun: Maverick: A worthy sequel to an action classic. The soundtrack and romance don't quite compare but pretty much everything else is at least as good as before. Special credit of course goes to the incredible stunt flying and camerawork on display, the caliber of which we've never seen and may never see again. The ending is a bit far fetched but is easily forgiven for how entertaining it is. May see in theaters again.

I just saw Top Gun: Maverick last Friday, movie was excellent. Say what you will about Tom Cruise as a person, he makes some damn good action films (I LOVED him in Tropic Thunder, LOL

)and his penchant as an action guru is on full display here yet again. Pete Mitchell is explored and developed tenfold from the original Top Gun. He's given so much more to do and his relationships are so much more nuanced and interesting while still paying respect to the original. I'm not the biggest Miles Teller fan, but he really shines here as well along with the rest of the new cast, and the action scenes were absolutely amazing. You can tell Tom and the gang poured their heart and soul into delivering top flight action scenes (no pun intended). There's some amazing stunts and they amazingly keep raising the stakes with each new action scene, the third act was simply mindblowing. The movie's 2 hours and 12 minutes, but it feels like an hour and 45 minutes with how well-paced it is, I don't recall ever losing interest.

Oh and for the cherry on top, they showed the Mission: Impossible: Dead Reckoning Part 1 trailer in front of it. It's time for that obligatory meme again: 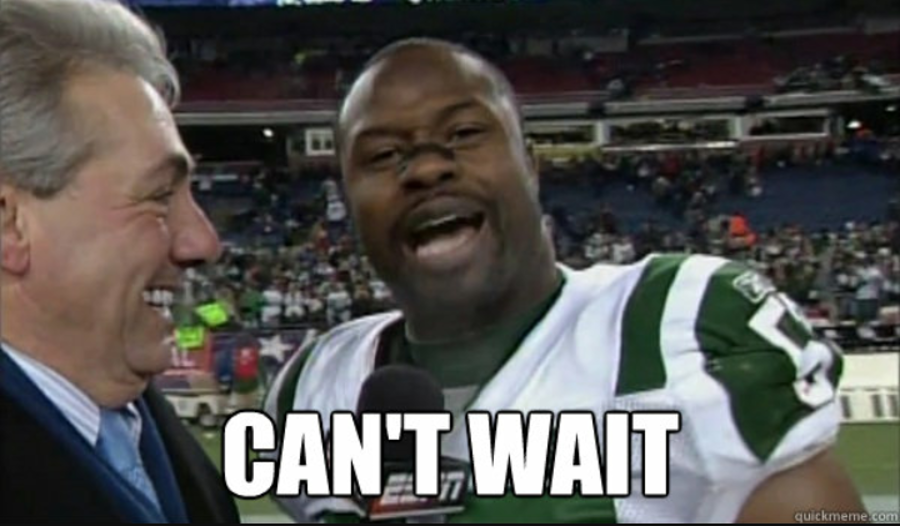 Fallout was amazing as I'm sure this will be, too.

Currently watching The Batman in 4K. Still blown away by it. It might actually take the mantle for best live-action Batman (or best Batman period) for me.

Watched Top Gun: Maverick earlier today and I thought it was awesome!

Bo has released the outtakes for Inside right on his Youtube channel, substantial enough to basically be considered Inside 1.5. #1 on Trending and deservedly so!

https://youtu.be/5XWEVoI40sE (won't let me embed this one)

Finally saw it; wasn't disappointed. The atmosphere, world-building, action, music, and performances are excellent. I'm incredibly burned out on superheroes at this point but I still managed to enjoy it which says a lot.

Just finished Devs. Amazing series and an interesting approach to sci-fi. Most people have never even heard of it. I definitely recommend it

Morbius. Terrible film. That is all.... But seriously one of the worst Superhero/villan movies I've seen in a good while. Bad acting, plot and premise. Not even entertaining for an origins story. Damn does this suck (pun intended) 3/10

Stranger Things Season 4. Really good. Plot is a little thin in this one and cast is looking a lot older (and a bit awkward in that sense) though the magic is still there. There are scenes in there that go even more into the realms that goes way past suspension of disbelief; though turning off ones brain every once in a while watching, its entertaining and then some. This is also way more graphic and does have more horror elements to it. Decent 8.5/10

Under the Banner of Heaven: Solid performances all around by both cast and crew. Better work out of Sam Worthington than I've seen in ages. I didn't realize just how much the show would revolve around Mormonism, both exploring and criticizing. I'm sure there are nice Mormons out there, but this miniseries does not paint a pretty picture and makes me gladder I'm no longer religious. Over all a decent murder mystery that can get plenty tense without a single shot fired.