Okay so, here is the situation:
- the PS4 is dead for over a year now
- the 3DS is dead for ages
- the PS5 still struggles to become relevant
- the Xbox Series is already dead on arrival

I guess the Switch is basically the console market in Japan for the 3-4 years to come.

Question: I calculate that MonHun Rise will hit week 13, is that right? I wonder how it will stack up in Switch hardware sales against last years release of AC in week 12.

EDIT: And BTW, when is golden week this year?

Yeah poor Rick was holding the chart upside down.

The most interesting thing is that Lite sales are down YTD.

As for the PS5, it's on pace to have its LTD sales match the PS4's launch week numbers sometime during February. All those extra weeks of availability, including a holiday season, amounted to nothing in comparison to a delayed launch, except that Sony could drive home the point sooner that they really don't care about the Japanese market anymore.

Switch is having a good start to the year

PS5 is what interests me as it has just released (week 10), it's sad to see it bomb this hard this early 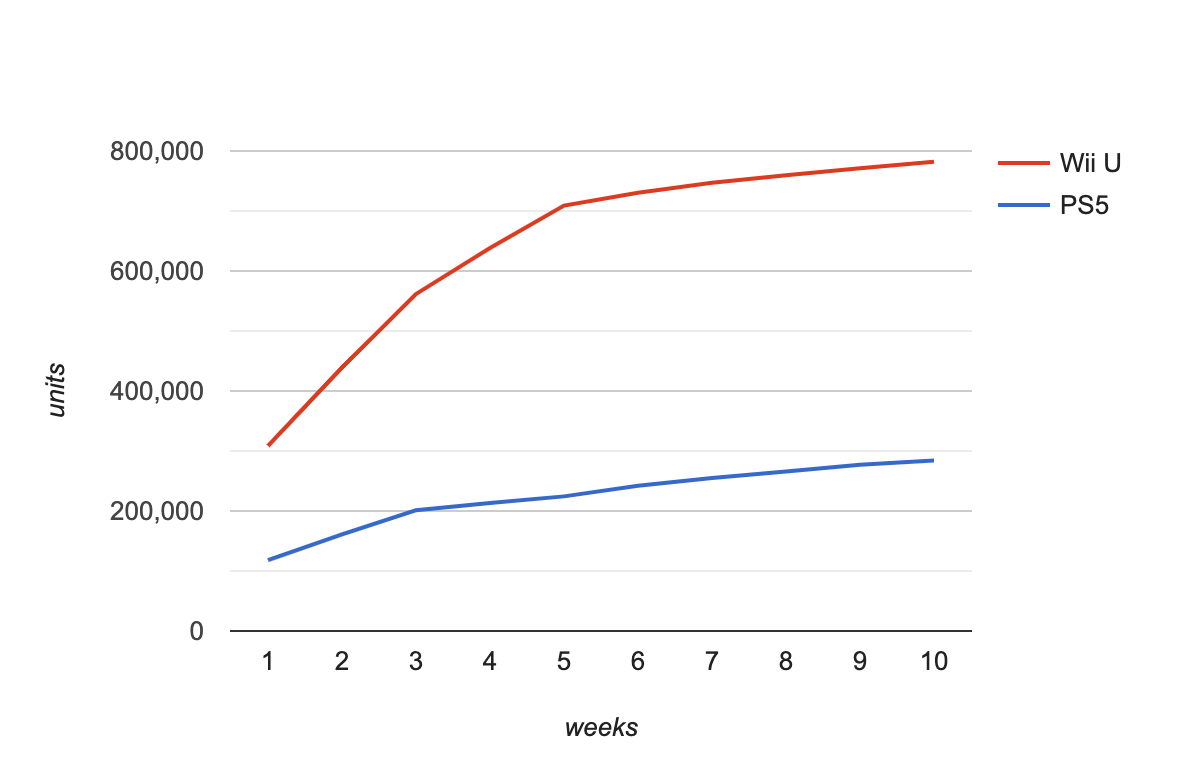 Thank you for posting these numbers every week, Marth!

Switch sales are amazing, that's DS level of sales. As for the PS5, no matter if the low sales are due to shortages or lack of demand, the numbers are not good enough to be a viable platform for Japan-focused developers right now. Let's say sales pick up a bit and the PS5 sells 1.0 to 1.5 million units this year in Japan: That would make it very hard for Japanese devs to turn a profit. I expect many companies to try to support Playstation consoles for as long as possible, but the most likely outcome for the next few years is that many releases will be multiplatform (PS4/PS5/Switch at first and then just Switch and PS5) or even Switch exclusive, as the PS4 user base won't be viable beyond 2021.

And that might result in a noticeable shift in powers: Right now, Sony is under pressure from Microsoft with GamePass and their acquisitions in the West and from Nintendo's market dominance in Japan. In two years time, a decent number of popular western games could be exclusive to Microsoft, while a decent number of Japanese games could either be Switch exclusive or multiplatform instead of being exclusive to Playstation.

If you need something about Japanese market from the perspective of Japanese, please contact me.