This. Covid will be affecting the industry til around 2022. I doubt we will be moving on to a new gen 3 years after that.

I don't think Microsoft is done buying big studios, they will have another 1-2 big guns in their roster before this next gen is over and they will have a commanding lead in the streaming/service side if I had to guess right now (ie: the fabled Netflix of gaming) which is more important than physical hardware install base.

But even on that side I think MS will eat into Sony's marketshare, particularly in North America, I think they could outsell the PS5 in US + Canada.

If gamepass does what its designed to do then XBOX will sell less this gen because you dont need an XBOX to play it. Unlike Nintendo and PS you need their hardware to access their services and 1st party games.

Sony consoles seems to naturally want to cross 100 million each gen, Sony literally have to eff up for it not to as we saw with the PS3.

With the Xbox turnaround I think it will match the Xbox One and will reclaim North America over Sony.
For PS5 they will have less sales in Japan and North America, but Europe will continue to be the biggest continent for Sony.
I think PC gaming has grown so much that it will hurt console sales this generation, and game streaming will impact it in a few years.

switch(lite) being cheap and probably getting nearly all japanese third party games is going to hurt the argument to get a ps5, and its going to hapen with nintendo probably maintining the stranglehold it has on the market there. its position as a secondary and a casual gaming device at the same time makes it that its a decent only device and at the same time an amazing secondary one.

also bear in mind ps4 did so well precisly becasue all of its competition fucked up.

Agreed, but where is your perdiction?

These are always fun...*grabs popcorn*
It's tough to even remotely predict lifetime sales until a year or two into a platform's life. But I'll stop rambling and I'll bite with early predictions.
PS5 finishes with around 105 million units, surpassing the original PlayStation by about 2.5 million units.
Xbox Series S/X finishes with 55 million, which is either about the same or about 5 million better than the Xbox One (obviously the Xbox One S is not discontinued yet).
The dedicated hardware market is stabilizing to shrinking in terms of hardware sold each generation. It's not on a clear uptick anymore, and it's not going to hit its crazy high 510 million units peak of the seventh generation (Wii, PS3, Xbox 360, DS, PSP). 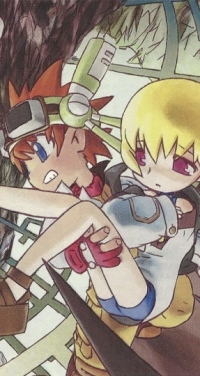