Forums - Nintendo Discussion - Do you plan on getting the now officially announced 3D Mario Collection?

Will you buy the 3D Mario Collection?

Me too, but I've always wanted SMG in HD and, as mentioned before, I HOPE they do some little tweaks and improvements like they did with Wind Waker HD like fix the camera in Sunshine. At the very least, I'll be happy to have them on the go.

I wasn't the biggest fan on SMG 2 but I would've liked seeing Super Mario 3D Land. 🙄

Nope. Over priced really for what is essentially a straight port. Why didnt they Remake atleast SM64. It just looks crap compared to all the recently remade PSone games, RE2, crash, spyro etc.

Wait, this collection is going to be available for a limited time only? Why? That makes no sense whatsoever. I could kinda understand the physical version being limited in some way, but what reason is there to make the digital version limited as well? That's just ridiculous.

First off, we don't @nintendo here.  In other words, we're mostly talking amongst ourselves, which I think is a healthy way to vent.

Second, something not being worth the price they are asking is much different than "I really wish if enough people called Nintendo out on social media about Super Mario Galaxy 2 that they would add it to this compilation for free."

If you don't think @ing a company and demanding something for free isn't bullying, then you may want to expand your definition of the term.  I think requesting Mario Galaxy 2 as a $10 DLC might get more traction and will come off way less entitled and might get you the DLC for free anyway.

I don't take exception with the desire and opinion, I take exception with the method and the intent...and the openness with which you laid out basically an extortion scheme.  "Give us what we want, dammit, or we will flood your Twitter presence with bad PR."  Kind of an odd thing to do to a company that you "love" and can't wait to enjoy their products. And who knows how much $$$ you're saving or making with your campaign, especially considering we don't know their plans with SMG2.

No, I don't think telling a company that you don't think their product is worth the price they're charging and asking that they add something to the product to make it worth the price is either bullying or extortion. Nor does it fit any other definition of the term that I've been presented with.

I am, pre-ordered it yesterday. Simply haven't played these games.

But I must admit, the more I think about it, the more the lack of Galaxy 2 bothers me. Specifically because it's such an odd and needless omission.

You literally just did, he's a male gamer who joined in 2007 and has posted here 11 times.

Seriously though, you're being quite silly here. Like, saying people shouldn't openly criticize Nintendo because it's a company they "love". People might love Nintendo's games, in some occasions even some of the people behind the scenes, they might like the way Nintendo handles themselves about a lot of things, but Nintendo is still a worldwide company driven by profit and if they are doing something anti-consumer, then they deserve to be criticized at the very least.

In fact, if you wanna do this thing where you pretend issues with a worldwide company can be a personal thing, let's take it to a more personal level. If a close friend of yours did something repulsive, would you defend them or criticize them? They deserve criticism, if you love them you're probably the most qualified to do it because they'll know you're not just openly berating them for the sake of being a hater, you're doing it because you're genuinely disappointed and want to see them improve. That's how things should be.

That's not how things are when it comes to an average consumer vs. a worldwide company, but in your example, it is still the right thing to do. You might think this collection isn't anti-consumer, and that's okay, but a lot of people see it that way and they're in their right to complain about it. This has nothing to do with the fucking end of the world, either, it's ridiculous to say we can't complain about small things like these just because there are greater issues in the world - especially considering how we really have no control over those whatsoever.

I don't know why you ever got so defensive over a clearly low-effort compilation of old games, but you made yourself look bad while at it. Just go ahead, buy the game, enjoy it, there are a lot of people who will do just that and be fine with it. The games are good, after all. But people are in their right to complain if they think the product could've (or should've) been better, which is probably the case here.

It could be just a timing thing. I don't know how much effort it would take to polish up these games, but it may just not have been feasible to do it and still get it out when they wanted, especially with the virus. Since this runs on the same engine as Galaxy, someone with more knowledge may have to let me know if that's a viable theory.

Also, I'm not 100% sure it won't be included either as an unlockable or as DLC (paid or free). This is just my theory based on the image they made for the game. 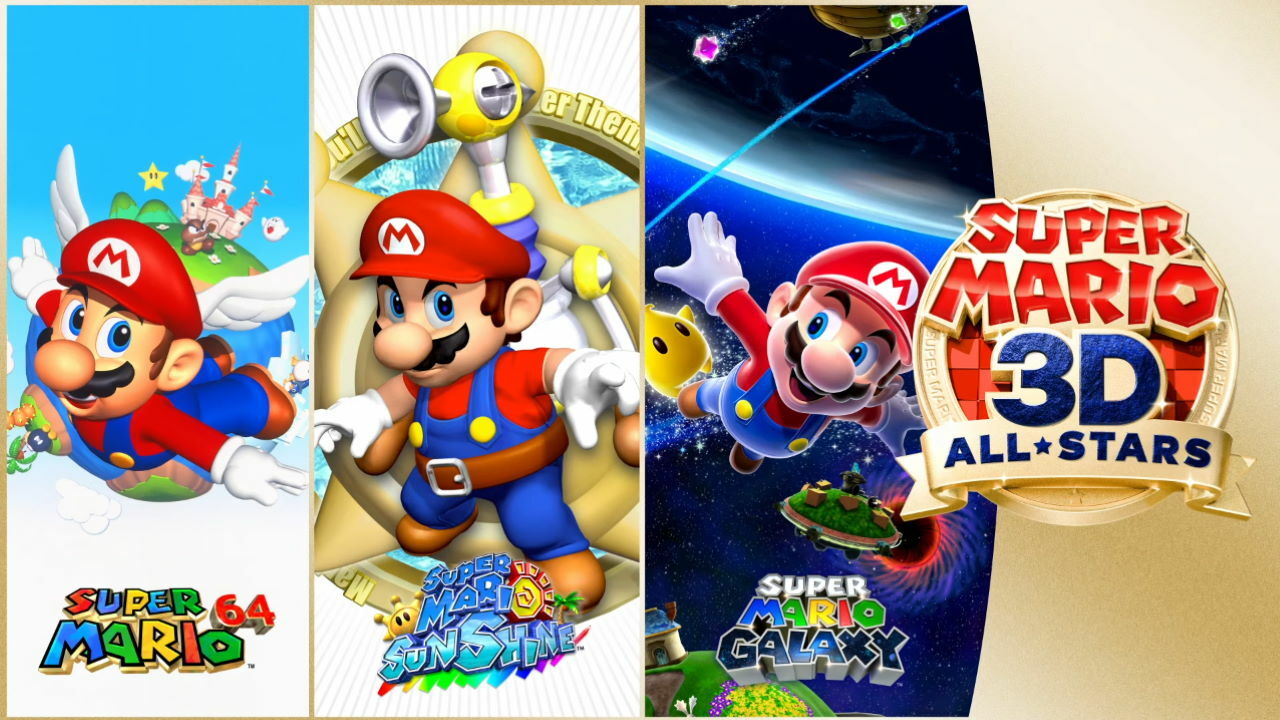 IMO that space on the right looks oddly empty and out of place.

I hope it's free, though ... Galaxy 2 was originally supposed to be paid DLC for Galaxy

I would definitely not expect it to be included as free DLC, don't recommend getting your hopes up that much.

In fact, I'd be even more pessimistic and say that the weird-looking right side of the image just looks like that because of how little care Nintendo actually put into making that, and that Galaxy 2 isn't coming at all. But there's definitely a chance that it'll come eventually.