Release should be today. Gonna be interesting.

Monster month, looks like stock is making its way back. That's a weekly average of >118,750. Bodes well for a near-record September (Wii 08 at 687K is the highest).  Switch Lite launching last year won't even matter, topping 429K should be easy.

Also confirms that May-Jul declined due to short stock, and demand tapering off was minimal.  If August sales were backloaded, then late August may have been closer to 150K for the final few weeks. 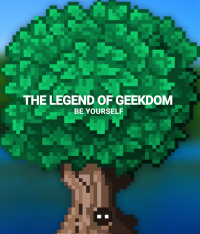 Makes you really wonder what it could sell like if they could sell without any stock issues.

Switch being up more than 100% year over year in August hurts Shadow's analysis from a month ago.

Switch is just wiping the records this generation and previous generations! No major releases and no price drop.

It was very much stock issues for the last couple of months, do not know how one could analyze decline, when stock isn't stable. Even in Japan where the number might be some what consistent, it still facing stock issues and we know this because of lotteries needed to get supply.

That's why I laugh every time someone says that Nintendo is hurting themselves by not having Directs. They are better off just being quiet and letting word of mouth sell their systems. Sony/Microsoft are so focused on Terraflops/SSDs/etc and Nintendo just shows that what matters most is good games. The Switch is looking like it could possibly break 30m units in a single year...