The definition of what qualifies as real next gen just changes with you on a case by case basis. Strangely always to the benefit of PS5 and the detriment of Xbox. You've already said in this thread that immersion is huge for next gen, even if the core gameplay hasn't changed. You saw no gameplay of HFW, just a cinematic that showed us zero new gameplay elements but it was still ok because "it looked great". Yet somehow Halo looking great on XSX would still not be next gen. It boils down to what I said earlier, you can have the exact same situation on both consoles but the fact that the XSX also has an Xbone version of the games somehow makes it wrong lol.

Also, the more important question you should be asking in regards to LoU HD/LoU2 is what innovations or enhancements to gameplay have there been to justify such a long development time, removal of MP, and lowering of resolution and frame rate? Because I have double digit hours in LoU2 and so far it's just a more action focused LoU. But again, according to you, the same core gameplay is fine so long as it "looks great". Immersion and graphics above gameplay, even though when you originally started your anti-XSX crusade, it was gameplay before next gen graphics.

I'm replaying the entire Halo franchise right now and I am on CE. You can hit a button to change from OG Xbox graphics to the Halo CE Anniversary 360 graphics. The core game is the same on both settings but Anniversary looks infinitely better and is more immersive. If Halo Infinite launches on XSX and has a much farther draw distance, SSD enhancements, higher resolution and frame rate, and better visuals, by your own definition it's next gen. Until you change that definition to discredit Xbox, of course. Oh wait you just did lol

Everybody knows what real next gen games means man. We've never had a new console generation where we didn't get them, and we also never had a console maker say "Here's our brand new next gen console... But your old one will play the same games, so you don't really need to buy it".

Lumin is an "approximation". - Lumin is a "collection" of lighting techniques all working to augment each other in order to get the best result with a low overhead, it's not the best approach to lighting, shit... It's not even the most efficient, but it's damn well impressive for the hardware it's being showcased on.

For larger objects the Global Illumination uses voxels which are cubes of light.
For medium sized objects they use signed distance fields, which is basically grid sampling.. Another use for it is cloth simulation collision detection.
And for smaller sized objects they use screen-space data.. Which is similar to the approach that Gears of War 5 used for it's lighting.

Yeah it did look impressive, but how do you think it compares to the Nvidia RTX implementation? And which version of RT do you think will make more sense for developers to use (assuming that AMD's Ray Tracing cores perform about the same as on the RTX cards)?

Personally I'm still hoping to see Path Tracing! Not in 4k, of course, but in 1080p with something like DLLS enabled, who knows :)

Oh yeah everyone knows what real next gen means. That’s why your definition shifts constantly. You just zig zagged with it again. Also keep in mind this is subjective. You dismiss 60fps and higher as a waste of next gen power yet to others it’s a great use of it. Either way, it’s utilizing the power of the console.

Also didn’t we just see an Infinite type situation with BotW on Switch and WiiU? Can anyone remind me how that turned out? Is goopster right, people shunned it as it was not “real next gen”? I’m assuming it sold like 11 copies or something.

From DF review on GT7 seem like it use path tracing of 1/4 or even less than that with upscalling by temporal reconstruction.

I’d think of it more as Witcher 3 PC vs Witcher 3 on Switch in terms of gap where the high end version stands out on its own merits. Plus they did announce Halo is natively built around Series X and thus will be ported down so not the same as a porting-up remaster like LOU on PS4.

I maintain this is only for the launch year, where no developers are able to squeeze out maximum potential out the gate. So in the meantime, MS just not gonna abandon late adopters day 1 next gen, which I think is win win.

Digital Foundry: How long did this take to develop?

Piotr Chrzanowski: Over a year now. Well it depends on whether you want to add the business stuff, but then I would say it's around 12 months at this point.

Digital Foundry: How did the first attempts at getting Witcher 3 running Switch pan out?

Piotr Chrzanowski: We had the project set up in a very clear [direction]. We wanted to achieve each stage that was planned - what was aimed at. Of course one of the first things was to make sure that engine would actually run on the Switch. I would say the other big milestone was to have a piece of the game actually playable. So we went with Kaer Mohren with the prologue, because it was a self-contained world that has all the systems, including combat etc. We looked through that, we saw how we needed to shape the next stages of the project. And then we could expand to the White Orchard, and then to the rest of the world.

Pick a busy street in Novigrad for example, and the lowest reading comes in at just 810x456. For perspective, that's 63 per cent on each axis of 720p.

Jump to PS4, and there's not a tangible a difference in NPC density, just going by eye. Of course, their draw distance is compromised on Switch, but the rendering range on NPCs is generous enough to cram everyone in. The only snag is that the frame-rate on characters is halved towards the distance.

Beyond the inevitable blurriness, there are further downsides. The first is pop-in; often it's well-handled, but Switch has limits in how quickly it can draw everything in. The big trouble spot is cut-scenes; fast camera cuts overwhelm the system, and the way geometry flickers in and out can be pretty glaring. Detail-rich areas such as Novigrad can also push the streaming systems hard, resulting in pop-in that varies on repeat tests.

The Witcher 3's drive for compression also has an impact beyond FMV quality. Textures and sound also take a hit. Texture assets and filtering are of a notably lower quality, where a form of trilinear filtering is used which adds to the generally blurry look - while the assets themselves are essentially very similar to the PC' version's low setting.

Docked play is solid, but dense areas like Novigrad will see performance drop to something closer to 20fps. Portable play is similar, but not quite as robust overall.

A lot of work, a lot of compromises and downgrades. And what does it prove, TW3 has no next gen game play, just better graphics!


Yep, if you work long enough on it and comprise enough you can port things down quite a lot 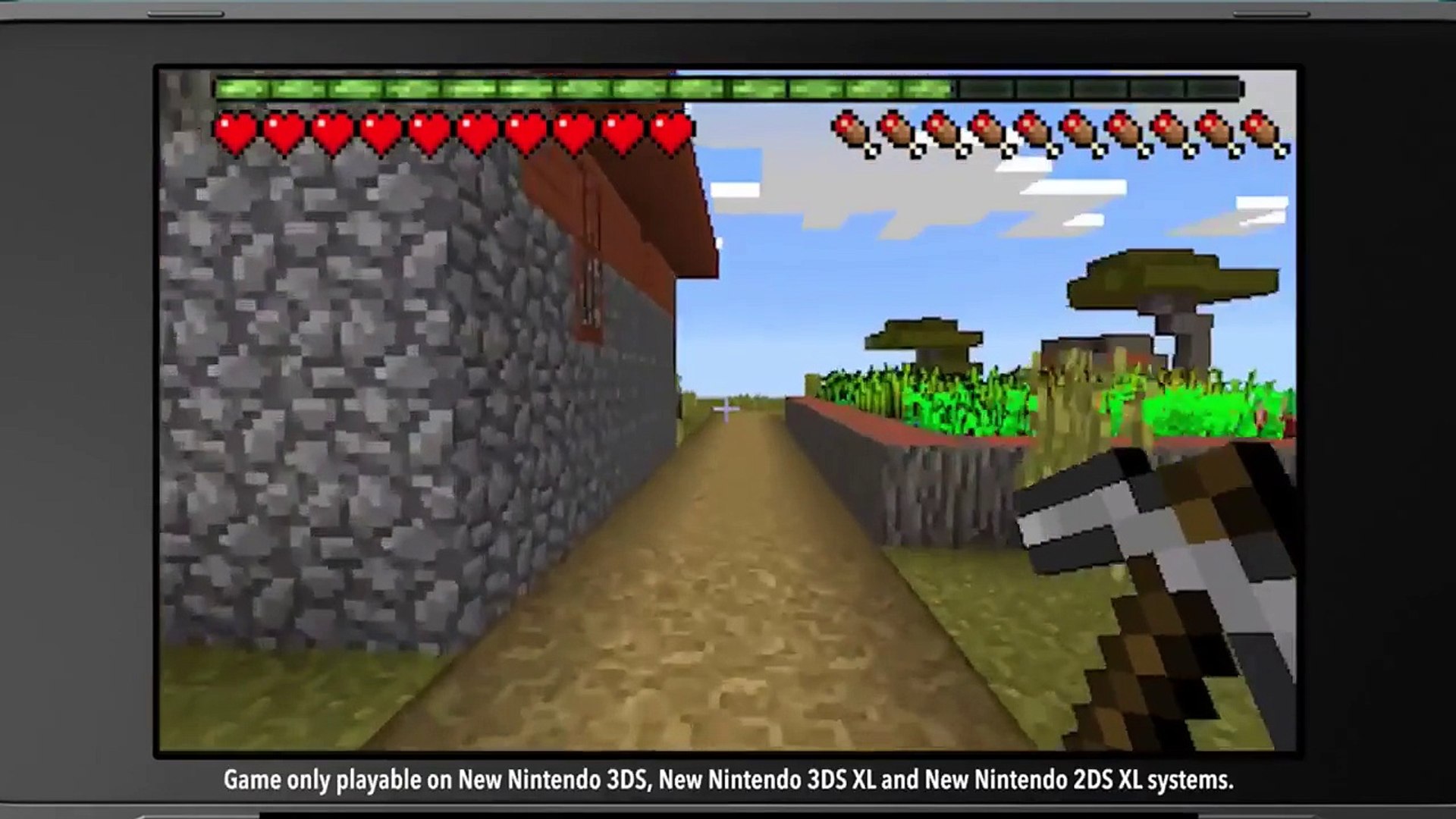 Of course TW3 and Minecraft have nothing to do with automatic scaling. Tons of work went into these versions with severe compromises. TW3 got the game play in yet Minecraft not so much.

Anyway these examples have nothing to do with being held back, since the 3DS version of MC and Switch version of TW3 came later and had no influence on the design of each game.

Bold: Two seemingly contradictory points that show you definitely looking at this from a negative view. Almost like you have a pre determined narrative...

I can imagine LOU maxes out benchmarks because PS4 can handle it. LOU 2 is what it is because the PS4 Pro is not a well designed console. It struggles to hit benchmarks like Xbox X easily can. I imagine it’s the same scenario with PS5 and Series X where Sony didn’t think to give it enough power to make way for a fast SSD. Series X has more of a shot to do both.

So if Halo on XSX compared to X1 doesn't show the same difference as Witcher 3 high end PC vs Switch we can expect you to complain a lot?