One of the last times I played AoE2 was when 6 of us came together at the office on a Sunday to play on the largest possible map size in LAN. Tech could not keep up. It went fine at first but by the time all six of us were running into the 200 unit limit the game or rather network code had crawled to a halt, 1 or 2 fps, unplayable and we had to forfeit the match.

What can SSD do, more units, more buildings, more changes, instant back and forth with hot keys. Picture in picture, multiple views, helping out the ram requirements and allow more variation and customization in units as well. The cloud can keep people connected for big versus matches and help out with overall management.

Don’t forget people loyal to PS themselves. Better to compete with the weaker hardware then one that’s considerably better.

You needed to buy a HDD for the arcade for certain games to run and you can't install all acts of MGS4 on a PS3 Super slim.
The fact that gimped consoles existed didn't mean games were held back to be able to work on those!

But of course not all games will need the speed of an SSD. Some will, if they won't be held back. ps3 and 360 had other limitations as well making the slow HDD and Blu-ray speed less of a problem. 2 generations later, HDD is the biggest bottleneck.

So the poorly formed opinion of a random person is the same weight as Phil Spencer whose console weren't able to compete at all? Gotcha.

Destructible environments were in Red Faction back in 2001 on the PC/Xbox/Gamecube/Playstation 2.

Shenmue had dynamic weather back in 1999 on the dreamcast.

Thief: The Dark Project in 1998 pioneered Stealth... And stealth mechanics have typically always reverted back to those games on how to do it right.

Metal Gear Solid 3 on the Playstation 2 you could hide in tall grass...

Agreed. I think we need to wait on the games to see how things actually play out in my opinion.

We haven't seen anything that hasn't been done before, not mechanics wise anyway. - Visually things are on an entirely different level... But you know what people are like, new hardware, new hype.

I am super excited for next gen, just not excited about some of the claims people are throwing out... Because for all intents and purposes, games will still be designed with legacy hardware in mind as developers migrate to the newer platforms and rework their tools... Even then many franchises work on a formula because it sells, so we may not see much deviation in gameplay mechanics.

That's not to say they won't be visual spectacles, far from it.

Same. Noticed the same. I can't tell the difference between a 240MB/s Sata SSD on the Core 2 Quad Rig, 500MB/s SATA SSD on the old Sandy Bridge rig, 2.5GB/s SSD on the Ryzen notebook or 3.5GB/s on the Ryzen Desktop.

The main benefits that SSD's brought weren't transfer rates, it was those insanely low access times, the CPU is still tasked with procedural generating, decompressing and other tasks which can hold back loading throughput.
It's also why the Switch see's a load-time decrease when the CPU clockspeed can run at max speed.

Games that have allot of small non-contiguous files though see massive performance increases shifting from mechanical to solid state, it's those low access times that makes the big difference.

For the most part the PC just dumps everything it can into memory, so there is less of a reliance on streaming assets... Helps that a mid-range PC sold/built these days has around 24Gb of total memory. (System+GPU.)

Plus the OS does allot of hard work caching everything it can into free memory to reduce it's reliance on storage.

Next-gen though will be very disruptive to I/O and storage technologies, can't wait to see what it means for game design.

I can't enforce a definition of "next gen" but mine doesn't allow The Last of Us Remastered to be a "next gen" title in the PS4 when it released simply because of a facelift. It was an enhanced edition of a last gen game.

If Micro releases Xbone-SEX multiplats and makes the Xbone version look good and actually sell the idea that those games look good in both versions then they can't help but put themselves in a ditch when they try to argue that what they are putting out in terms of exclusives put PS5 dead in the water.

If Xbox One can get the job done, enough for Micro to release a Xbox SEX game because they think it is worth buying in Xbox One, then PS5 does that and more.

You can't try to undermine the gap between your old gen and new gen while overselling a supposed gap between your console and your competitor's which runs parallel to what you offer hardware-wise.

Of course, this may be a temporary situation until Micro stops sharing SEX exclusives with Xbox One.

Destructible environments were in Space Invaders in 1978 :p However can you imagine what Crackdown promised, without the cloud, in a full scale world. Fast read/write access will make it possible to have large scale completely destructible/alterable worlds, shape the terrain anyway you like without limits. Yep, can't wait to see where games will take us next.

You can also see it like this. HDD is like dial-up, SSD cable/fibre. Why keep making games for dial-up internet.
It's pretty crazy to realize that the fastest home fibre internet you can get atm 1 Gbps, is faster than reading from HDD. Your download speed is actually limited by how fast the HDD can write the data to disk... My laptop HDD topped out at 640 mbps read speed.

Max SSD throughput will be 40 Gbps on Series X, 72 Gbps on PS5. Apparently NASA has that beat already. NASA has the world's fastest internet with a connection speed of 91 Gigabits per second. Then Australia comes along with 44.2 terabits per second. Cloud is ultimately the future.
https://www.sciencedaily.com/releases/2020/05/200522095504.htm

That is all entirely possible now, it's just making the assets takes time and money.

Just keep in mind that many of the promises people are "proclaiming" to be coming next-gen have been many of the same promises we have had every gen.

1Gbps thus converts into 125MB/s. - I have hard drives that are faster than that.

640Mbps equates to 80MB/s. I have had Laptop hard drives that are faster than that.

Now 10 Gigabit ethernet/internet will definitely hit some mechanical disk walls... However keep in mind that internet tends to function on latencies measured in "Milliseconds" rather than "Nanoseconds" of a mechanical disk, so a mechanical disk still has significant advantages over high speed internet connections.

Either way, the storage is entirely redundant if you can fit everything into Ram anyway.

Yes, there are faster ones, I'm just using the benchmark crystal disk gave me for my laptop, 79.92 MB/s sequential read speed, hence 640 mbps. Avg is 100 MB/s. HDDs are also CLV so it also depends on whether the data goes on the inside or outside edge.

RAM is always a constraint in consoles and the increase from this to next gen is rather little. However thanks to SSD a lot less will need to be kept in RAM. Consoles can't fit everything in RAM.

Crackdown apparently wasn't possible now (as promised), it kinda sucked compared to the tech demos early in the gen. Internet latency and having to compress down to 1.5 mbps were likely the main reasons. That 44.2 terrabits per second internet will also not help game streaming as long as latency and jitter are still an issue, but it is interesting to see what can be possible in the future. At least image quality can vastly improve for streaming.

Anyway it was just an analogy, HDD = dial up speeds, SSD = cable/fibre speeds.
Can you play Fortnite on 56K modem... Of course somebody tried lol 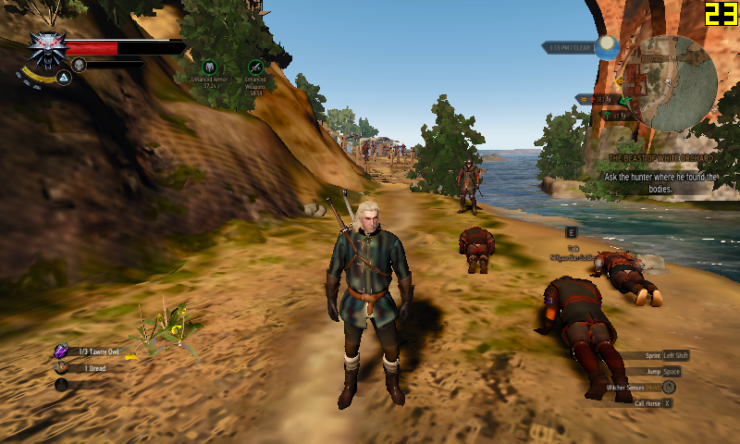 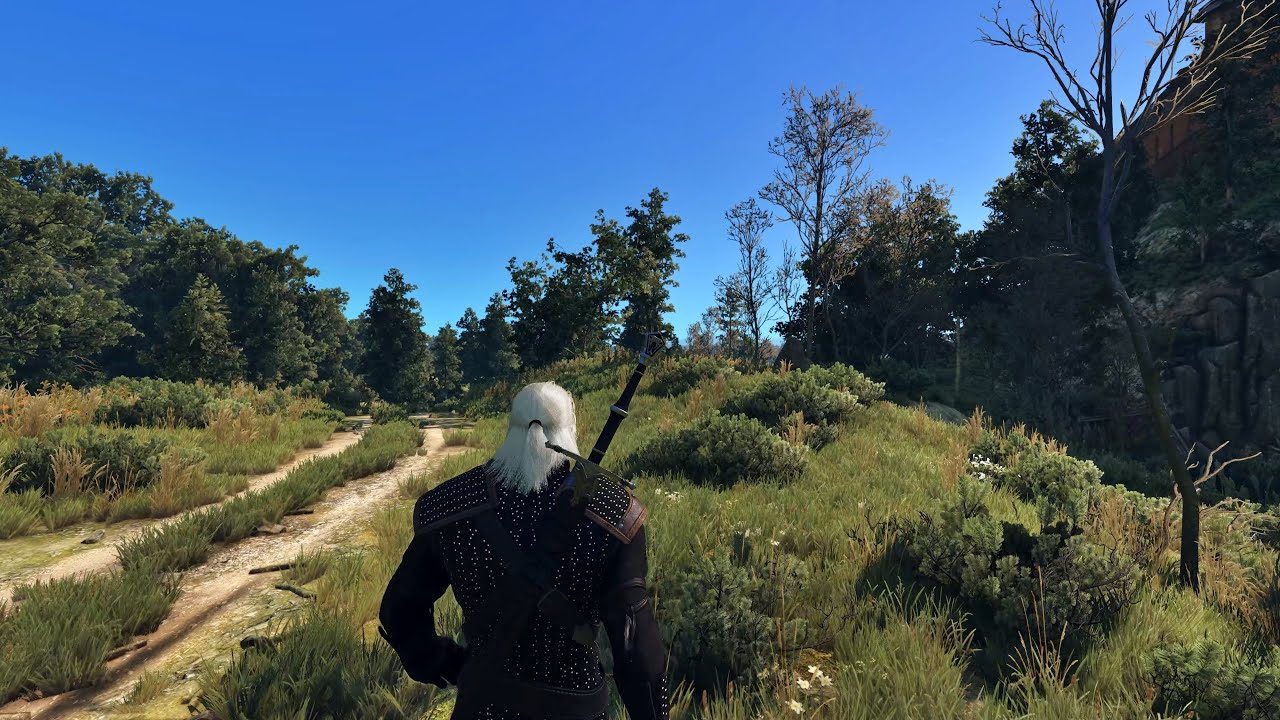 How do you explain this?. Do the images of the witcher 3 not look at least 2 to 3 gens apart?.

I wonder how many devs it took to make both versions....