For sure. Police brutality is a universal issue, but it is one which does a disproportionate amount of damage to poor and minority communities. And not just police brutality, but injustices throughout the entire justice system. The system needs foundational change and has needed change for generations. What we are seeing is not solely the result of any specific injustice, but a result of the failure of the system to change in a way which promotes justice for all.

Perhaps for you, but just look for Index worldwide and you'll see average income improved, life expectancy and several other metrics. But if you don't like 10 years use 50 or any other number. Matter of fact, saying things were never this bad is completely wrong.

Locally and some things got worse? Yes. Like in Brazil 50 years ago violence was almost inexistent, 3 years ago there were 65000 killed yearly on violent crime, last year the number was like 40000. But if you look for other diseases and the average life expectancy it did improve. Economy because of recent crysis have been at same level or worse than 10 years ago, but again less people are starving. Call me optmistic if you want but the reason why we can focus on "smaller" problems is because we have solved most of the bigger problems in most places.

You are quite young and probably only conscient of several topics for like 5 years, so everything looks worse now. And matter of fact most people will think things only get worse, that is because the more time they live the more bad stuff they see compared to their innocent and thrilling youth days. Why do you think most old folks are very nostalgic people?

it goes beyond racism. There is an issue within the police force , alot of inadequate cops, who not only have been responsible for deaths of blacks, but alot of whites. Deaths that didn't involve racism, but just sheer stupidity and lack of any human compassion that they are dealing with fellow humans, who may have metal conditions. Yet only blacks stand up for what's wrong and make it a big deal, the white americans who happen to get hold of footage of white men being killed by injsutice, tend to move on pretty quick. Either way, the policing system needs an overhaul, the officers that go through training need better psych evaluations and and overhaul on restraint and , topics about race, the value of human life and so on 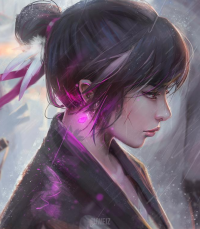 When the peaceful protests weren't being heard, this is what happens.
Fuck racism, and fuck the police.

One of my biggest pet peeves is people acting like the world is doomed and has never been worse when statistics show that its actually the opposite.

Too many people cling to hyperbole and fear mongering and it is incredibly grating. That isn't to say that there aren't huge problems facing us today or that we won't hit rough patches (2020 is definitely a rough patch). The George Floyd killing was a huge wake up call and really shows that something needs to be done to fix the police system in America. But overall things are still on a positive trajectory which has been the trend since the 1400s.

Why is this so hard to understand for some people...

Hopefully this whole situation will make people realize that a strong welfare state and helping the weakest segments of the population is essential if we want to avoid social disorder when the situation gets dire.

Well, it didn't take long in this thread before I saw the idiotic "All Lives Matter". Anything that empowers black people is always met with something to put it down, it's sad.