The reason why the random reads are slower on an SSD is actually really simple...
It's much easier for an SSD's controller to read and access "pages" of data that is next to each other rather than access it from completely opposite ends of the SSD, the data request doesn't have to travel as far.

The further the data is away, the longer distance that data has to travel hence impacting seek times, it's the exact same issue a mechanical drive has, just on a much smaller scale.

And the more requests you have the more contention you have in the SSD's controller, it can only do a finite amount of tasks at a time due to processor and memory limitations.

It's still the best form of consumer hardware Ray Tracing we have, AMD doesn't have Ray Tracing, Ampere, Playstation 5, Xbox Series don't even exist on the market.

But you are correct, it's only first generation stuff, more improvements will obviously be made, the PC never stops improving.

RTX 2080 Max Q super is still inferior to Desktop RX 5700 XT no matter what . The amount of clock speed alone prove this, It's just an RTX 2080 with lower clock speed that match RTX 2060 performance. PS5 is way way much faster. claiming it the other way around clearly bias and spreading lie

Also Unreal Engine 5 that demoed require a fast IO speed , i doubt the Laptop has such speed on it;s drive , eben it exist it will be super expensives.

I bet that UE 5 run on Nvidia Laptop is HOAX. 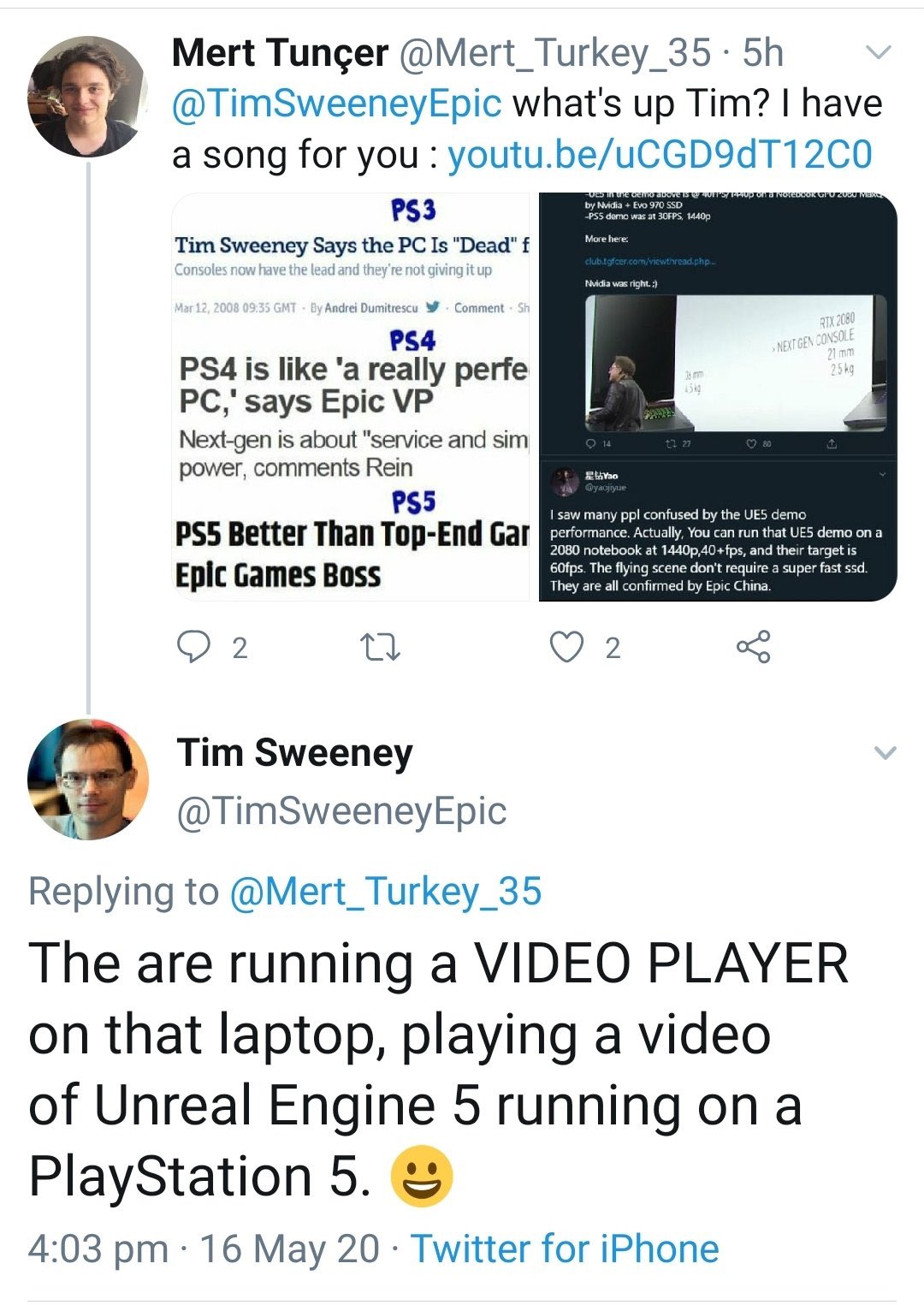 The Video is HOAX,

I guess that he is less credible than unkwon random china employee.

Which is why it's not connect.

2080 desktop is faster then 5700 XT in some games (most of the times actually) but not the Mobile variant.

The original translation didn't mention Max Q but instead said 2080 mobile which is different. If it said Max Q, I would have said otherwise.

STill related, a mobile version always  inferior to desktop variant. If it has the same performance your Laptop will only able to run for 5 minute LOL.

EDIT: BTW I am not saying you lying, I am referring to the Chinese guy from the Reddit that claim Unreal Engine 5 demo  run on Laptop GPU.

Correct but it is still generally as fast as the 2070 Super Desktop which is faster than 5700XT.

2080 mobile either "super" variant or normal variant it's still using the same 2080 variant that clocked slower.

Even on desktop, the 2080 super is just slightly faster than the 2080 standard.