It's not exactly ruining game, but comic books on the other hand...

It's troubling but I don't generally mind it. So far, it's only been an issue in my eyes when history was changed because of political correctness. To an extent, here 'history' also includes remakes of existing games (although in remakes, some changes even in e.g. character looks are to be expected).

Im not a fan of censoring stuff out of games.
If a dev makes a game a certain way, keep it that way.

Should PC effect gameing? imo no.
The game devs that hire feminists to give them "advice" and then have them purposefully make "ugly" women characters ect.
It think its stupid. Waste of money, and serves no purpose.

Well in a way it limits the freedom of developers who give a damn about being PC. On the other hand most Japanese games don't seem to be affected all that much. Having said that some scenes do come over 's lot dumber like the censored scenes in DMC V. With the fear of showing some skin, although I blame Sony for that. Also blatant agenda pushing makes scenes dumber imo. 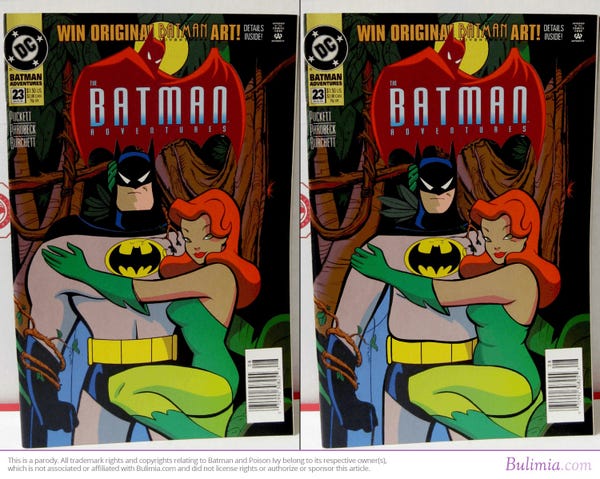 We can accept "super human" beings, with un-imaginable powers.... because its just fantasy.
But buff people? nah thats unrealistic and doesnt reflect something humanly possible.

These are fictional characters, why wouldnt they be buff or sexy?

People that read the comics probably enjoy that aspect.
I bet a "fat batman" comic series, wouldnt sell as much (also suddenly, his inhuman and seemingly unending endurance, and him jumping around on buildings, and flying up them with a grappling hook, makes much less sense).

You ever see any of those parcour jumping people?
Their all thin, muscular people, because you just cant be a fat ass and do that sort of stuff.
Also if your some "fantastical fighter" muscles play a part..... theres no way around it, usually the bigger more musular person wins a fight (in the real world). Why would a comic be differnt?

Yeah I don't get that either especially since the fans of comic books usually don't give a damn about comics. Imagine if the laughing joke was released today.

I am OK with studio and developers making whatever they want and you having the choice as a consumer to play something else.

But it's a game. And in the end, it's up to the developers to do what they want.I played the original, and didn't think that scene to be offensive in the least.I actually thought it to be quite funny.Why? Because it happened to me.I have already been "bothered" by trans standing on the street harrasing me saying "Come have a baby with me" or "Hey there you sexy". Whether what happened in the game and with me is the exception or not, it does happen, while it made me unconfortable, I don't find it offensive.If a game is allowed to portrait harrasment by white or black people, then a game is also allowed to portrait the same topic but with homosexual people.

And that comes from one of the most secure and safe country in the world.

If you want to approach a topic, you WILL end up ratlling one group or another.The problem, personally speaking, is if a topic is made the whole subject of the game AND it's done in poor taste and/or innapropriate.An extreme example: Molestation.If a game had such topic as the main one, and in the game lore it was done in a way that it was ok and it repeatedly kept showing it to you, then that's fucked up.

But if harrashment and everything like that is a subject that is ok to be shown, then it should be ok to show harrasment comming from everywhere,Be it from white people, black people, man, women and yes, gay people.

In this screenshot you providing: "This is a parody." So, apparently you are unfunny.