I honestly think that PS5/XBS will sell what’s shipped basically, they each have there own respective fan base that will buy them no matter what, same as Nintendo does. Like day one I’ll be getting a PS5, just because I can. 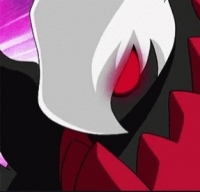 I think people underestimate next gen consoles. PS4 was sold out everywhere, Sony underestimated the demand by a lot, this time they'll be ready for a huge launch. Not only that, but also PS5 will come to Japan this year (PS4 released in Japan in February 2014). Now you may say "But PS5 won't be as successfull in Japan" yes but it'll still sell at least 500K at worst, which is still a good advantage over PS4.

And if the rumor of Series X having 2 SKUs (one at a very accessible price) are true, it'll also sell way more than XB1 3m in 2013 those 2 SKUs combined.

Still a bit early since we don't know if we get multiple XBox series at launch. If Microsoft only sells that highend model they won't have that high sales. If PS5 costs 500 $ the sales also won't be as high as PS4.

PS4 sales are trending down quicker than PS3 but 8m is pretty extreme.

PS4 has only been down for 2 years now, and the first year - 2018 was just barely down, so you can't do this type of prediction based on only 1 mediocre drop in 2019 and to speak about trendings .. I am sure that PS4 will make at least double the sales PS3 did after PS4 launch. (at worst)

Everything depends on Sony. Will they leave it without support like it's dead console just like they left the PS3 ? Or will they support both PS5 and PS4 at the same time, with price cuts for PS4, games, bundles, marketing, and enough price difference between the two. Everything lies on these things.

Gonna make a slight change to my predictions: