That's good news though. If they have to use a crappy GPU anyways there is more room for that 1TB crazy fast SSD of yours!

AMD has a lot of options relatively speaking if the rumors of 8 shader engines hold true. On 7nm EUV, they could even do with a 128 CU SKU if they wanted ...

As for people raising an issue about the choice of game to demo Navi's performance, I don't imagine it'll factor whether it's AMD sponsored or not when just about every most likely potential AAA game benchmarks this year are coming with either DX12 or Vulkan so the playing field is somewhat skewed this year ... (RE2, Crackdown 3, Exodus, Division 2, WWZ, Rage 2, Youngblood, Eternal, Control, Detroit, Gears 5, Halo 2 remake, etc and many more that's probably yet to be revealed)

That is actually a pretty respectable rig.
What resolution you pumping?

Indeed they do have allot of options, plus they have more experience with 7nm at TSMC than nVidia, so that advantage can't exactly be understated.
In saying that, Navi is still going to be a pretty average GPU all things considered... And won't be besting nVidia at 12nm (Aka 16nm Enhanced.)

8 SE's even with 64 CU's and a beefy clockrate should result in a chunky uplift though, especially backed by GDDR6 on a 256bit bus. 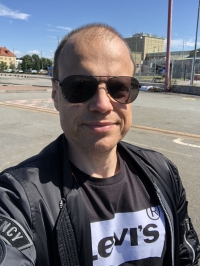 I believe we both want to see a powerful PS5.

I can understand the gloom though and I suspect it depends a lot on the expecations. I didn't expect Navi to be a Turing killer, AMD is/was just too far behind nVidia for that. So compared to RTX, Navi is somewhat a disappointment since it doesn't seem to beat an eight month old architecture, not even when having a process node advantage. However, compared to Vega it clearly seems to be a step forward and indicates the entire PS5 GPU will be beefed up, not just some parts of it, and combined with the performance/watt improvements it tickles my mind to see how far they will be able to push the PS5 GPU.

Unfortunately, AMD is very vague about Navi/RDNA and I suspect there are a lot of misinformation, even from usually reliable sources like AnandTech, going around. For instance, I've not found any indications that the IPC improvement is as high as 25%, which would be quite remarkable. AMD claim there is a 1.25 performance/clock improvement compared to GCN, but that's a different metric than IPC. So either the journalists at AnadTech have spoken to AMD at Computex and the IPC improvements happens to coincide with the 1.25 performance/clock improvement or their information isn't based on facts but (at least in some part) incorrect assumptions.

What is more worriesome though is that AMD don't disclose which GCN based card they have used to come up with the 1.25 performance/clock improvement. In a footnote they state it's the geometric mean for a benchmark consisting of 30 games rendered at 4K with 4xAA. If they have compared Navi to a Vega card, then a 1.25 performance/clock improvement is exceptionally good, but it's more likely they have compared it to a midrange Polaris card and then a big portion of the performance improvement simply comes from the increased bandwidth of Navi and not the RDNA architecture. Similarly they are vague about how they have measured the 1.5 performance/watt improvements. Is that compared to a Vega 14nm, Vega 7nm, Polaris 12nm or Polaris 14nm?

I believe we'll get a lot more info at E3 and until then there will probably be a lot of wild speculations, both optimistic and pessimistic.

Well, so far I'm pleased with the provided numbers. They're not great or mind blowing, but they offer a nice performance increase over AMD's current parts.

We have to remember that Navi is replacing AMD's current mid range cards, the RX 480/580/590s, that competed with Nvidia's GTX 1060. it was never meant to be a high end part. And yet we see the 5700 being compared with the RTX 2070! Even if the end product ends being with 10% of the Nvidia card in real world benchmarks, it will already be a massive improvement over what AMD has now.

By the way, regarding power consumption, there will be two cards that will use 180 and 225W: https://wccftech.com/amd-radeon-rx-5000-navi-gpu-7nm-asrock-two-variants-report/

225W would be pretty bad. The card they've shown should have been 150W at most if they're willing to catch up with Nvidia. 180W and it's just back to the Polaris, pre-Turing status quo.

So just out of curiosity will Anaconda and Ps5 have more powerful cards than GTX 980 ti?

That's a decent setup, to be sure. Your CPU and RAM should be be a good step ahead of the console offerings.

Yeah, I attended a GDC lecture where nVidia showed it off for Wolfenstein 2. They were able to half the shading rate by using VRS when rendering in 4K and I couldn't see any noticeable artifacts. It was shown on a big projector and I sat 7-8 meters away, so there might have been artifacts that I missed. I don't know how well it scales to other types of games, but I couldn't think of anything special that would make it more suitable for just Wolfenstein. Looks like a very promising technique.

So much negativity and we dont even know the prices yet. AMD just trounced intel, cant we have a little more faith. just 3 more weeks till E3 and get the final details.