And there is plenty of NVidia friendly games, some with paid for better performance.

Guys some terrible news, I think navi sucks, look at this tweet:

Another note on AMD's GPU news. People have been asking if the 50% eff. gain is just arch, or arch + process. So I went over AMD's keynote for the specific words used: as presented, it's the latter. So arch + process gains = +50%. But we'll know for sure with a full tech briefing

It's 50% effiency gain with 7nm process and architectural improvements, just doing simple math we are absolutely not getting any crazy Teraflops numbers. The card AMD demoed is at best a 225watt gpu, probably 250watt and has about 10 Teraflops based on the 25% ipc gain. A $400 dollar console (PS5) need a gpu that pulls 120watt and a premium $500 console (Xbox anaconda) about 150-160watt.

Both console will almost certainly be below 10 Teraflops, based on the gonzalo codenamn showing PS5 having a 1,8ghz navi gpu it will likely just have 32CU's with 2-4 disabled CU's giving 6,4-6,9TF. Xbox anaconda will probably have 40CU's but 4 disable for yield improvements so 36CU's clocked at 1,9ghz is my guess and will result in a 8,7TF gpu.

Navi went from super-good to good to terrible. Look at this quote from Lisu Su at computex:

"And then, when you put that together, both the architecture – the design capability – as well as the process technology, we're seeing 1.5x or higher performance per watt capability on the new Navi products"

The PS4Pro already has 36CUs. There is no way a next gen chip has fewer CUs.

Also your 1.8Ghz clock is way too high for consoles, unless we get monster cooling solutions. There has been an image of a navi board floating around for a few weeks now, it has two 8-pin connectors. That alone tells you all about the problems AMD STILL has with power consumption, even at 7nm.

Dont reply or quote to him, he is  a stealth Sony hatter.

I know they don't pay retail, but a $400 at retail GPU in PS5 still seems highly unlikely to me when PS4's GPU was much cheaper than that.

I think I saw that $280-320 pricing rumor for the highest end Navi chipset on Anandtech or another big site, but I could be wrong. 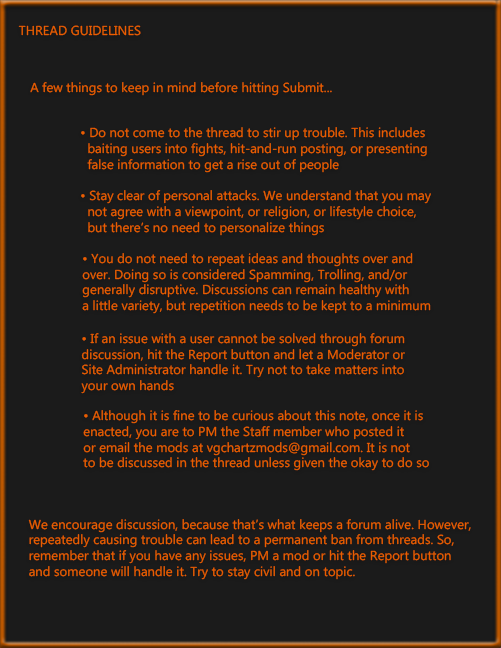 If not to stir up trouble why would anyone come to a thread?

To engage in friendly conversation? Eww.

Navi is certainly a re-balanced uArch, the doubling of SE's over Vega is a very strong hint towards that... GCN was always very compute heavy.
It's similar to what AMD did when they took VLIW5 and made VLIW4, re-balanced the functional units for better overall utilization in games.

I think Variable Rate Shaders will be in, Microsoft is baking it into Direct X, so should be a uniform standard going forward with some luck.

AMD is likely driving up the clockrates hard at the expense of power I think. I could be wrong.
But I would expect power consumption around the RX 480/580 levels, it's not super high.

Anandtech has done some basic rough math and pegged it at almost 275mm2.

There will be some deviation from that of course, it's still a large die for 7nm, to put that into perspective... Vega 7 was 331mm2.

In time though, it will be an extremely cost effective chip to manufacture... But I doubt they will have a costing advantage over the 2070, which despite being 445mm2... It is built on an extremely high-yield, mature and cheap 16nm TSMC based process. AKA. 12nm.

I never expected Polaris to hit the high-end, so my expectations were more aligned to reality back then.

The RX 480 was a good chip, don't get me wrong... And it has aged well. But a high-end part it never was... I do own a Polaris GPU, so I am talking from an owners perspective as well.

Maxwell was just a solid part and nVidia refined it with Pascal.

The reduction in power is probably what Navi needs to bring to the table the most, AMD pushed up the clocks and voltages with the RX 580 and 590, so power consumption got a little out of control...

But it was the same with Vega 64, it's actually an extremely efficient GPU... At lower clocks and lower voltages, AMD pushed it super hard to try and keep pace with nVidia.

At the end of the day though, I found it extremely difficult to recommend AMD's GPU's for gaming towards the end of Pascals life because nVidia was simply the superior option in almost every regard, even sometimes price if you shopped around.
The RTX does lean things towards AMD a little, but not definitively... And certainly not in the high-end.

Anandtech can still get shit wrong (And have done so in the past), but it's probably a good ballpark number.
Either way, we will know definitely in the coming months.

I will probably be an early Navi adopter, I game at 1440P, so it should be the perfect GPU for my needs.

Rumor has it that nVidia may be updating RTX with faster GDDR6 memory rather than drop their parts to 7nm... So that may make things more difficult for AMD and will probably allow nVidia to continue to charge their nVidia tax.

That is exactly it.

AMD still has a faster Vega 7 part they can throw into the fight as well with a full 64CU part...

It's not going to "suck". - It's just not going to be some revolutionary improvement that some people are making it out to be.

It's the same with Zen 2... There is a jump in IPC, but the bulk of the performance improvements is actually thanks to an uptick in clockrates thanks to the  headroom that the smaller manufacturing process brings... And then AMD takes the IPC and Clockrate and pegs it as a "50%" improvement over the old part... Which whilst true, clock for clock the needle movement was actually smaller when comparing architecture against architecture, clock for clock.

CU's and Clockrate play a role hand in hand. You can have 18 CU's and have more performance than 36 CU's.

I think about 40CU's is a good place to be with a high clockrate, 7nm does bring with it a slew of advantages in regards to die size and power consumption remember.

There is going to be a larger emphasis on the CPU next gen though, it's not going to be all about the GPU. Actually excited for the Playstation 5 and what it will mean in CPU based tasks and how that is going to translate over to simulation quality of the worlds being built.