Forums - Nintendo Discussion - What Nintendo systems has Switch already surpassed for you?

Everything except Dreamcast,SNES and Saturn.

Switch is in 4th place as my fave systems.

None. Most of my playtime has been on N64, Wii or WIi U games. Even excluding those then most would be on a remake of a Gameboy game (Let's Go Pikachu). Been playing Mario Odyssey over the last couple weeks so finally something that's unique to the Switch and while I am enjoying it I'd still say 64 and the Galaxy games were better. So yeah, so far software wise it doesn't beat anything.

Although I would say it beats every previous handheld hardware wise. I hate handheld gaming, so being able to play Pokemon on my TV is great. Although I already did that with the gen 1 Pokemon games thanks to Pokemon Stadium on N64, but still couldn't do it with just the Gameboy, or at all with DS/3DS so it at least beats those ones in that regard.

In terms of games, it would already be at number 1 if 3rd parities didn't release those half asses cart games with 80% download required or CODE only.

SNES is still top dog. I also had good times with Gamecube. N64, Wii U and NES. Switch still needs to do some work, but SMTV releasing is a good sign. 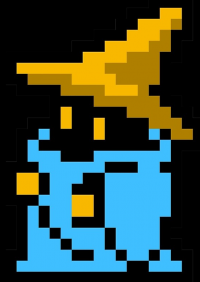 Long time lurker here but I feel like this is the perfect place to make my first post. :)

I'm a old school video gamer in my mid-40s. Prior to the Switch being launched, my favorite Nintendo console was the SNES hands down. I have so many vivid memories on that console, whether it be opening it up and playing Super Mario World for the first time, discovering my first Final Fantasy adventure with Final Fantasy II, or playing Street Fighter II for hours on end with my best friend. It had so many incredible games (Super Metroid, Super Ghouls and Ghosts, UN Squadron, Castlevania IV, A Link to the Past, etc, etc.) and fits into a specific time in history that overcoming that combination of nostalgia and content quality is really hard to beat.

Fast forward to today. Sitting here in 2021, I can unequivocally say that the Nintendo Switch is, not only the greatest Nintendo console I've ever owned but, the single greatest console of all time. It's a combination of the technology, the eco system, and the content. I own more games for this console than I have any other console in my life. Our household has four switches (one for me and three for each of the kids) and we have three televisions each with a dock. The seamless nature of moving the console from docked to handheld to being able to pause it and comeback is such a joy. As an adult gamer, who's also a parent, this has enabled me to actually enjoy gaming again.

All that doesn't mean anything without content. Breath of the Wild, Mario Odyssey, Mario Kart 8, Super Smash Bros, so many great first part titles that are absolute classics. It's more than that through. I'm a kid who grew up in the 80s-90s and was I complete fanatic for Street Fighter II. I literally have every single Street Fighter I, II and III game in physical form. Not a port, the actual arcade games. I was also a huge fan of the Neo-Geo and the Samurai Shodown series. Have a those as well. It goes beyond that. I got to play Gunstar Heroes last night using an actual replica of the three button Genesis controller. I can do the same with NES, SNES and N64 games and, in an instant, I can flip to modern games like Dying Light, Dragon Quest XI, or The Witcher 3. But the best part of all of the above, is I can pop in my Airpods and pivot to doing all of it portably. That is the game changer and the difference between the Switch and every console that's come before it.

Only second to my all-time fave, SNES. To be honest, Nintendo's system has never been just another upgrade from one another. It's like almost comparing fruits past apples and oranges. Wii U is like a Durian. GC is like Dragonfruit. Wii is like Mango. Switch is the pineapple, and SNES is my cherry on top.

I'm a bit younger but the SNES is a very special system for me too, and I also have so many wonderful memories of its many golden classics, from Donkey Kong Country and Yoshi's Island to Demon's Crest and A Link to the Past.

Switch is so, so close now though. I never thought I'd see the day the SNES would be dethroned but Nintendo's hybrid is making a serious run for it.

Wii U, for sure. I miss Virtual Console, free online, and some miscellaneous small things from Wii U.
But the Switch has a superior first-party line-up due to its own titles and having a lot of Wii U ports. Not to mention a far larger third-party library in quantity. And it's not just quantity, it's quality as well.
Switch is among the best Nintendo platforms, even with its many faults. It might be the best to me, or at least up there.